As the Below Deck crew cringed when chef Rachel Hargrove became blackout drunk and took over the stage during a crew day at a resort, Courtney Skippon pointed out the double standard when it comes to male versus female chefs. 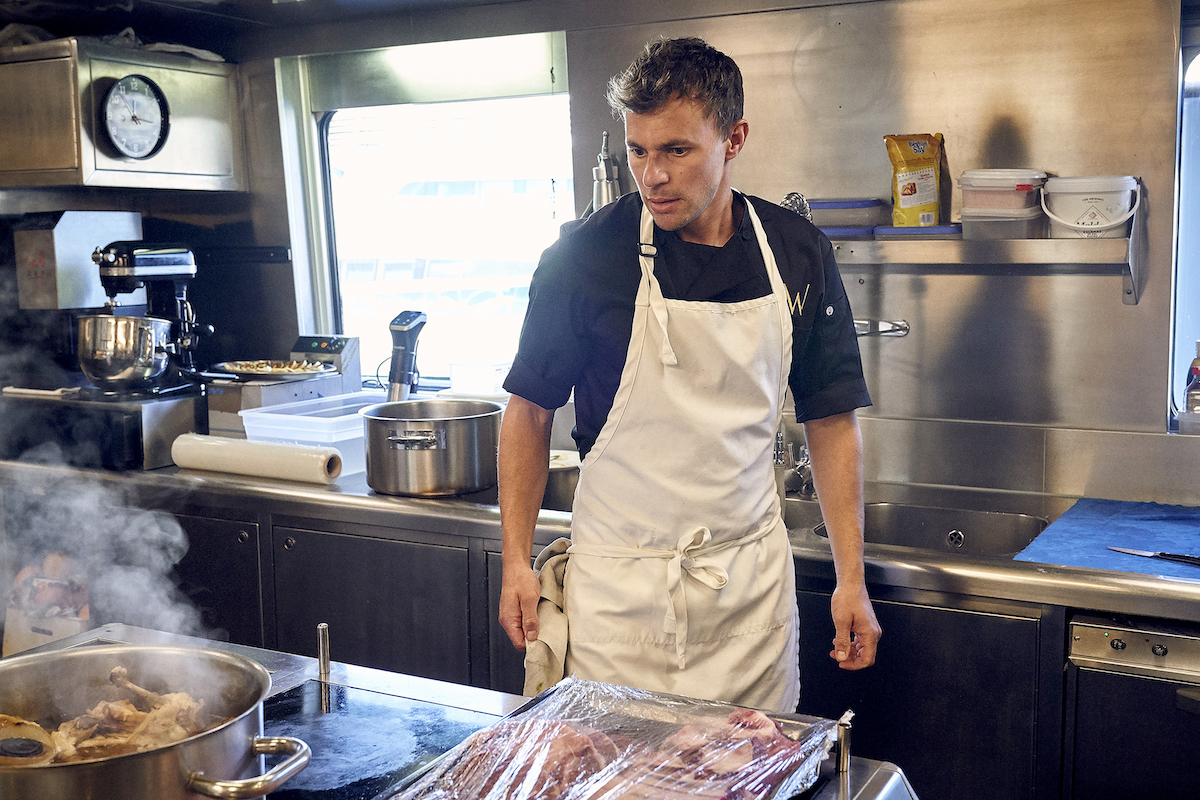 The crew was treated to a day at a resort after another especially stressful charter. Hargrove consistently knocked it out of the park, completely dialed into work. She remained calm and professional, even when the crew wasn’t always there to back her up.

But Hargrove began to drink heavily after the charter guests left and the crew could have some cocktails. She got extremely drunk at a resort getaway and the crew looked embarrassed. And while social media lit up to admonish Hargrove for her behavior, Skippon and Chastain defended her.

Chastain tweeted that fans (and the crew) should give Hargrove a break. “Rachel has absolutely nailed every single guest meal the entire season and earned the bulk of all the tips,” Chastain pointed out. “She’s allowed to let loose on her one day off.”

Hargrove, who has worked with Chastain in the past, reminded Chastain of other drunken nights out. “Kate… Kate… Rachel? Um remember Newport? Lol,” Hargrove wrote. “We got the boss so drunk.”

Chastain quipped back, “Which time?” Hargrove joked that the instances all ran together. When Hargrove took the stage at the resort, Chastain tweeted, “And btw Rachel is a surprisingly good singer and dancer.”

And while Skippon and Chastain defended Hargrove, Captain Lee Rosbach wasn’t amused. “She’s a freakin’ genius- she has to blow off steam somehow,” a fan tweeted during the episode. Rosbach replied, “Not to that extreme, two rules.” He added, “Pay attention Rach.”

Is Chef Rachel’s job at risk?

Deckhand Dane Jackson was fired after he became extremely drunk on a crew getaway during season 3. Some crew members expressed that they felt unsafe around Jackson so bosun Eddie Lucas called a tender and booted Jackson from the resort. Jackson was fired the next day.

However, as Skippon and Chastain pointed out, Hargrove is definitely the MVP of the boat. She also holds a key position that is far more important than the duties of a third deckhand. Previews show that Lucas and chief stew Francesca Rubi clue Rosbach in on Hargrove’s behavior. So what will Rosbach do?

Below Deck is on Monday at 9/8c on Bravo.

What is the Shazam movie about, when will it be released and who's in the cast?