Although Elizabeth Frankini from Below Deck was relieved she wasn’t fired, she may not be off the hook entirely. 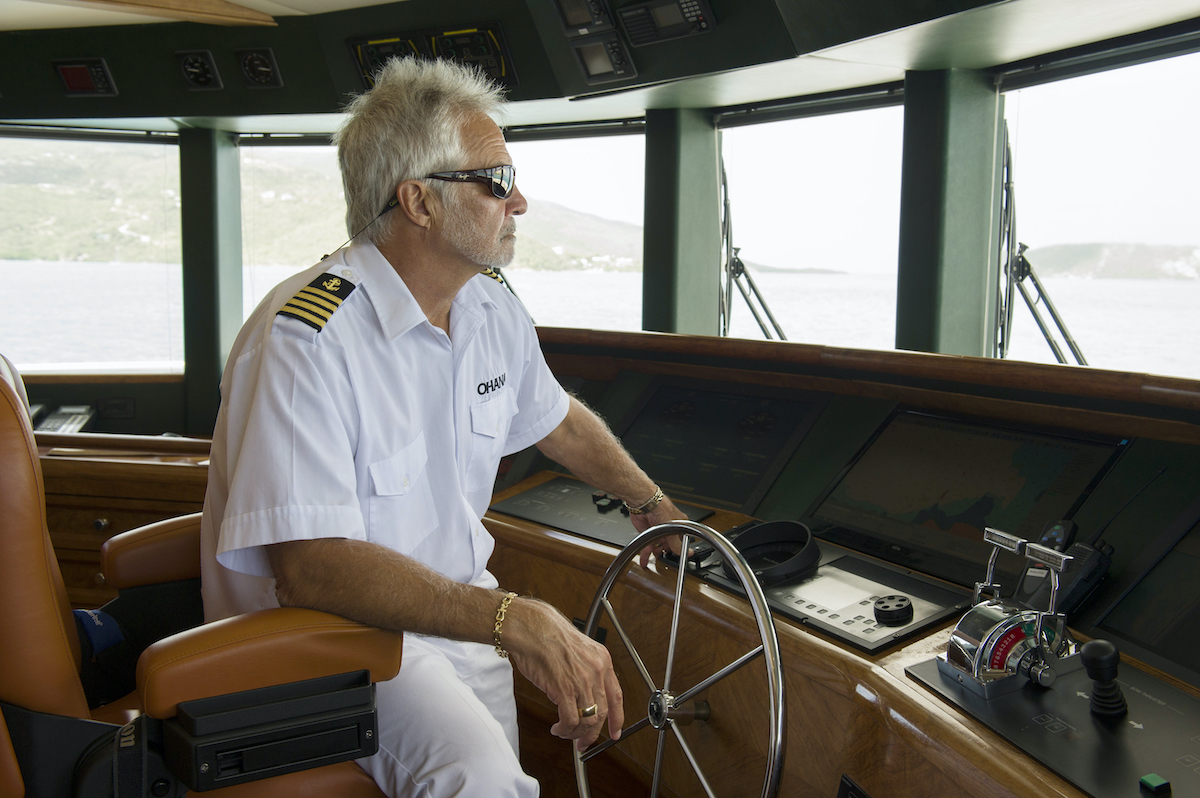 Frankini was demoted from second to third stew during the latest episode. She knew chief stew Francesca Rubi wanted her replaced and said being demoted had almost no impact on her role on the boat.

However, Captain Lee Rosbach blogged that her future on the boat and it didn’t look promising. “Liz, I’m just going back to, I don’t get it, but we have been down this path before,” he wrote in his recent update. “I’m seeing the same behavior, and no change so I really have nothing to say at this point. We will see where it all plays out, but from the previews, it doesn’t look promising. But we will see.”

Do comments about Shane Coopersmith provide a clue?

“Shane did you and Elizabeth go to different schools together. Let just recap the last couple of days,” Rosbach wrote after episode 5. “You are caught sleeping during the day when everyone else is working, you have trouble with the simple knots, and it’s a bowline, not a boatline, then you leave the laz door open, after Izzy told you before she went down, to make sure you close the laz door. We have 100K worth of toys in there that could be gone in a half an hr.’s time and you don’t close the door. To say that I am not pleased would be an understatement. I really hope you can pull it together, because right now, I’m not optimistic, but we shall see.”

Coopersmith was fired by episode 7. “Not everyone is cut out to be a yachtie, no shame in that at all,” Rosbach wrote about Coopersmith. “Hey, what you can be proud of is that you put yourself out there and gave it a shot. Just didn’t work out but realize it’s because your heart really wasn’t in it, I believe. When you find that something that your heart is really in, I feel you will be a success. You have a lot of time ahead of you. Good Luck Shane, I truly mean that.”

Frankini said if demoting her made Rubi feel better, have at it. “I was just so happy I wasn’t fired,” Frankini admitted in the Below Deck After Show. “Like getting demoted, I was like okay.”

“I took a lot of responsibility as second stew but in the end, that’s just a stripe,” Frankini said. “It’s just a name for something. Being demoted didn’t matter to me. I was going to work just as hard. Obviously harder. Neverending of course! If that what makes her feel better about me and more confident in her job, she needs to demote me, that’s fine.”

Rubi said demoting Frankini took some pressure off of her. “As a second stew, I have an expectation of how they work,” Rubi said in the After Show. “And when I took those two stripes away from Elizabeth all of a sudden the expectation was nil.”

Does Frankini step up as third stew or will the crew experience another personnel change? Below Deck is on Monday at 9/8c on Bravo.

Spoilers: Corrie plans sudden exit for Gary as he flees after murder