Let’s play a drinking game: for every piece of evidence that Hiram Lodge is the Gargoyle King, take a shot. (Do not actually attempt this game—your liver deserves better.) This week’s episode, “The Man In Black,” is named for Hiram, and breaks down into three distinct parts, chronicling Archie and Jughead’s adventures on the road, Veronica’s adventures at the speakeasy, and Betty’s adventures at the Sisters of Quiet Mercy. The only character who appears in all three storylines is Hiram, whose villainous schedule honestly seems flat-out exhausting.

Here are five things to note from the episode.

You heard it here first, kids! The ‘90s nostalgia is strong even on Riverdale, a show that never quite seems to know what decade it’s in. Fizzle rocks, the party drug that Hiram, Alice & co. were on back in their Midnight Club days, has made a major comeback in a nearby town, where Jughead and Archie wind up staying after several days on the road. Calling themselves “Biff and Cal” (a bold move to choose pseudonyms that are even less believable than their actual names), Archie and Jughead stay the night at a farm run by two gals named Laurie and Gracie. Their father isn’t around—in fact, none of the men in this town are around, because they’ve all been employed by The Man In Black, who’s building a prison-slash-drug lab on the outskirts of town. Seems legit!

Jughead is the one who figures all of this out, because Archie is too busy living his best farm boy life to care, just shirtlessly slinging bales of hay and making bedroom eyes at Laurie. Meanwhile Jughead’s like “Archie, hi, can you stop being a f*ckboy for long enough to notice that this town is extremely creepy?” 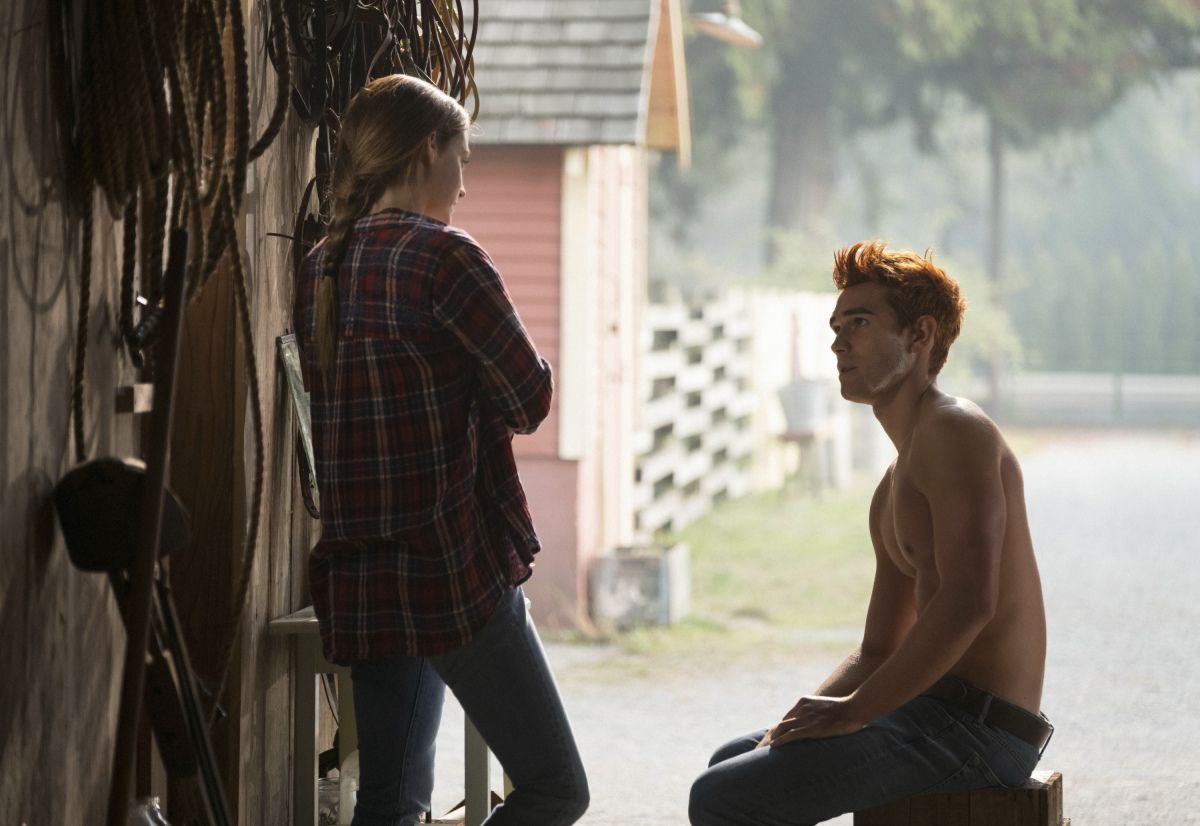 Or at the very least, he almost gives it his best shot. He also makes out with Laurie for a pretty damn long time before conscience gets the better of him (has it even been a week since Varchie’s breakup?). “Something about this place just makes me feel at home,” he says.” I don’t know why.” Archie, bless your heart, it’s because there’s a hot girl kissing you and you are very, very, very, very dumb. Laurie then hits Archie over the head with a frying pan and ties him up in a barn, right after Jughead learns that Hiram Lodge employs Laurie’s father and owns this entire town.

Hiram arrives at the farm to… kill Archie, presumably? Jughead shows up just in time to save Archie, but instead of getting the hell out of there, Archie is determined to stay and “end this nightmare once and for all.” Jugheads points out that it’s two against four, and though Archie seems beyond reason, he finally talks him down with this trump card: Veronica would never forgive him for killing Hiram. (Honestly at this point, she might, but that’s by the by.)

The boys escape right before Hiram gets into the barn, and once they’re back on the road, Jughead suggests that they take a trip to go see his mom. At this point, she can’t be a worse bet than the rest of the parents on Riverdale! 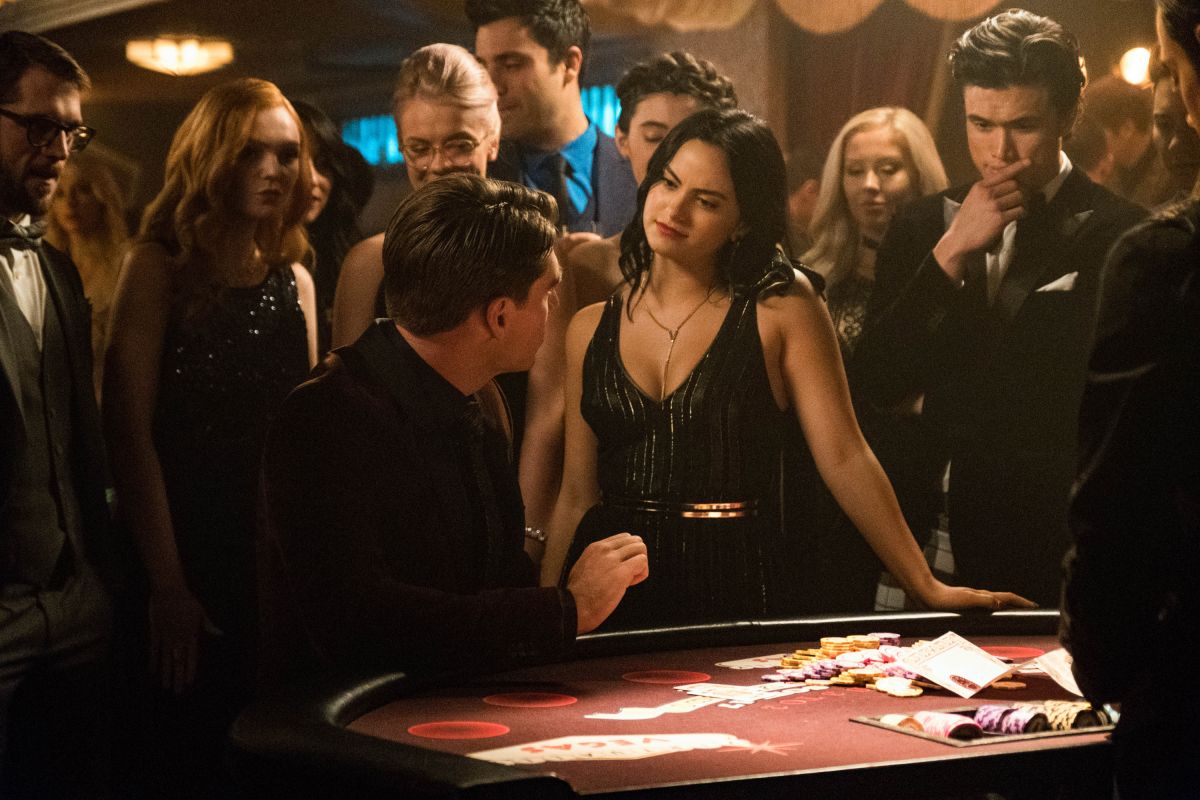 Thanks to the chronic lack of short term memory that afflicts so many Riverdale residents, Veronica is almost won over by Hiram swooping in to save the day at her speakeasy. Realizing that Pop’s is in dire need of a cash influx, she hosts a one-off casino night, and enlists Elio to bring in high-rolling clientele in exchange for a cut of the proceeds. But Hiram tips her off that Elio is planning to cheat on the night, and provides her with the means to out-scam him by stacking the deck.

“It doesn’t matter how you win, as long as you’re the last woman standing,” a triumphant Veronica later tells Pop, echoing her dad’s advice to her. Pop warns her not to turn into Hiram, and Veronica actually says the sentence: “Deep, deep down, maybe my dad’s not so bad.” (I’m telling you: short term memory loss is an epidemic in this town!) Pop then reveals that Sheriff Minetta’s decapitated, handless body has been found in a ditch, and Veronica is like “Oh, riiiiiight, my father is a sociopath, never mind.” 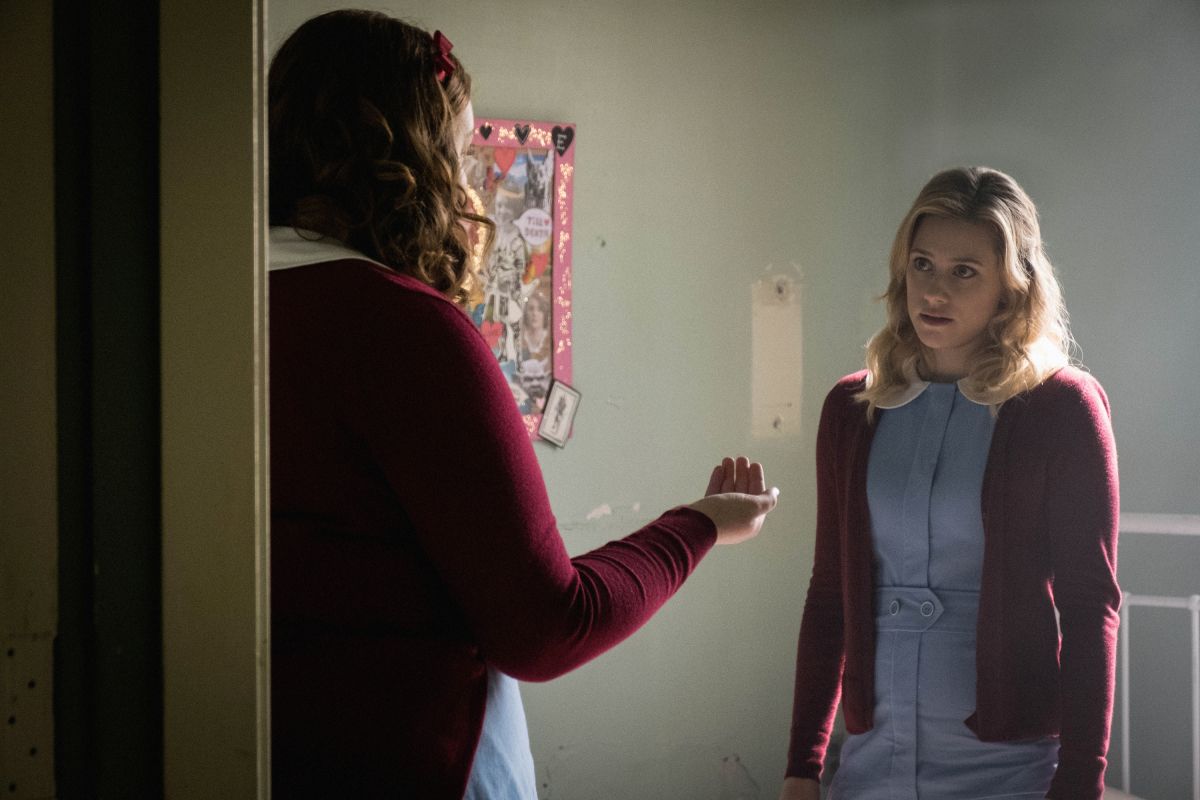 Stop trying to make Jethel happen, Gargoyle King! It’s never going to happen! Having discovered that the Sisters of Quiet Mercy is under the Gargoyle King’s thrall, and that patients are being dosed with fizzle rocks, an unfazed Betty gets right into investigative mode. But there’s a whole lot more bad news coming Betty’s way: for instance, Ethel Muggs is her new roommate, and Ethel Muggs is now also fully insane!

“This psycho bitch,” Betty mutters in a very enjoyable voiceover, as Ethel tries to pretend that her coerced kiss with Jughead in the bunker was a “hot and heavy” makeout sesh. She informs Betty that the Gargoyle King wants her and Jughead to be together. The smart move here would’ve been to play along and get more information, but Betty’s too pissed for that, openly telling Ethel, “In your dreams.” Ethel poutily tells Betty that she’ll never meet the Gargoyle King because she’s not worthy, but the end of the episode proves otherwise. 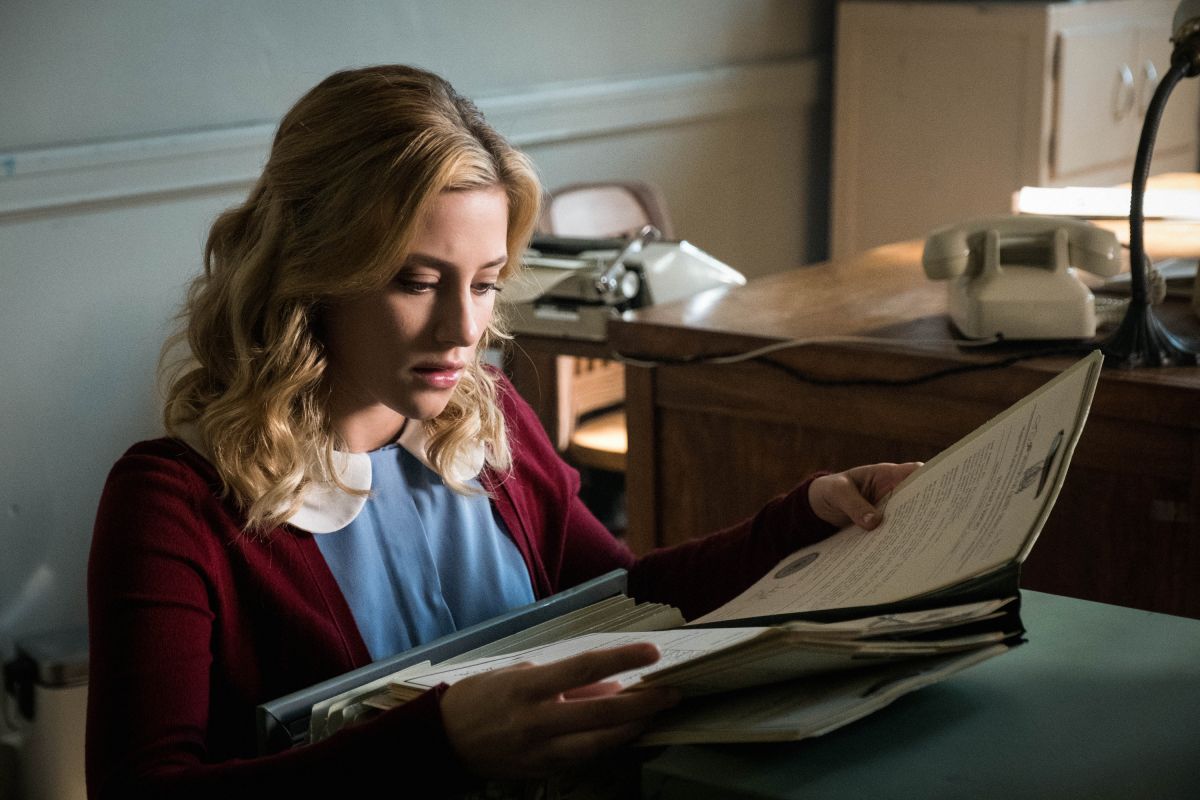 Betty is in serious trouble.

Hard though it is to believe, things have become even creepier at the Sisters of Quiet Mercy since Cheryl’s stay. First off, Hiram seems to be running the show here too: Betty sees him show up to exchange some mysterious envelopes with Sister Woodhouse, the nun overseeing the patients’ fizzle rock dosage. Hiram is an “angel donor” to the facility, apparently. Later, Betty fakes a seizure to get into the infirmary, and finds some very poorly-hidden paperwork which shows Hiram is using the sisters’ patients as lab rats.

Armed with her suspiciously easy-to-find evidence, Betty tries to escape using the same route that Veronica and Toni used to break Cheryl out—but it’s been blocked off. She’s captured by Sister Woodhouse, forcibly dosed with fizzle rocks, then dragged into the Gargoyle King’s chamber, where misbehaving patients are sent to be traumatized into compliance. We don’t see what Betty sees in that chamber, but we do hear her scream. Later, Betty appears to be fully brainwashed, placidly undergoing a Rorschach blot test we previously saw her giving false answers to. As the Gargoyle King appears behind Sister Woodhouse’s head, Betty’s voiceover ends with, “My king, my savior, guide me through the night, gift me with your darkness, bless me with your flight.” Eep.

Is The Drowning based on a true story?