Billie Hayes, whose portrayal of the flamboyantly and comically wicked witch Witchiepoo on the 1969-70 Saturday morning live-action children’s classic H.R. Pufnstuf, died of natural causes Thursday April 29 at Cedar’s Hospital in Los Angeles. She was 96.

Her death was announced by her family.

A Broadway veteran by the time she reached national fame as the flute-stealing nemesis to a psychedelic dragon, Hayes had starred as Mammy Yokum in both the Broadway and film versions of the popular late-1950s musical Lil’ Abner. She’d made her Broadway debut in New Faces of 1956 along with an ensemble that included actress Maggie Smith.

Following a couple of guest appearances on episodic TV in 1967 – including a Mammy Yokum-type matriarch in the “Hillbilly Honeymoon” episode of The Monkees – Hayes endeared herself to a generation of glued-to-the-tube Saturday morning viewers in 1969 as the eccentrically costumed, ever-cackling and always bumbling Witchiepoo (full name: Wilhelmina W. Witchiepoo).

With a performance panache that was over-the-top even by the wacky standards of the Sid and Marty Krofft universe of costumed creatures, Hayes was an immediate scene-stealer. Series-stealer, actually: Though Witchiepoo was the H.R. Pufnstuf villain, intent on stealing the magical, talking Freddy the Flute as if he were a pair of ruby slippers, Hayes’ wildly entertaining vaudeville, slapstick style had legions of young viewers rooting her on to a victory that never came. “Why me?,” she’d whine or sob after the inevitable backfiring of her latest evil scheme.

Born in Du Quoin, Illinois, Hayes began her show business career at age 9, dancing professionally in local nightclubs. While still in high school, she joined the fourteen-piece regional orchestra of Vince Genovese, and performed solo in her teens in Chicago and throughout the Midwest.

After moving to New York, Hayes performed selections from her nightclub singing-and-dancing routine in an audition for famed theater impresario J.J. Shubert, who was so taken with her comic and musical talents he cast her in principal roles of three roadshow operettas: Student Prince, The Merry Widow and Blossom Time. 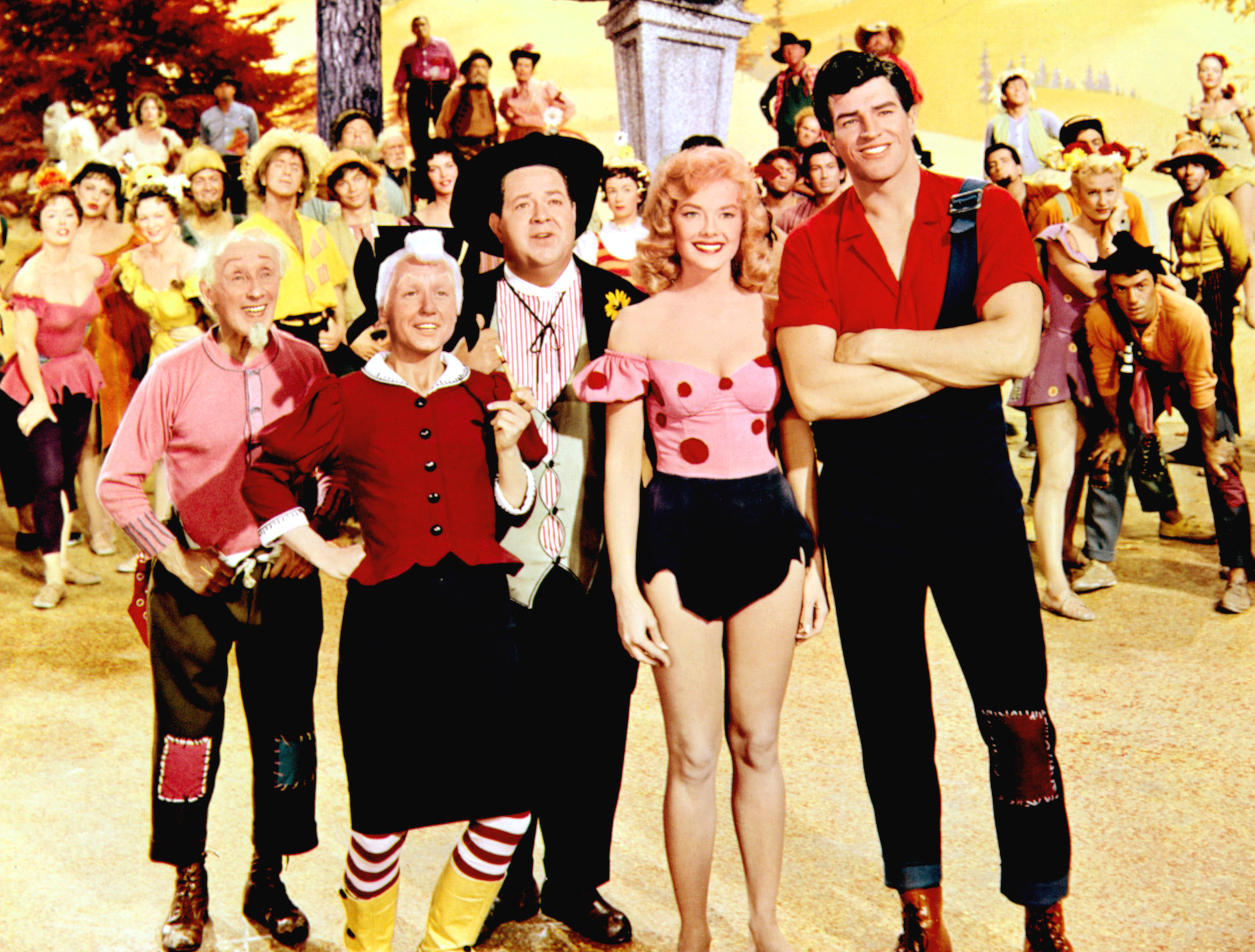 Soon enough she was co-starring with fellow newcomer Paul Lynde in the New York revue What’s New, which led to her Broadway debut in Leonard Sillman’s New Faces show. She then took over the role of Lil’ Abner‘s Mammy Yokum from the original cast’s Charlotte Rae, finding herself alongside another up-and-comer in the replacement cast named Valerie Harper.

Hayes, with old-age make-up, a white wige and a long-stemmed pipe, would reprise the role in Paramount’s 1959 film version and, in 1971, a TV-movie adaptation. She’d return to the stage in the late 1960s as the character Minnie Fay in the national touring company of Hello, Dolly! starring Betty Grable.

After her 1969 arrival in the destined-for-cult-classic Sid and Marty Krofft series, which also starred Jack Wild (Oliver!) as the on-the-run Dorothy Gale-stand-in Jimmy and, as Pufnstuf the dragon, Lennie Weinrib in full-body green-and-yellow costume, Hayes had found what would be her signature role. She returned as the character in the 1970 feature film adaptation Pufnstuf, along with Wild, Martha Raye and, in her sole feature role, “Mama” Cass Elliot (as Witch Hazel).

The cancelation of H.R. Pufnstuf in 1970 led to yet another Krofft casting, this time in the dual role of Witchiepoo and the kindlier Weenie the Genie in Lidsville (1971-72), with Charles Nelson Reilly taking the show’s chief villain spot as magician Horatio J. Hoodoo.

Hayes had a long and busy subsequent TV career in voice roles – The New Scooby-Doo Mysteries, The Flintstones Comedy Show, Trollkins, The Real Ghostbusters, Rugrats, Transformers: Rescue Bots, among many others – and she appeared in a recurring role on General Hospital in the early 1980s as a street-wise international spy named Agent Brighton O’Reilly.

Offscreen, Hayes founded the Los Angeles-based animal rescue nonprofit organization Pet Hope, a cause she had championed since adopting a puppy abandoned in the basement of Broadway’s St. James Theatre during the run of Lil’ Abner.

Hayes is survived by niece Nancy Powers, nephews Tom Brosch, Louie Brosch and Guy Brosch; their spouses; and several great-nieces and -nephews. The family requests donations in lieu of flowers to Pet Hope.