It’s now or never for “BoJack Horseman” to win the Best Animated Series Emmy, and there’s no better representative than the penultimate episode, “The View from Halfway Down.” This summary statement, about titular horse BoJack (Will Arnett) encountering everyone who’s died in the series at a dinner party, forces him to confront the reasons behind his substance abuse and bad behavior. Rather than a dream, the surreal episode turns out to be a near-death experience, with BoJack apparently drowning in his swimming pool, making good on the prophetic image in the main titles.

For director Amy Winfrey, who oversaw 21 episodes throughout the six seasons, “The View from Halfway Down” was a particularly satisfying conclusion. Winfrey not only got to dabble in the ultimate expression of surrealism, but she also got to participate in fun callbacks with some of her favorite characters, including “Horsin’ Around” sitcom creator Herb Kazzaz (Stanley Tucci) and child-actress-turned pop star Sarah Lynn (Kristen Schaal).

“In ‘Downer Ending,’” Winfrey said, “a young BoJack is hiding under a table from his mother because he doesn’t want to perform ‘The Lollipop Song.’ I made sure that when he’s on the phone with Diane [Alison Brie] in the kitchen, that the table be similar and he crouched down near it. Also, the trashy outfit Sarah Lynn wears for her musical number [‘Don’t Stop Dancing Til the Curtains Fall’ from Season 2] was the same one she wore at her funeral with hand prints on her boobs.” 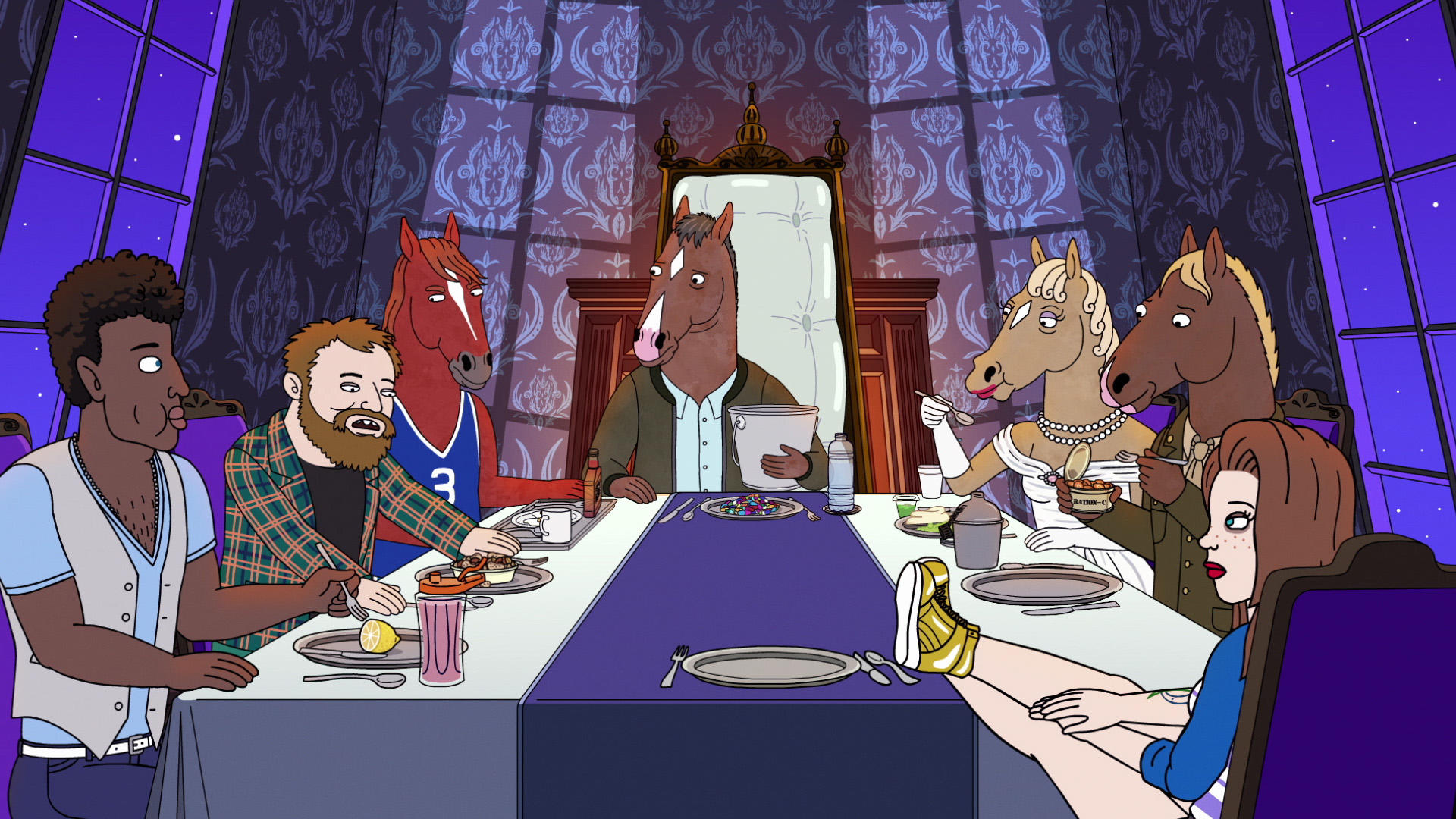 “Bringing back the characters was a great way of having him work through things versus more flashbacks,” Winfrey said. “It was good to see them back in the way he imagined them.” Although showrunner Raphael Bob-Waksberg was inspired by Edward Albee’s “Three Tall Women” and Caryl Churchill’s “Top Girls,” there’s also a bit of Luigi Pirandello (“Six Characters in Search of an Author”) lurking beneath the absurd philosophical musings about reality and illusion, and sanity and insanity.

The first script table read came as a surprise, according to Winfrey. They didn’t know what to make of the apparent demise of BoJack. Still, she was “happy to have such a surreal episode to go out on and have it be my last experience on ‘BoJack.’” Her first challenge was choreographing the action in the grand Victorian house designed by Lisa Hanawalt.

“That was a strange one because we realized that we hadn’t seen much of BoJack’s family home,” Winfrey said. “As a dream, Raphael had the idea it would be somewhere we hadn’t seen. Like the parlor isn’t quite the same as BoJack’s living room. And because Victorian houses are so divided, I wanted it to push into the space a lot. The long hallway pushes into the parlor and the kitchen. It also evokes some places where he’s been. For example, the kitchen was a composite of his childhood kitchen, current kitchen, and “Horsin’ Around” kitchen. I was influenced by the German Expressionist film, ‘The Cabinet of Dr. Caligari,’ and put in a lot of wonky angles.” 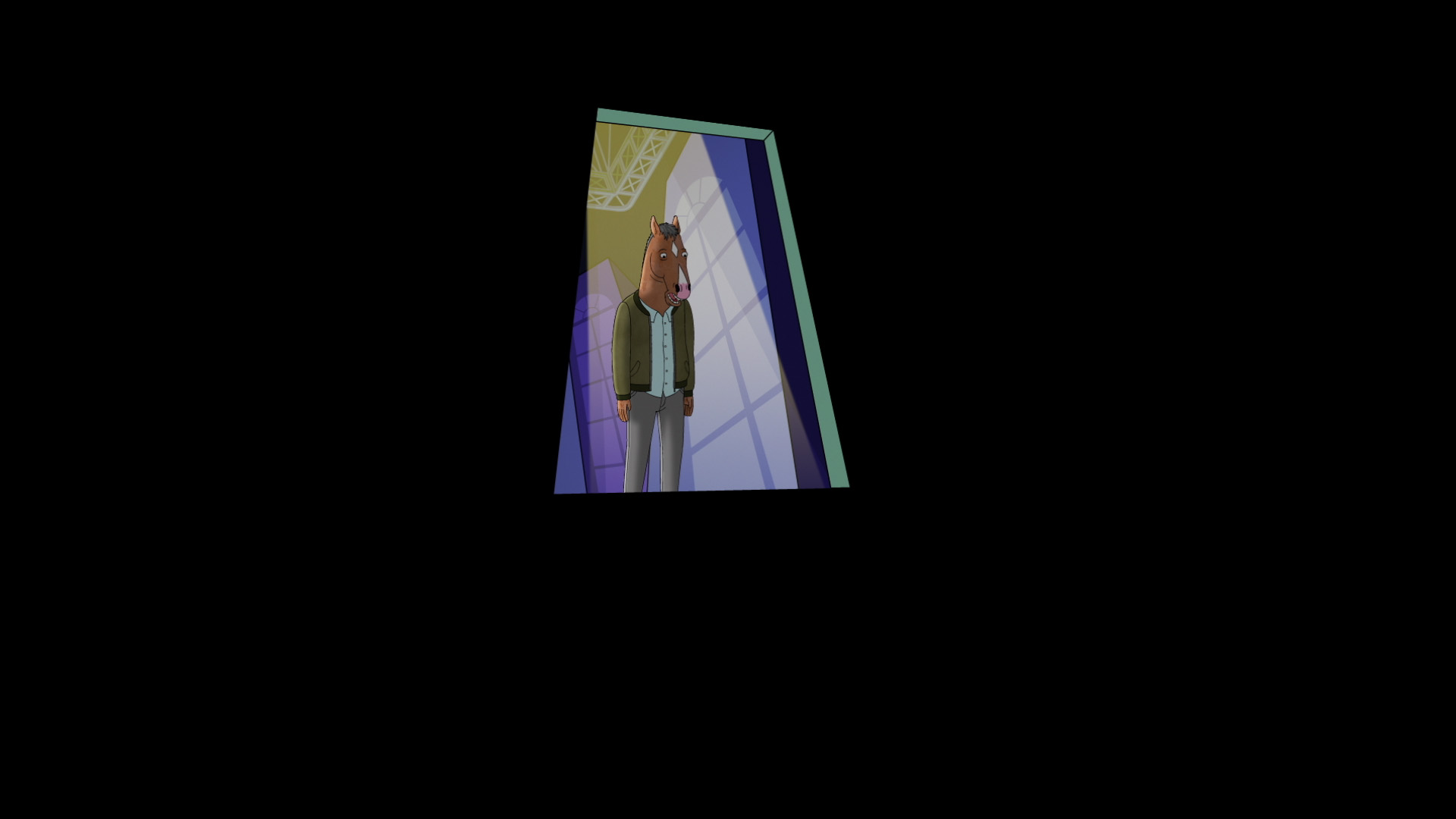 But the dining room offered a fun arena for the most ambitious scene, in which the characters grapple with the meaning of their lives. BoJack is joined by a youthful version of his mother, Beatrice (Wendie Malick), Kazzaz, Lynn (who ages up throughout the episode), Uncle Crackerjack Sugarman (Lin-Manuel Miranda), acting friend Corduroy Jackson-Jackson (Brandon T. Jackson), and Zach Braff. They are eventually joined by BoJack’s abusive father, Butterscotch (Arnett), who appears as his son’s idol, Secretariat.

“I had to assign each character a story artist to get through it and to keep track of all the characters around the table — and then bring it all back together,” Winfrey said. “An added bonus was working with more board artists than normal and observing everyone’s storyboard quirks all in one scene. I ended up stealing from everybody for this one episode.”

The primary goal was to keep the conversations flowing smoothly before transitioning to the talent show, which opened up the space and the action, allowing the board artists to get even more creative. Besides Lynn’s musical number, in which she slides down a giant piano, Jackson-Jackson performs a trapeze act, Braff does a roller skating routine, and his mom performs a ribbon dance with Sugarman playing the trumpet. 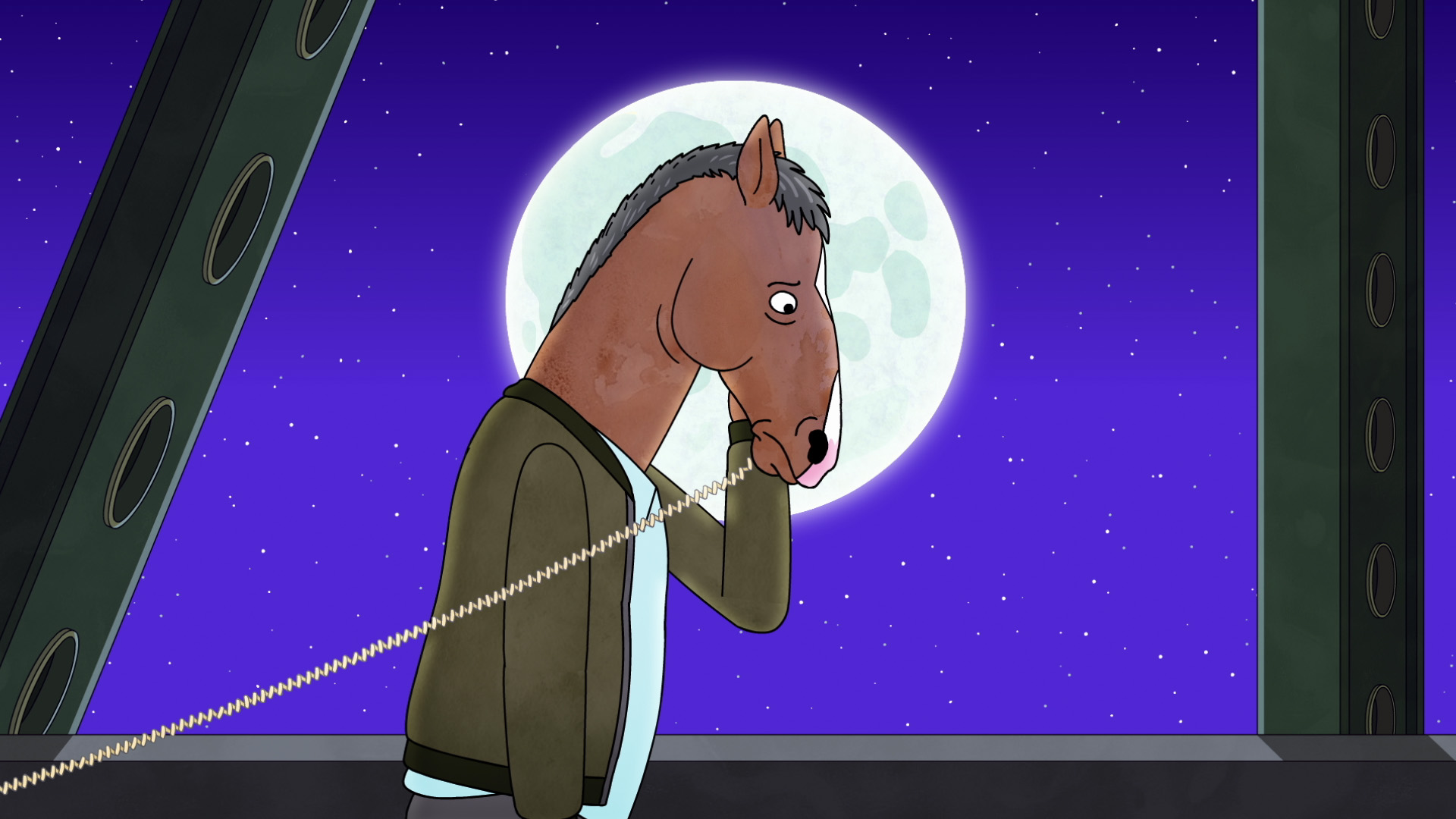 In terms of animation, Winfrey complimented ShadowMachine for the black goo that torments BoJack along with the glow and shadow enhancements outside when father and son bond during the reading of the eponymous poem, “The View from Halfway Down,” and BoJack looks down to see his silhouette facing down in the swimming pool.

“It gave us a lot of freedom to have characters be animals,” Winfrey mused. “Unfortunately, it gave more sympathy to BoJack when he does some terrible, horrible things. But we had to address BoJack’s horribleness and how it affected other people. I’m glad that we had the time in Season 6 to do that. We’ve enjoyed this crazy combination of super dark, deep emotions, and super silly gags. And not having everything tied down has been satisfying.”

Who is Clara Amfo and does she have a boyfriend? – The Sun

Who is Melanie Blatt and is she married? – The Sun | The Sun