Most Breaking Bad fans are quite satisfied with how the series ended. Yes, Walter White died at the end. But it was a fitting conclusion to the tragic story. Many of the main characters didn’t survive the fifth season of Breaking Bad.

Jesse Pinkman drove away from the Nazi compound where he’d been held captive. Criminal lawyer Saul Goodman called Ed the vacuum repairman to help him disappear into a new life as a mall Cinnabon manager. But it turns out Saul almost got killed off instead.

In many ways, Saul’s death would have been the most tragic on Breaking Bad. If he’d been killed, then fans most likely wouldn’t have the spinoff series Better Call Saul.

A series about a meth-dealing high school chemistry teacher was bound to have a few deaths based on the premise of the show alone.

Breaking Bad followed Walter White as he attempted to earn money for his family in the wake of a terminal cancer diagnosis. Fans were prepared for him to die of cancer, obviously. And they knew many of his associates would be killed along the way.

Walt manages to murder his nemesis and former boss Gus Fring by employing a suicide bomber at the end of season 4. He doesn’t directly cause Jesse’s girlfriend Jane’s death by overdose, but he intentionally doesn’t prevent it. Walt kills Mike Ehrmantraut, one of the most beloved characters on the show, for no apparent reason at all. And his actions lead to Jack Welker murdering ASAC Hank Schrader in the desert.

Somehow, Saul survives his close association with Walt while so many others didn’t. But it could have easily gone another way. 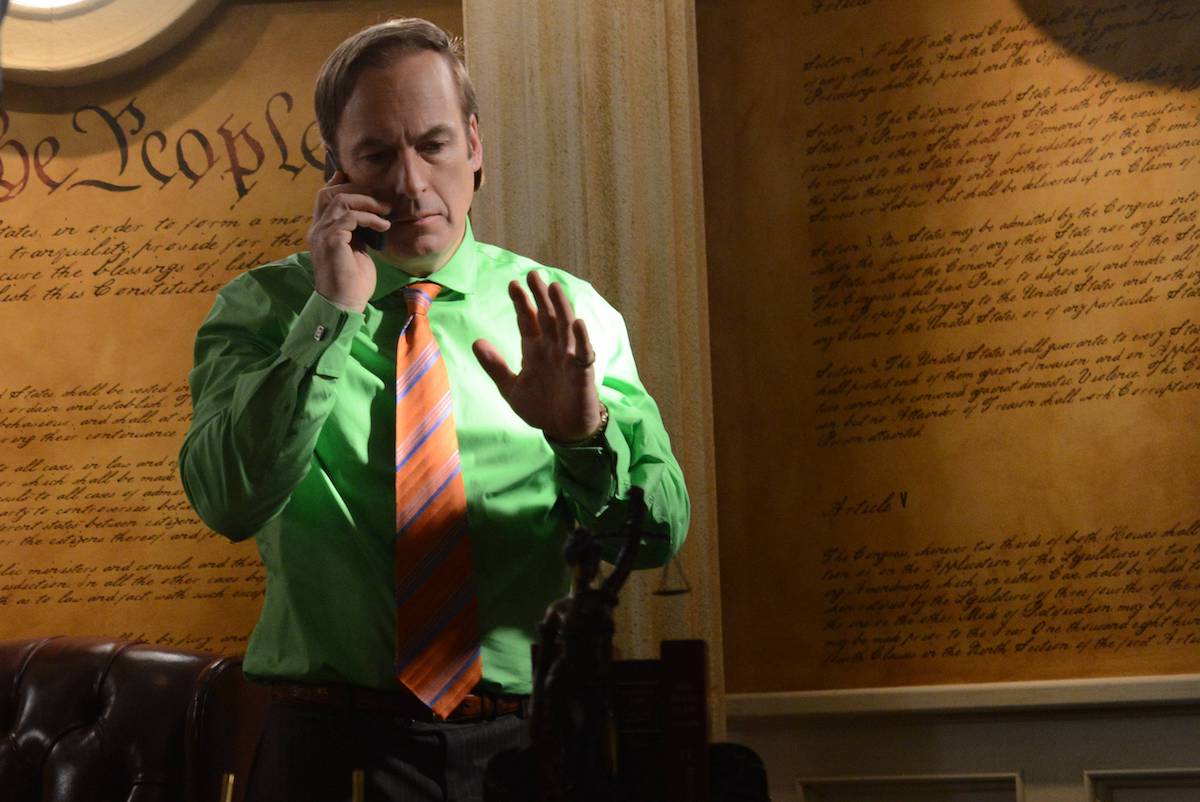 As he told Entertainment Weekly in 2014:

We would have done whatever it took to come up with the best, most satisfying ending to Breaking Bad, including killing off Saul. But the more we talked about it, the more we thought, “You know, we don’t necessarily want the end of this series to be a bloodbath.” At one point, we talked about killing off every major character, and one particularly dark week along the way we talked about killing everybody — having some sort of Wild Bunch, bloodbath of an ending. But you live with those ideas for a while and you think, “What do we need to kill all these characters for?” Just because an ending is dramatic or perhaps overly dramatic does not ensure that it will be satisfying.” We thought to ourselves, “Let’s just go with what feels right to us.” And there’s no mathematics to this. You just have to feel your way through it blindly and go with your gut, and that’s what we did.

Post Breaking Bad, the made for TV film El Camino: A Breaking Bad Movie dealt with Jesse’s fate after fleeing the Nazi compound. And then there’s the spinoff prequel Better Call Saul.

Even though the series could technically exist even if Saul dies at the end of Breaking Bad, it probably wouldn’t. Some of the most compelling parts of the narrative are from the flash-forward scenes with Gene Takovic. And if Saul were dead, we wouldn’t have those.

Saul Goodman’s past wouldn’t feel nearly so interesting if he didn’t have a future. And for that, fans are grateful to Gilligan for choosing to keep their favorite “cockroach” criminal lawyer alive.

Rachel Lundell and Kierstan Saulter on Love Island USA: Who are the new ladies in the Season 2 villa?