Fans of Julia Quinn’s Bridgerton book series noticed that Benedict’s storyline was slightly different in the TV show of the same name. The first season, inspired by The Duke and I, focused mainly on Daphne Bridgerton and Simon Basset’s relationship. However, subsequent seasons will focus on each Bridgerton sibling and their road to marriage.

The Netflix series, produced by Grey’s Anatomy powerhouse Shonda Rhimes, has diversified the primarily white and straight book series. In season 1, Benedict is drawn to a nobleman, who like him, is an artist. As the two get closer, Benedict realizes the world is a lot less heterosexual than he thought.

Let’s break down what happens in Benedict’s book. An Offer from a Gentleman.

(Spoiler alert: This article contains possible spoilers for upcoming seasons of Bridgerton and definite spoilers for the book An Offer from a Gentleman) 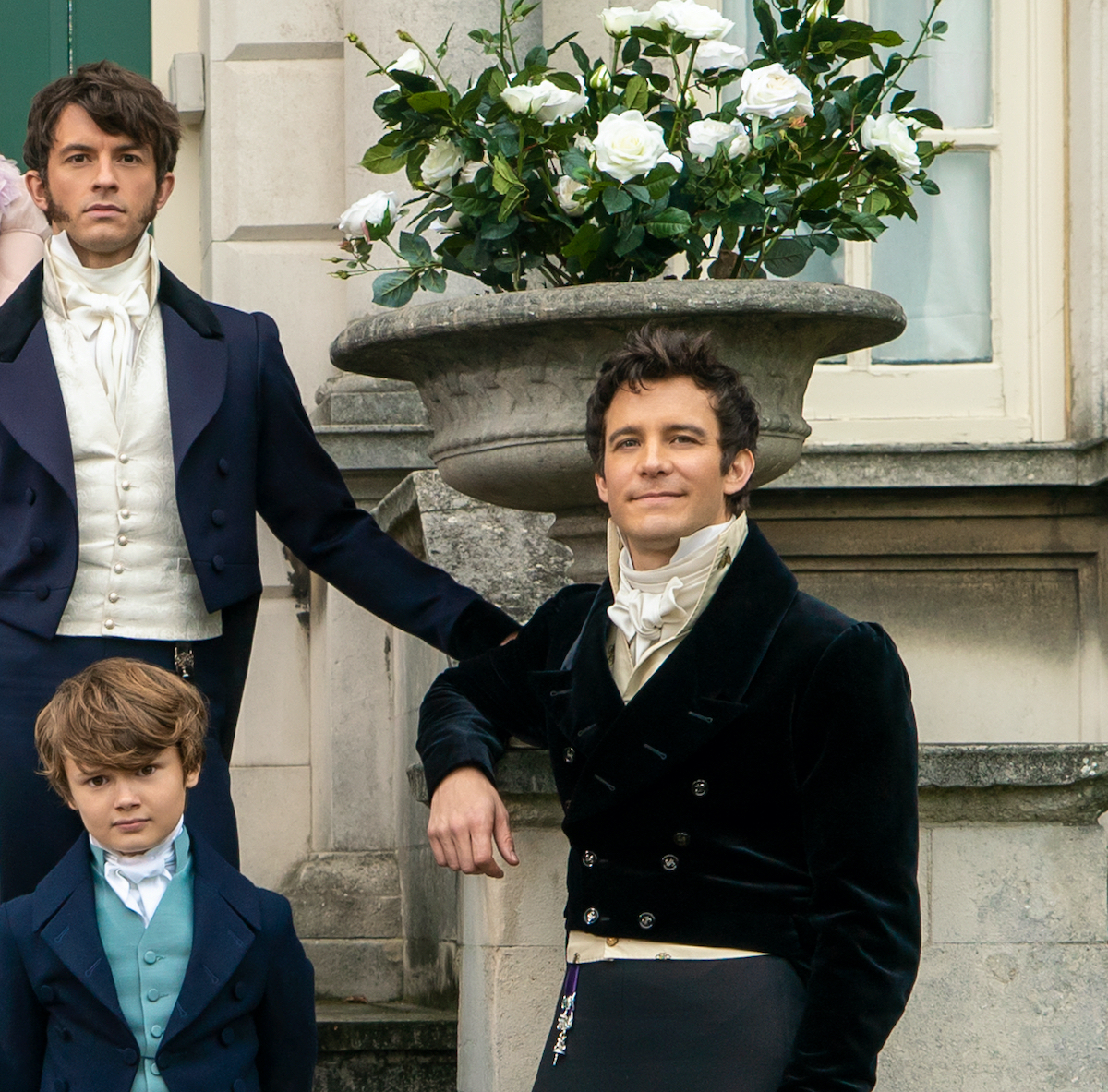 ‘An Offer from a Gentleman’ is literally a Bridgerton fairy tale

Benedict Bridgerton’s story is highlighted in the third book of the series. A retelling of Cinderella, the romance novel was initially released in 2001. Our heroine this time is Sophie Beckett, the illegitimate daughter of the Earl of Penwood. She’s aware of her less than ideal parentage, though she still lives with her father as his ward.

He remarries an awful woman who treats Sophie horribly. Because this is a Cinderella Story, Sophie’s father dies, and she is forced to live with her stepmother until the age of 20, at which time her step-monster will get a higher allowance from his estate.

One night, Sophie secretly attends Bridgerton’s masquerade ball, where she meets Benedict. The two hit it off, despite Sophie having to leave early.

Two years later, Benedict is obsessed with finding this mystery woman, telling his mother he will only marry when he finds her. By this point, Sophie is beyond 20 years old, has been kicked out by her stepmother, and forced to work as a maid.

Because this is a romance novel, Sophie and Benedict unknowingly meet again when Benedict saves her from the unwanted advances of her employer’s son. The second eldest Bridgerton gets her a job at his mother’s estate, where the two flirt constantly.

As Benedict’s feelings grow, so does his conflicting feelings regarding his mystery woman, the only person he wants to marry. He asks Sophie to be his mistress, but as an illegitimate child herself, the conversation doesn’t end well.

One day when the family is playing hide and seek, Benedict finally recognizes Sophie for the girl at the ball. Angry that he has had unneeded conflicting feelings this entire time, Benedict lashes out, and Sophie leaves.

The story doesn’t end there, and the two eventually end up together. However, if and how Sophie Beckett will be involved in upcoming seasons of the period drama remain to be seen. Bridgerton’s first season differed from its source material, adding new plots and characters. Audiences will have to wait to see how Benedict’s sexuality evolves and if Sophie Beckett will be a part of that journey.

Spoilers: Corrie car crash horror for Gemma and the quads