Monica Owusu-Breen is developing a new take on Buffy, the Vampire Slayer and at least one original cast member is excited to see a new take. David Boreanaz played Angel on the series and got his own spinoff which ran for five seasons. Boreanaz went on to star in the long running Bones and now stars on SEAL Team. 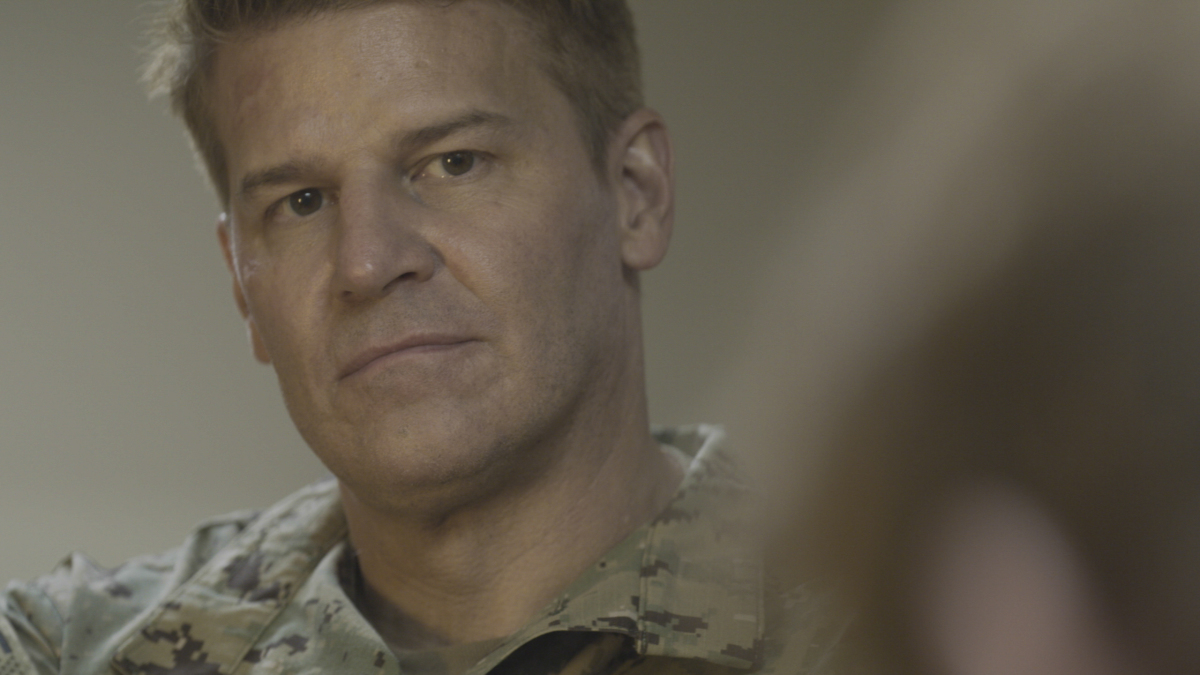 Boreanaz appeared on Variety’s The Big Ticket podcast to discuss the new season of SEAL Team. Host Mark Malkin asked Boreanaz his thoughts on the Buffy, the Vampire Slayer reboot and whether or not he’d be involved.

Even before plans for a reboot began, Buffy, the Vampire Slayer never really went away for Boreanaz. He understands the continuing fascination with the high school vampire series.

There’s just a sense of what [creator] Joss [Whedon] had done with that show and David Greenwalt did with Angel. Being a part of that, you’re on the ins and the outs of it all and behind the magical Oz curtain and how it all works. At that time and high school years and characters, the depth of Shakespearean based characters and love and romance and God, if he kisses someone he’s going to turn evil. There are so many metaphors involved in that show and it’s adventure. Oh my God, you’re fighting some dude and the Hellmouth opens. What is that? Demon! It’s just bizarre, right? Generations enjoy that show.

How a reboot can improve ‘Buffy, the Vampire Slayer’

Buffy, the Vampire Slayer began in 1997, after a standalone 1992 movie. Boreanaz thinks a new series could take advantage of advances in special effects.

“When we made it, the technology wasn’t advanced enough where you could morph creatures on the fly and what you can do now,” Boreanaz said. “If they actually made a movie or did something with all the technology we have today, it’d be crazy. It’d be so much fun. Just the amount of time it took to go through the makeup for all those creatures and demons. It’s just that fun time.”

Would David Boreanaz do it again?

While a Buffy, the Vampire Slayer reboot has Boreanaz’s support, don’t expect to see him on the new series.

“No, only because I’m all for people redoing it or whatever but A, I’m too old,” Boreanaz said. “It’s not like the cast of Friends is reuniting. These type of shows, we’re not hanging out in a coffee shop on a couch. I get it. But, with all that technology, if they made Robert De Niro look really young in that one movie with all the computer stuff, I don’t know. I would encourage them to find somebody else to do it, I would love that just to see that. I have no problems with that.”

Malkin suggested Boreanaz could play the new role of someone’s father, but Boreanaz joked that conceiving a child with a woman would turn Angel’s soul evil.

“I can’t have a moment of happiness,” Boreanaz said. “Don’t you understand? There’s no kids involved.”

Grieving Nina lashes out at Summer in heated showdown in Corrie