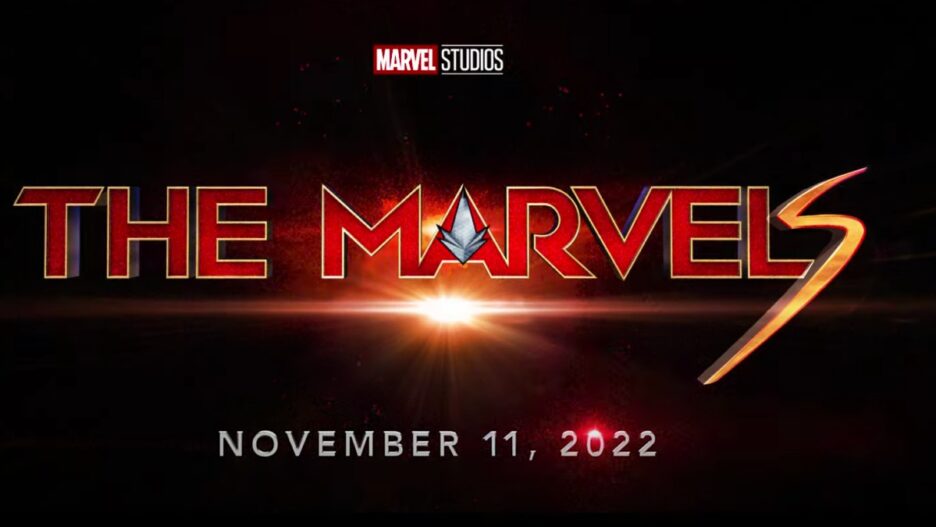 Higher, further, faster baby. We officially have a title for the “Captain Marvel” sequel. “The Marvels” is set to hit theaters next Fall.

The reveal came as part of a teaser from Marvel Studios, which also brought new footage, and a whole slew of dates for the future of the MCU. “The Marvels” will come out on November 11, 2022. In it, we will see the return of Carol Danvers (Brie Larson), aka Captain Marvel, as well as the return of Teyonnah Parris’ Monica Rambeau.

“Velvet Buzzsaw’s” Zawe Ashton has been cast to play the villain opposite Brie Larson, with “Candyman” director Nia DaCosta set to direct. Megan McDonnell (“Wandavision”) wrote the script for the sequel. 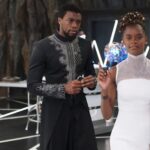 We don’t know much about the story yet, but given the styling of the title card, it appears that “The Marvels” may tie directly into the upcoming “Ms. Marvel” series on Disney+, with the “S” on “Marvels” looking a whole lot like Ms. Marvel’s suit icon.

We also know that “The Marvels” will feature Photon, a grown-up version of Monica Rambeau, who we saw get her powers in “WandaVision.” The question is, what will Monica and Carol’s relationship look like in the sequel? Because, if “WandaVision” made anything clear, it’s that Monica maybe doesn’t see Captain Marvel as the icon she used to.

It’s a moment that comes when Monica, Jimmy Woo and Darcy are discussing the events of “Avengers: Endgame” during episode 5 of “WandaVision.” When Monica points out that no other Avenger came close to taking out Thanos, Woo responds with “Well, I’d argue that Captain Marvel came close,” and Monica’s face clearly falls

Then, when Darcy tries to get more info on where Captain Marvel got her powers, Monica deflects with a “We are not talking about her, we are talking about Wanda.” The moment doesn’t go unnoticed by James or Darcy, but they drop it. Obviously, we can’t.

When last we saw Monica with Captain Marvel, the two were closer than ever, with Carol encouraging Monica’s dreams of going into space. Clearly, something has changed.

We also know that “The Marvels” will feature the return of the Skrulls, who have quietly made a presence in the MCU. We first met them in “Captain Marvel,” then again in “Spider-Man: Far From Home.” Odds are, they’ll pop up a few more places between then and “The Marvels,” but we know they’ll almost certainly be in this sequel, as one of the final scenes in “WandaVision” showed Monica meeting up with a Skrull, who had been sent by “an old friend” of her mother and wants to meet with her.

What happens from there is still anyone’s guess.