The first teaser included a somewhat controversial sequence in which the mighty Captain Marvel fiercely struck an elderly female passenger on board the LA subway.

The scene stirred up quite the debate behind the seemingly random assault, but Marvel fans pointed out the old lady was most likely an alien shapeshifter, a Skrull.

Seemingly keen to confirm that their hero wasn't a random thug, the new trailer reveals an extended action sequence of the scene in which the old lady fights back with surprising strength.

A voiceover from Samuel L. Jackson's Nick Fury accompanies the brawl in which he says, "So Skrulls are the bad guys," telling viewers all they need to know.

2. Ronan returns and the Skrull threat is revealed

Ronan the Accuser was last seen as the primary antagonist to Marvel's Guardians of the Galaxy back in 2014 when he was ultimately destroyed by the power stone.

Then a deranged Kree outcast, he returns 30 years prior in Captain Marvel to team up with Skrull and primary villain Talos to provoke a galactic war between the two races.

It's been confirmed that Talos had already infiltrated S.H.I.E.L.D and is operating as Nick Fury's supervisor and in the trailer, he is seen leading a team against Captain Marvel.

The trailer also reveals the Skrulls play a part in Captain Marvel's MCU origin as a battered and bruised Carol Danvers is shot down in her jet upon a battle between Kree and Skrulls. 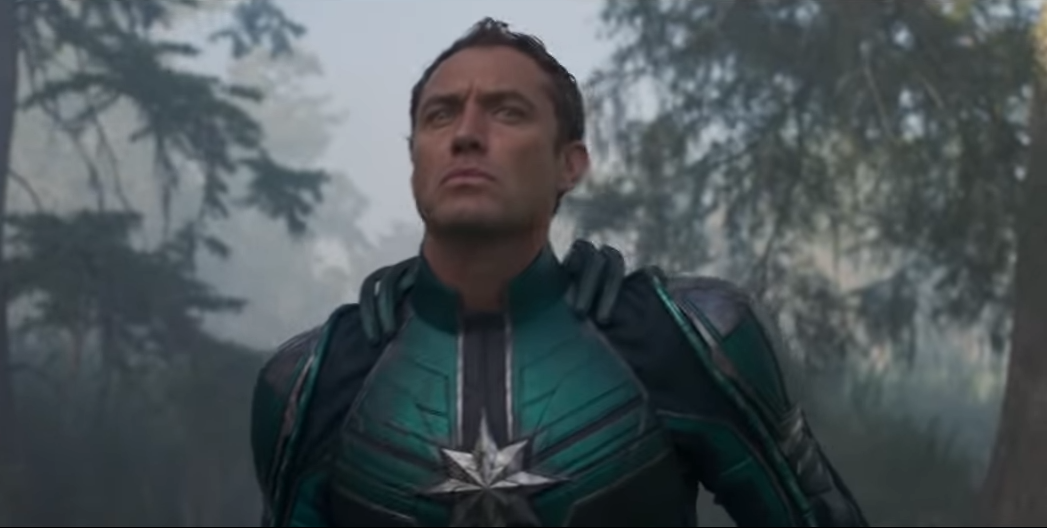 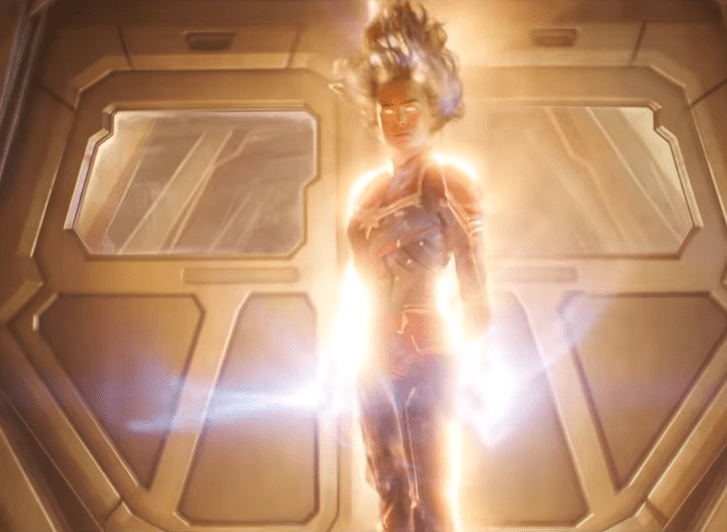 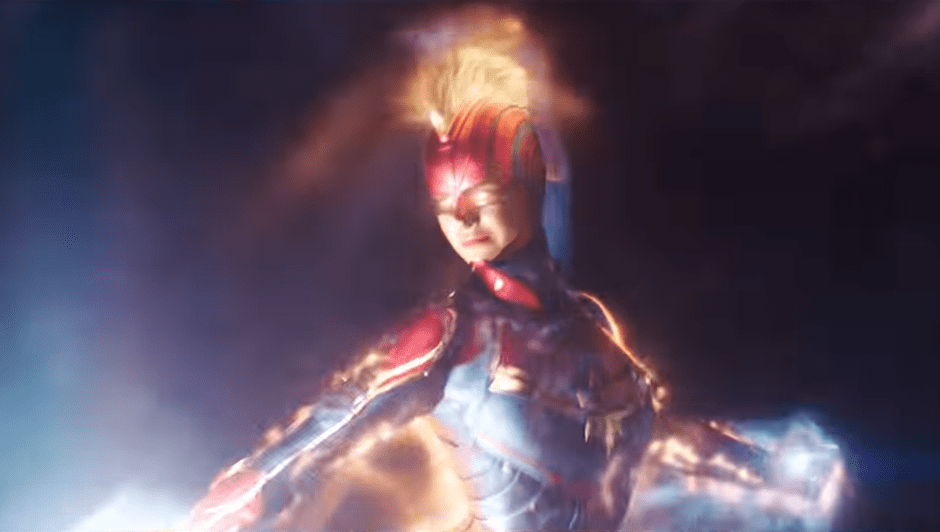 3. Who is Jude Law and how powerful is Captain Marvel?

Jude Law was originally reported to be playing the part of Mar-Vell but it's looking increasingly likely to be a ruse and that he's actually set to play the Kree villain Yon-Rogg.

One popular theory exists that Carol Danvers amnesia isn't an accident but rather that Yon-Rogg has been deliberately manipulating her memories to serve the Krees.

In one of his scenes, he warns Captain marvel that she isn't as powerful as she thinks she is however latter scenes in the trailer suggests he's probably very wrong indeed.

The trailer provides the first extended look at Captain Marvel's Binary form, in which she's shown to be wielding enough power to shoot spaceships out of the sky. 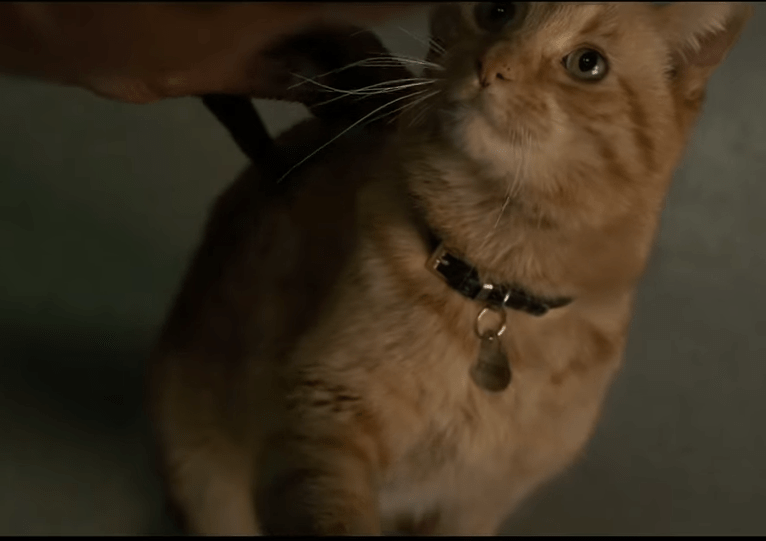 Carol's pet in the comics is actually called Chewie and it is yet to be revealed why Marvel decided to rename the cat for this film.

Back in 2014, it was discovered that she was the last of an alien race known as the Flerkens, whose bodies contain interdimensional portals.

One sad theory would has emerged that the cat may be linked to why Nick Fury eventually loses his eye, either by attacking him or Fury is injured defending the cat he's obessed with.

When is Captain Marvel out?

The twenty-first film in the epic Marvel Cinematic Universe will be released in the UK on March 8, 2019.

Captain Marvel is set in the 90s which places it before Iron Man, which was released in 2008 and was the first movie in the Marvel Cinematic Universe.

It showcases former US Air Force pilot Carol Danvers (Brie Larson) who gained superpowers when her DNA became fused with an alien's during an accident.

However, the film will NOT be an origin story for the character as the movie will begin with Carol already in possession of her cosmic powers.

After joining Starforce, an elite Kree military team, Carol returns to Earth only to find herself caught centre of an intergalactic conflict between two alien worlds.