CASUALTY is back this week with action to keep you transfixed, from brutal attacks to drug smuggling.

Read on for the best bits to look out for in the BBC soap. 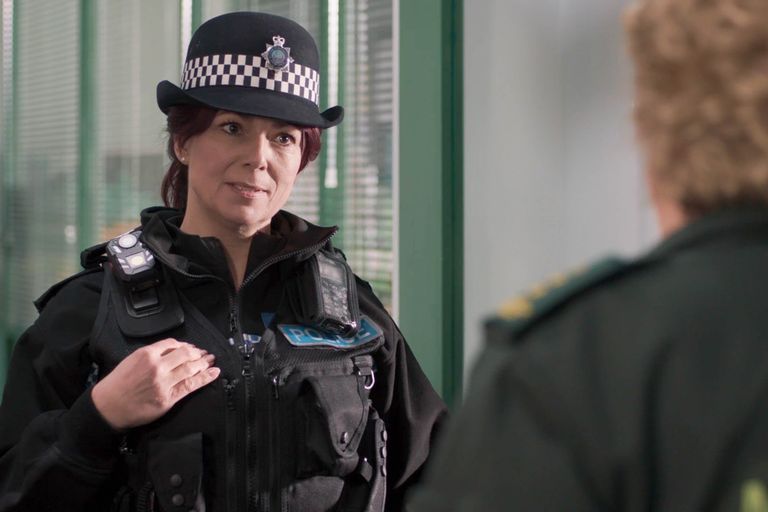 Jan's recent foray into drug smuggling is revisited this week as she's cruelly blackmailed back into her old ways.

While Jan and her wife Ffion are walking to their car, Ffion is savagely attacked by masked men on motorbikes.

But it is only when one of the thugs secretly passes over drugs to Jan that she realises she's the reason for the brutal attack.

She feels she has no choice but to start delivering drugs to the prison again. 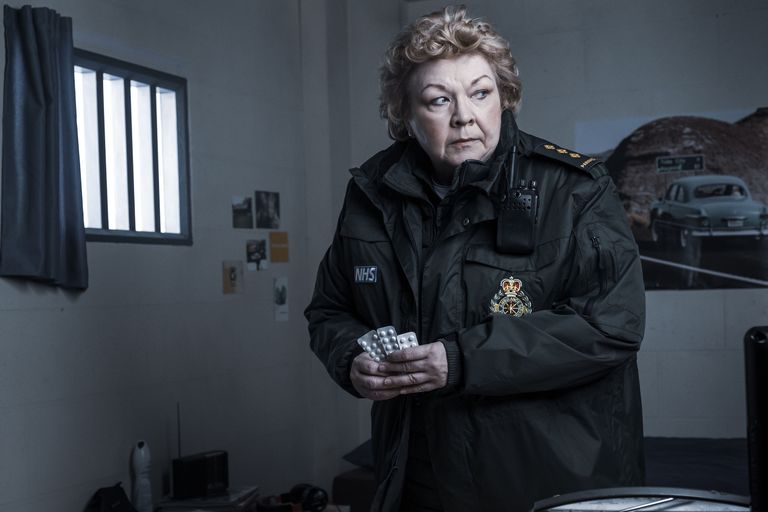 A fearful Jan is pushed into a corner as she receives another message from Ross.

She's told to drop off the drugs that same day – or else there will be another attack, and this time much worse than before.

Meanwhile Ffion is growing suspicious, but when Jan is about to make a confess, she interrupted by Dylan.

Feeling she has no choice, the next time there's a callout to the prison, Jan rushes to attend. 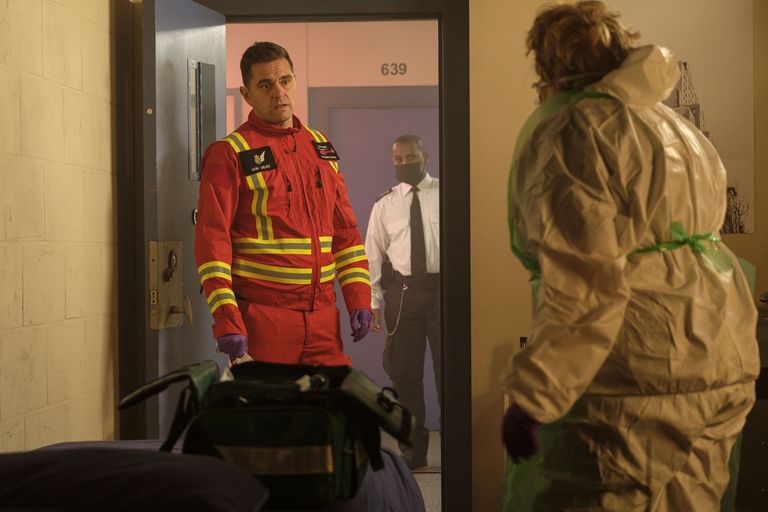 Ian is back – and he's not happy

As Jan and Leon attend the prison callout, they manage to stabilise the injured patient as HEMS arrive.

Thinking she's alone, Jan slips the drugs under the bed – but looks up to see Iain standing over her.

After 18 months away Ian is back, but he's horrified at what he's witnessed.

He tells Jan to remove the drugs but she begs him to stay silent about her deed and he says nothing when a guard arrives. 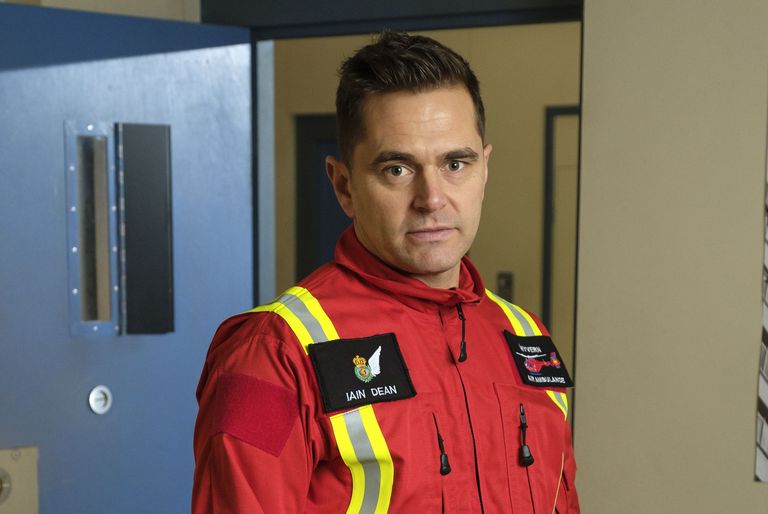 Iain later confronts Jan back at the hospital, angry that she's made him a complicit in her crimes.

But he eases up and vows to help her when he sees how terrified she is of the repercussions of stopping the deliveries.

His help is on the condition of her stopping the drop-offs – but will Jan keep her side of the bargain? 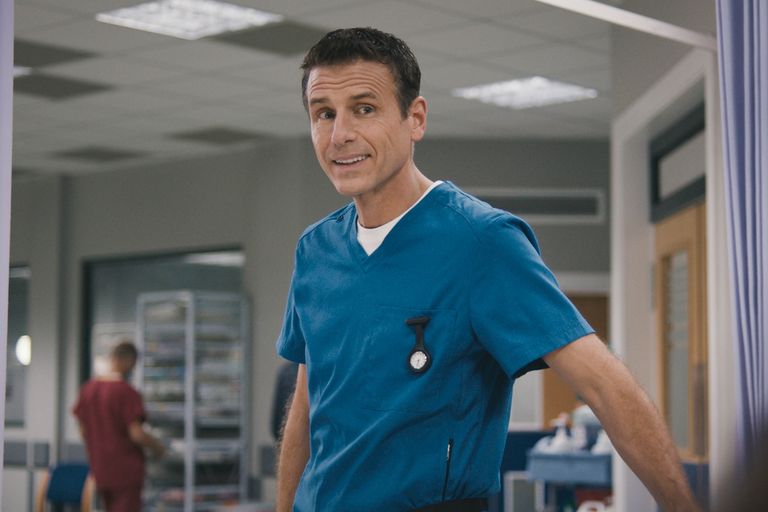 Rosa opens up to David

When Ollie is set to be discharged after his emergency tracheotomy, Daivd cannot hide his excitement.

But he finds Rosa's erratic behaviour hard to understand.

As she vents her fury that Connie has taken time off to spend with Grace, after her daughter's role in the accident, David realises she's not coping with the danger Ollie was put in.

A chat soon sees Rosa opening up and she reveals she's still struggling with memories of her own son's tragic death. 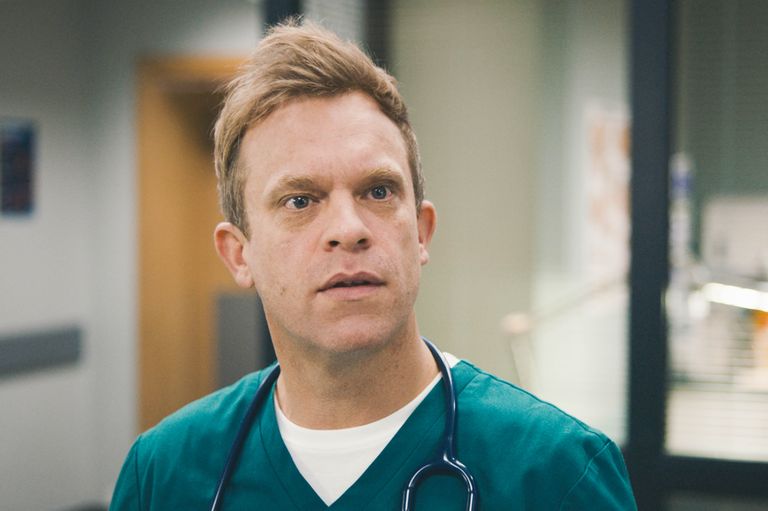 In the aftermath of his brief liaison with Faith, Dylan is struggling with his dealings with her husband Lev.

When the paramedic brings in a patient, Dylan is unnecessarily critical over his notes.

An angry Lev accuses him of being bitter over Faith's rejection before Dylan is led to rethink his actions as he treats a struggling couple.

Witnessing the broken marriage, Dylan goes on to come to a truce with Lev.

He vows he will have nothing more to do with Faith or their family – but can he really keep away?

Casualty airs on Saturday, 8.20pm on BBC One.