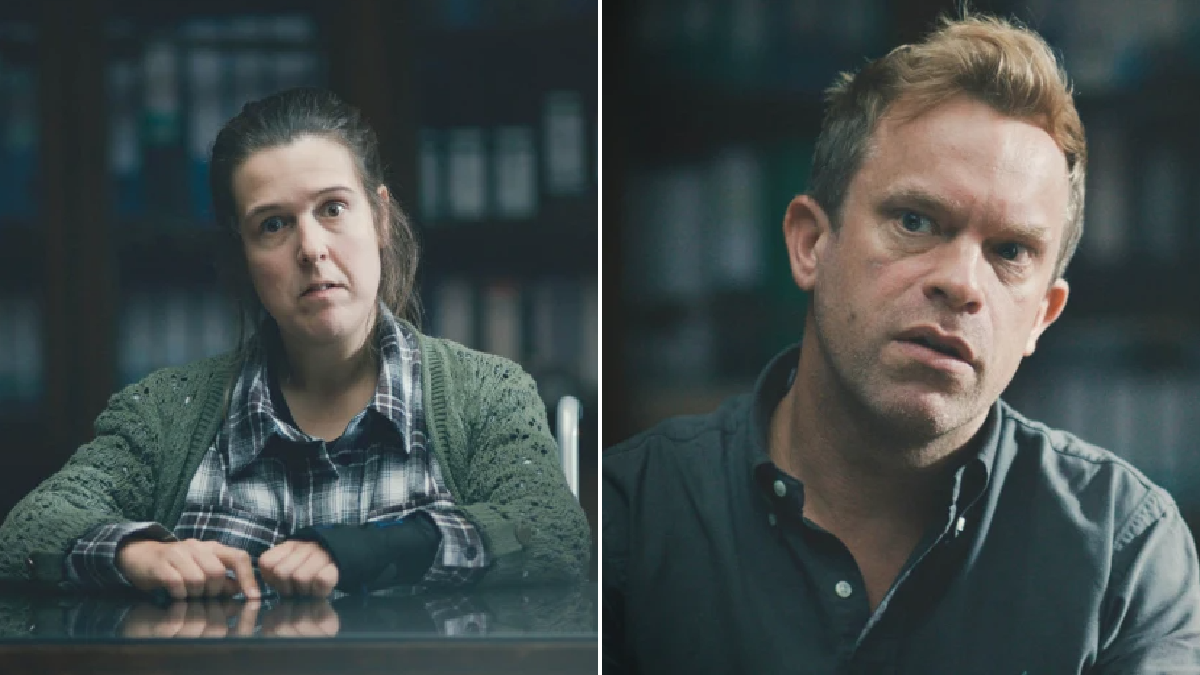 It’s all about babies in tonight’s Casualty, as we once again meet the character of Paula Kettering (Rosie Jones).

We last met Paula in November when Dylan (William Beck) tried to help her but ended up making things worse for her by getting social services involved in her case. Paula was pregnant, but it was revealed that she’d had another baby taken into care because she wasn’t able to care for it because of her drinking and her chaotic lifestyle.

When now heavily pregnant Paula has a nasty fall in tonight’s episode, questions are raised about whether she’d tried to kill herself. Once again Dylan does his best to support her, speaking up for her in a social services meeting that’s been convened to decide whether she’ll be allowed to keep the baby.

Can Paula and Dylan make a convincing case that she’s a different person now and she can care for her baby?

Elsewhere, Dr Paige Allcott (Shalisha James-Davis) desperately tries to shrug off the awful first impression she made with the ED staff team last week when she arrived handcuffed to a patient and made all sorts of mistakes.

Rosa (Jacey Salles) encourages her to try to ‘make a good second first impression,’ but Paige is nervous and over-eager to please. This doesn’t go down well with her mentor – Stevie (Elinor Lawless). If there’s one person who has a lower tolerance threshold than Dylan, it’s Stevie.

Their patient is Alison (Lisa Maxwell), who’s 60 and, like Paula Kettering, also heavily pregnant. She arrives in the ED after an accident in an exercise class, and Stevie and Paige soon learn that her situation is complicated.

Coming up on #Casualty

While Stevie focuses on the medical aspects, Paige seems to be better at the touchy-feely stuff, leading to Stevie accusing her of ‘acting like a guest on a TV chat show.’

But can Paige step up and be a good doctor when she needs to be? On the evidence of tonight’s episode you’d have to say the jury is still out.

Sue Haasler is the author of five novels and the official BBC Holby City book, which you can read about here.

Who are The Chasers on The Chase? Meet The Beast, The Governess, The Dark Destroyer, The Sinnerman and The Dublin Dynamo – The Sun

Spoilers: Yasmeen gets devastating news about Geoff in Corrie