BBC Breakfast’s Friday instalment was fronted by Naga Munchetty and Charlie Stayt and during the day’s instalment, the latter was on hand to probe Rishi Sunak over recent revelations regarding the oncoming economic downturn, presented in new figures by the Bank of England yesterday. Stayt went on to ask Mr Sunak whether there was a chance the furlough scheme could be extended in the event of a new lockdown but as the discussion became heated, the pair ended up talking over each other.

Stayt quizzed the guest: “Are there no circumstances in which furlough could not come back?”

“Well, I don’t think it’s helpful to sit here and speculate on – ” but as Sunak tried to answer the question, Charlie continued to speak over him.

The host interjected: “You understand why people have those concerns though? That is their life. If that is the situation,

“I’m sorry Mr Chancellor, you’ll understand it’s not speculation, is it? We’re talking about things that are perfectly possible,” with Mr Sunak struggling to get a word in. 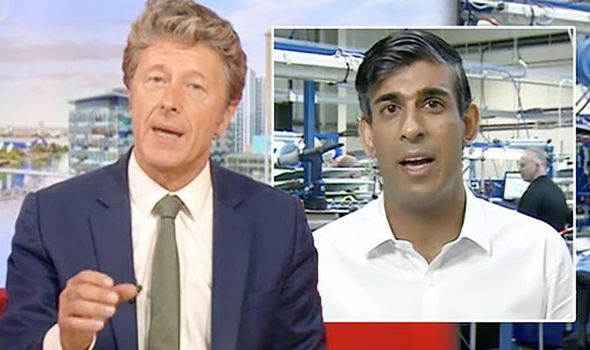