BBC Breakfast viewers regularly see the presenters joined by a range of guests and the latest edition was no different. Today, Charlie Stayt and Naga Munchetty welcomed Andy Burnham onto the programme amid his preparations to for the region of Greater Manchester to be “placed back into tier three restrictions” once the current national lockdown ends on December 2. However, whilst chatting to Stayt, the pair clashed over the former’s line of questioning, which led to the presenter to hit back, ending the discussion by telling him: “I won’t ask the same question again.”

The North West of England has felt some of the biggest impacts of the coronavirus and the region has been under tougher lockdown restrictions since July.

And today, Andy Burnham voiced his continued concerns over the Government’s approach as the date for the easing of the national lockdown looms closer.

Mr Burnham gave a positive outlook at the beginning of the chat, noting rates of infections were dropping “for the first time since mid-June” in all 10 boroughs of Greater Manchester, which he said was “reflected across the North West.”

However, as the interview went on, the chat started to become more heated as the pair appeared to disagree. 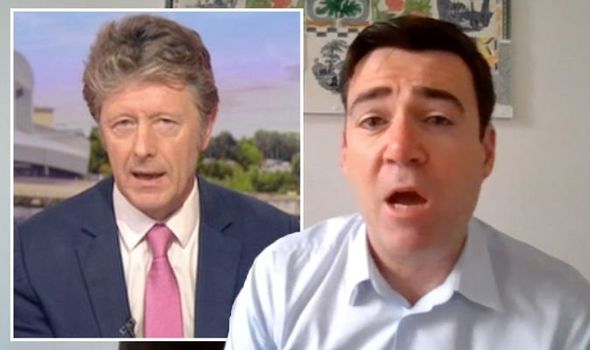 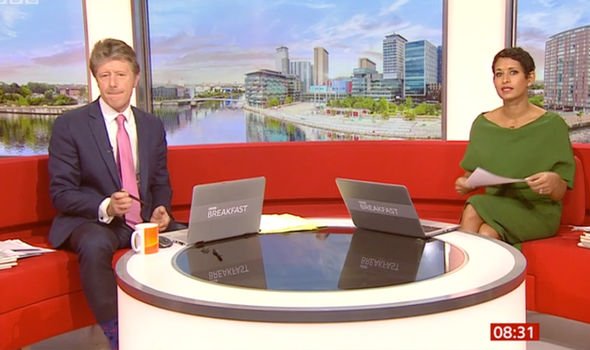 At one point, the host said: “What I’m sensing from what you’re saying about restricting the hours in restaurants and hospitality, for example, and that should be relaxed? You must realise there is a very real and tangible risk if we get to December 2 – if I’m hearing this right – voices like yours, saying, ‘Some of these things didn’t work, relax a little more.’

“There is a very real risk – at the time of all times, in the run-up to Christmas – the cause and effect in the New Year could be we are going backwards rather than forwards?”

“Yes, I accept restrictions will continue to be needed but I’m saying, make them proportionate and evidence-based and there is no evidence the 10pm curfew brings the levels of infections down.” 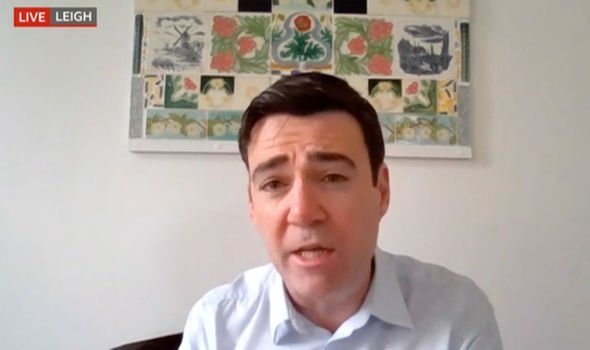 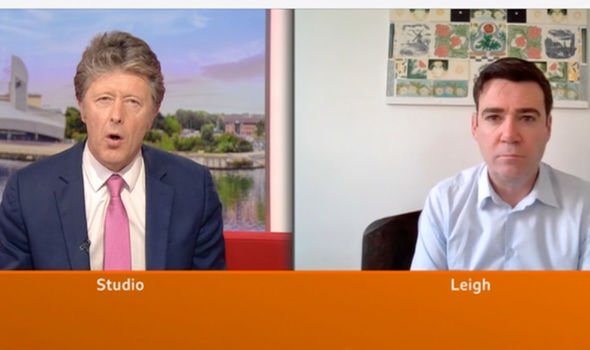 He added how a more targeted approach should be adopted with opening back-up facilities such as gyms and leisure centres: “It’s so important to people when harder to exercise outdoors.”

After Mr Burnham had clarified his thoughts, the host interjected: “Can I just ask one last thing?”

The Greater Manchester Mayor continued: “You’re going to have a mental health crisis on top of a pandemic…”

And Stayt said: “Yeah, just one last thought. If I was a doctor working in one of the hospitals in the Greater Manchester area and you said yourself, we know the strain they’re under, the pressures they’re under.

“It may be stabilising but it’s stabilising at a point of extreme pressure, I’m hearing you say, ‘Do you know what? Looking ahead in the run-up to Christmas, let’s relax things, let’s forget about the curfew at 10pm or whatever.’”

Mr Burnham looked confused by Stayt’s comments and was left unimpressed by his line of questioning, telling him: “You’ve asked the same question twice there, now.”

“I’m saying, make sure whatever you do is proportionate given that people have already lived under four months of resections, that’s what I’m saying.

“I don’t think you can ask people to do things that aren’t going to make a difference, we are very conscious of what’s happening in the NHS and we, of course, will do whatever’s needed.

Mr Burnham clarified his thoughts, adding: “And yes, restrictions will still be needed and I would say to the Government, don’t just go to towards Christmas and let everything loose, that wouldn’t make sense either.

He explained the need for a “steady approach” in order to help numbers of coronavirus infections decrease and “relieve pressure” on the NHS.

“I’m not saying let everything loose and lift all the restrictions, I just think we need a proportionate approach to this,” the guest concluded.

However, Charlie made sure he got the last word in the interview and made a dig at the interviewee’s previous comment, saying: “I won’t ask the same question again.

“Andy Burnham, you’re free to go now, we are done – thank you very much,” added Stayt.

The Masked Singer USA winner admits disappointment at final line-up: ‘I was hoping!’