Charlie Stayt, 58, was on hand to grill Edward Argar, 42, about the latest action being taken to combat the ongoing coronavirus pandemic. With headlines suggesting the number of tests available to confirm a coronavirus diagnosis will be rationed for the foreseeable future, the BBC Breakfast host wanted to get answers for viewers. However, when the Government minister did try to explain why people are having to travel many miles to get to a testing centre, the BBC journalist didn’t think his response was sufficient enough.

Bringing the interview to a close, Stayt said: “The figure you’re talking about for the average distance travelled by people to testing centres – you’ll have heard harrowing stories of people who have had to travel miles to be offered tests – is that a road mileage?

“Or is that as the crow flies because people are saying, that’s how the crow flies?” the presenter asked, giving the floor to Argar.

When the politician said the host was right to address the matter, the journalist interjected by enquiring “which is it?” to get a concrete answer.

“It’s come down from six miles to five-point four and because of the way it’s calculated, it’s the way the crow flies,” the Government minister replied.

“Clearly that is different from someone having to get onto a bus or into a car and travel along the road network which would take longer.” 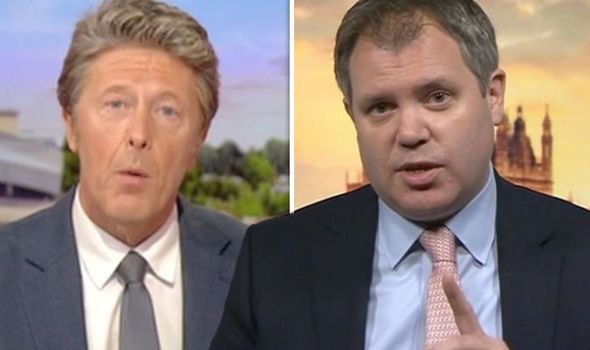 “That’s why, at the moment, the Secretary of State asked the team how we can make that figure more accurate or more reflective of the real-life experience people have of getting in a car and travelling,” Argar continued.

“That’s the easy way of calculating but, of course, we need to make it meaningful for people,” he added, but in the mix of his commentary, Stayt interjected.

Responding to the Government minister’s remarks, the presenter could be heard saying in the background: “How helpful is that information?”

The Voice UK: ‘Where you going?’ Tom Jones astounded as contestant walks off stage

All or Nothing: Tottenham episodes: How many episodes are in Tottenham series?

Criminal season 2 Netflix release date: Will there be another series?