The Bachelorette season is far from over, but Clare Crawley and Dale Moss’ love story came to an end tonight.

It didn’t take long for them to make their love public for everyone to see.

Breaking all the rules for the West Coast, Dale and Clare announced their engagement on social media as the East Coast wrapped up the episode.

At that point in time, the West Coast viewers were about to tune in to see what would happen with Dale and Clare.

Clare Crawley and Dale Moss go public with their love

As soon as the episode wrapped up, Clare and Dale decided to announce their relationship.

She replied, “Yesss count me in!” 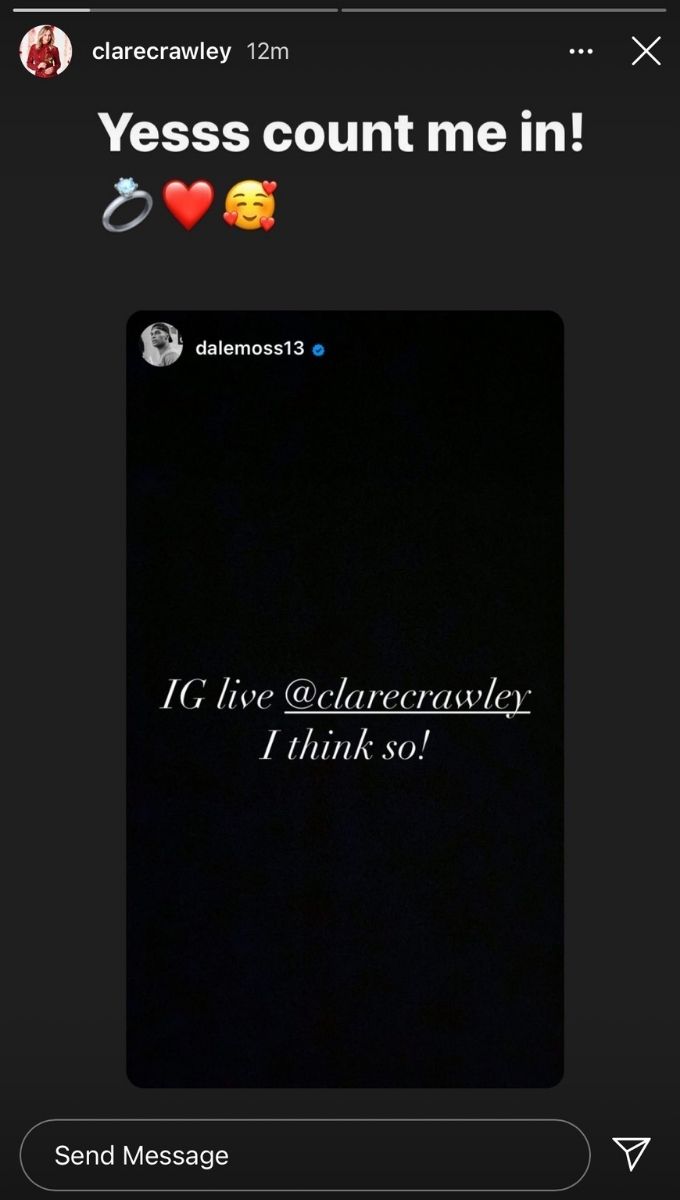 And they didn’t disappoint. Shortly after sharing that story, the couple went live. As it turns out, they were watching the episode together.

Clare was excited and happy, whereas Dale seemed more relaxed. Dale had previously been in Los Angeles this week for a dental appointment and he told fans he was flying back to New York. This was clearly a lie. 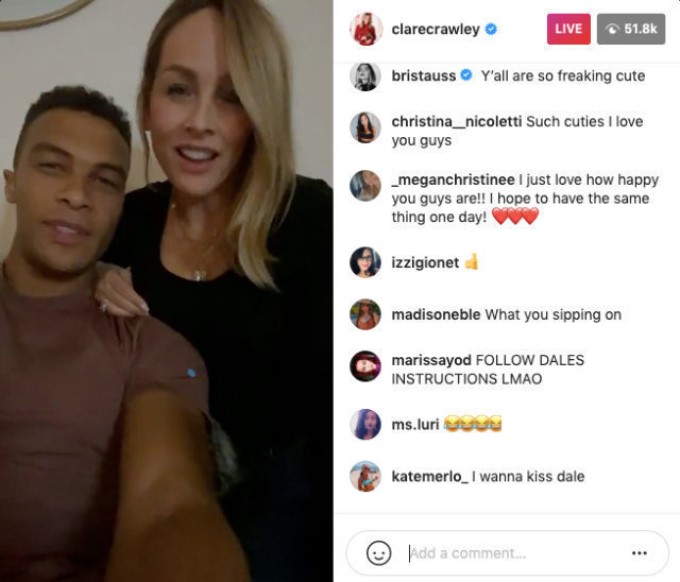 During their Instagram Live, the two really didn’t say much. Clare revealed they had been spending a lot of time together since filming wrapped about three weeks ago.

They also joked about going incognito when they were traveling back and forth to see one another.

Dale added that while they had kept their lives private up until now, fans would now get to see the real Dale and Clare. He added that they were planning on going home to his family next week for their official hometown date in South Dakota.

Earlier this week, Clare was spotted wearing a huge engagement ring. This was indeed the ring that Dale gave her on the show tonight.

Clare Crawley is adamant they didn’t talk before the show

Viewers still have a hard time understanding that Dale and Clare could find love with one another after just 12 days.

Fans aren’t convinced that these two didn’t talk prior to the show. Next week, Clare and Dale will sit down with Chris Harrison to do a little Men Tell All interview, where they will share more information about the relationship.

Chris will ask them directly if they lied to Bachelor Nation about their relationship.

The Bachelorette airs Mondays at 8/7c on ABC.