Claudia Barrett, an actress whose busy television career of the 1950s was destined to be outdone in the public’s memory by her film performance alongside a gorilla-suited alien in the camp sci-fi trash classic Robot Monster, died April 30 of natural causes at her home in Palm Desert. She was 91.

Her death was announced by her family.

“Although she loved acting, by the mid 60s she realized her career wasn’t advancing, so she switched to ancillary jobs in film distribution, publicity, and PR, but was not satisfied,” according to her family-written obituary. “However, in 1981 she found her dream job at the Academy of Motion Picture Arts and Sciences (AMPAS). She worked in the division that produced the awards for scientific and technical advances, got to go to the Academy Awards Show every year, and was able to give tickets to family members in the early years.”

In an image remembered on countless “Worst Movies” lists and in the minds of 1950s drive-in theatergoers, a screaming Barrett is carried off, Fay Wray-style, by the title creature of Robot Monster, a big, hairy alien that looks like a stuntman in a cheap gorilla suit with a diving helmet on its head. Which is, more or less, exactly what it was. As portrayed by stuntman George Barrows, the creature was named Ro-Man, and is generally regarded as the ultimate in 1950s low-budget monsterdom. 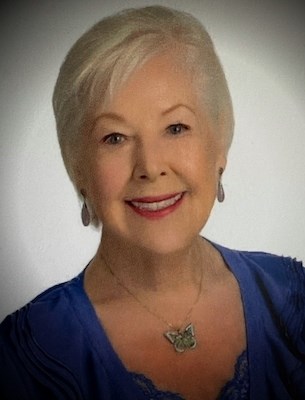 Born Imagene Williams in West Los Angeles, Barrett studied acting, dancing and singing as a child in what her mother hoped would assist in overcoming shyness. While in high school, she was named Miss Sherman Oaks in a local beauty contest, and soon began studying at the Pasadena Playhouse. She changed her name to Claudia Barrett, got an agent and signed with Warner Brothers.

One of the last actors in the studio system, Barrett studied acting, dancing, singing, beauty, diction, comportment and modeling at Warner, and worked steadily for 15 years, primarily in TV westerns. Among her credits: Hopalong Cassidy, Cowboy G-Men, The Abbot and Costello Show, Studio 57, The Lone Ranger, The Cisco Kid, Buffalo Bill Jr., The Adventures of Wild Bill Hickok, The Roy Rogers Show, Death Valley Days and Lawman, among others.

Sci-fi immortality came in 1953, when she was cast as Alice, daughter in the last surviving family in 25-year-old producer-director Phil Tucker’s post-apocalyptic Robot Monster. Costarring George Nader and shot in black and white 3-D, Robot Monster was shot mostly in L.A.’s Bronson Canyon over four days with a reported budget of $16,000.

With a plot lifted from King Kong, Robot Monster followed the ape-like creature whose instructions to wipe out the human population stumble when he becomes smitten with Barrett’s lovely Alice.

The film might easily have been forgotten had it not left a legacy as one of Hollywood’s all-time turkeys. Even in its own time, the movie was so poorly received that its young director reportedly attempted suicide (“I finally realized my future in the film industry was bleak,” Tucker wrote in a note that itself has entered Hollywood legend).

In later decades, Robot Monster would be both remembered and praised as, in the words of critic Leonard Maltin, “embarrassingly, hilariously awful,” and would earn spoofs on Mystery Science Theater, in Looney Tunes and Teenage Mutant Ninja Turtles cartoons and by the rock band The Cars in their hit MTV video for the song “You Might Think.” (The film has yet another claim to Hollywood fame: It’s music was composed by the great Elmer Bernstein, who would go on to write some of the greatest Hollywood scores in history, including that for To Kill A Mockingbird, but in 1953 was scraping for work after being “graylisted” for his left-wing associations.)

For the rest of her life, Barrett would receive fan mail for her role in the camp classic, even as she devoted herself to poetry, watercolors, the study of Emerson and activity in Palm Desert’s Center for Spiritual Living.

“Claudia was loved by many people, and kept friends for life,” according to family. “She was known for her sweet personality, kindness, and cheerfulness. She was an excellent and thoughtful gift giver who loved Christmas and other holidays with her family.”

She was married to actor Alan Wells (The Long Ranger, Cape Fear) from 1953 until their divorce in 1957, and is survived by niece Bonnie, nephew Ron, numerous cousins, other family members and many friends.

Tom and Jerry First Look! Chloë Grace Moretz on Playing a 'Goofball' Opposite the Iconic Duo