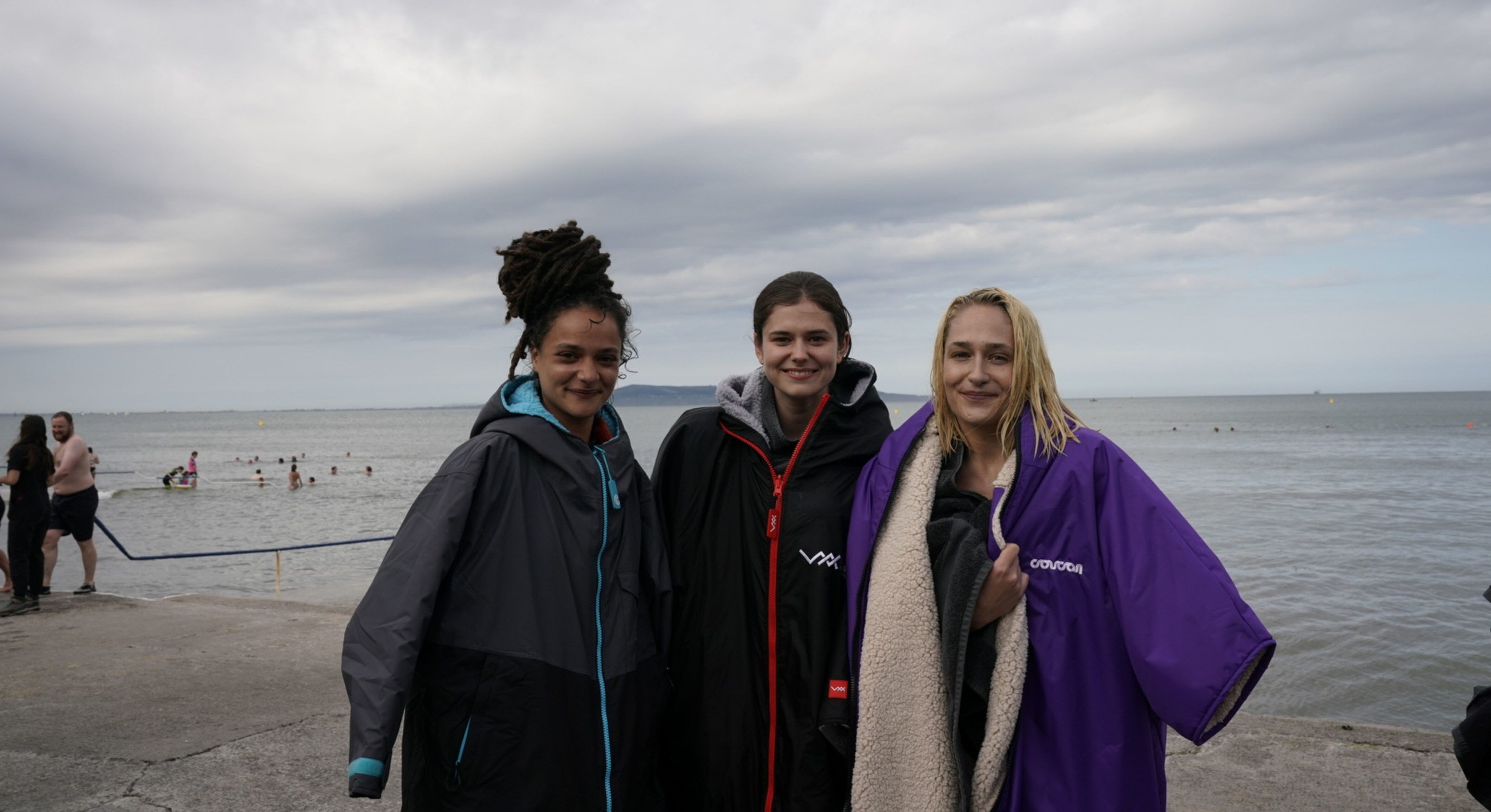 Conversations With Friends actress Jemima Kirke, who plays Melissa in the series, revealed she didn’t have quite the same love for sea-swimming as her character.

The 12-part series landed on BBC iPlayer today, and is the second TV adaptation of Sally Rooney’s novels, after Normal People in 2020.

It tells the story from the perspective of Frances (Alison Oliver), a 21-year-old student, who – along with her best friend and ex-girlfriend Bobbi (Sasha Lane) – crosses paths with a couple who will have a huge impact on their lives.

The couple in question, Nick (Joe Alwyn) and Melissa (Kirke) are extremely accomplished in their fields and have a big social circle of friends.

But they both end up straying with Frances falling deeply for Nick, whilst Bobbi and Melissa share a flirtation.

Melissa gets the friends involved in their lives early on after meeting, inviting them over to the couple’s beautiful home on the seafront. This led to one particularly notable scene, where the journalist takes Bobbi and Frances swimming in the Irish Sea.

But the cast recently revealed it was ‘freezing’ and was also something Jemima really didn’t want to do.

Chatting at the premiere of the series earlier this month, Jemima admitted she became ‘obsessed’ with knowing she’d have to swim in the sea, and not in a good way.

Bobbi actress Sasha began: ‘[The sea] was freezing and people told us, “Oh, it’s good for you and good for your muscles and your energy,” and you go in for 30 seconds or a minute, but we’re filming. That means Lenny [Abrahamson, director] said, “Can you give me 10 more minutes?”

‘I was doggy paddling, I can’t last that long!’

The Sex Education star weighed in with just how in her head she got about the scene, sharing: ‘It was something I was obsessed with? When we started shooting, I couldn’t stop thinking about it, we were gonna be doing this

‘I had questions every day. “When does it start? Are we really gonna do it. Maybe it’s going to get cut? Will we wear wetsuits?”

‘No wetsuits, no nothing, it was the hardest thing I’ve ever had to do,’ she admitted.

She went on to explain how the three women had to carry out ‘practice’ sessions to check they could swim in the Northern Irish capital.

‘What really added insult to injury was a week or two before we were asked to practice right and to go into the water in Belfast which was worse. It wasn’t practice, it was to see if we could swim. I just thought, “there’s not even a f***ing camera.”

‘I got in the water, I got out. The stunt coordinator came and got me and he said I had to go back in which was even worse. He basically dragged me back in,’ she revealed.

Her co-star Alison praised Sasha’s willingness to ‘throw herself into’ the scenes while noting the stunt coordinator wouldn’t let them leave ‘until Jemima got in the water’.

Jemima also teased a bit about what fans will see from her character as the series progresses, as she’s slightly less present in the first few episodes.

She added: ‘We don’t get to see as much of Melissa as we do the other characters, and that’s obviously because Frances doesn’t spend as much time with her.

‘It’s easy to see Melissa as not one dimensional, but less dimensional. It was just important to me to bring out some of her vulnerabilities because there’s so few of them in the book, or that are expressed.’

Conversations With Friends can be streamed in full on BBC iPlayer now.

'Star Wars': Why Is Darth Vader a Sith Lord But Kylo Ren Isn't?