Since lockdown began, Coronation Street has been halving its number of weekly episodes shown on ITV. This is why the soap’s VE Day special was shown last night, Wednesday, June 24, more than a month after the actual date was celebrated in the UK. During the celebrations though, something didn’t sound quite right in regards to the age of one of the street’s oldest residents.

They decorated the pub in mini Union Jack flags, dressed up in wartime costumes and had a buffet for their customers to enjoy.

Not only was it a good chance for them to all catch up but to talk about days gone by. 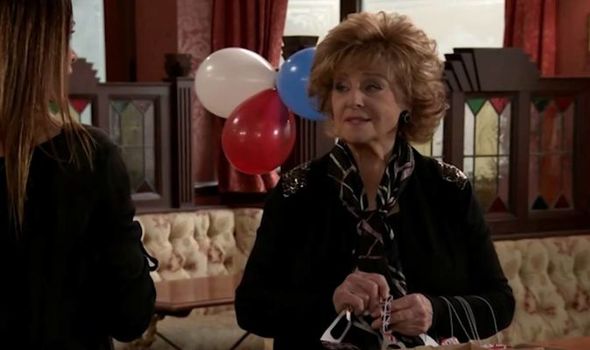 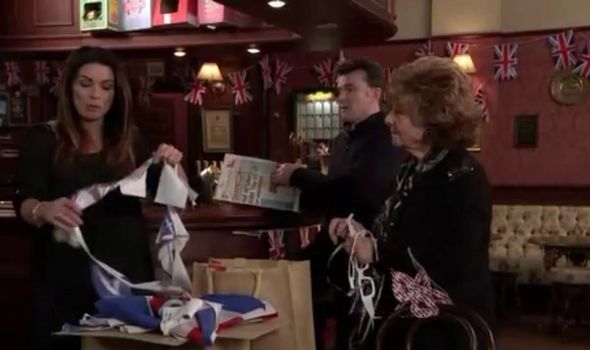 Sat in a booth surrounded by red, white and blue, the four friends talked about what they remembered from VE Day in 1945.

Ken’s dad fought in the Second World War and was asked if his dad ever spoke about what he experienced.

He replied how his father never wanted to dwell too much on it but did mention about how he enjoyed the camaraderie.

When Rita was asked what she remembered of the day by temporary landlady Carla, she went into detail about the occasion. 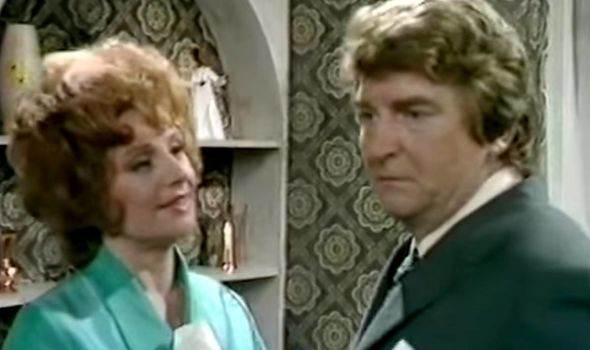 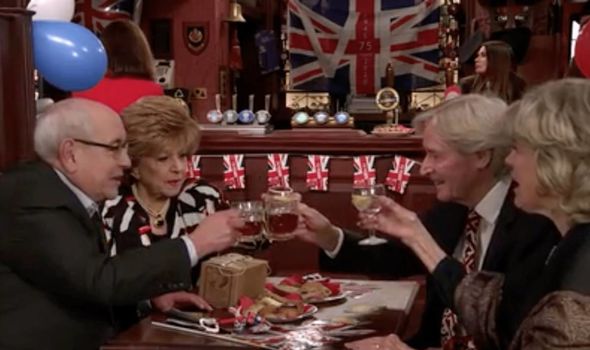 Rita described how on VE Day: “It was like a great wave of relief all across the country because it was finally over.”

However, before she explained what it was like, Rita said she was 13-years-old at the time.

If this is the case, then this would mean Rita is now 88-years-old.

But going by a previous storyline of Rita’s, this couldn’t be true.

In 1981, Rita and then-husband Len Fairclough (Peter Adamson) wanted to adopt children but were turned down due to their age.

They instead decide to foster children, including Jenny Bradley (Sally Ann Matthews) who is now married to Johnny Connor (Richard Hawley) and owns the Rovers Return.

When Rita was discussing the process with the adoption agency, she said she was 40-years-old.

So this would now make 79 rather than 88, going by the story she told in last night’s episode.

Actress Barbara Knox has been in Coronation Street for the past 48 years after making her first full-time appearance in 1972.

She did have a small role in the soap in 1964 but was only featured in one episode.

Knox is now 86-years-old and is still going strong in Coronation Street with her most notable storyline being when she found herself feeling isolated from her friends and neighbours.

Coronation Street continues every Monday, Wednesday and Friday at 7.30pm on ITV.