Jenny (played by Sally Ann Matthews) has been cautious about getting too close to Sharon (Tracie Bennett) since she rocked up on Coronation Street to make peace with her past. Little does the Rovers Return landlady know, she is 100 percent right not to trust Rita Tanner’s (Barbara Knox) former foster daughter as she is working with her nephew and drug lord Harvey (Will Mellor) to get revenge on Leanne Battersby (Jane Danson). In the coming weeks on the ITV soap, it seems Jenny will discover exactly what the troublesome character is up to, but will she kill Sharon in the process?

Sharon has tried her best to be subtle about trying to track down Leanne, who fled the cobbles with Nick Tilsley (Ben Price) and Simon Barlow (Alex Bain) after bringing down the drugs gang.

In hopes of discovering their location, Rita’s former foster daughter has begun manipulating Sam Blakeman (Jude Riordan) to get intel on his father.

She has relayed this back to her nephew in prison but on a recent visit, she was spotted by Jenny who was going to see her husband, Johnny Connor (Richard Hawley).

Somehow, the troublesome character managed to talk her way out of it but it certainly planted the seed in the landlady’s head everything wasn’t as it seemed.

As her antics begin to unravel spectacularly, Sharon will be confronted by Jenny as to what’s going on and according to soap star Sally Ann, 50, the women end up having a bit of a scrap. 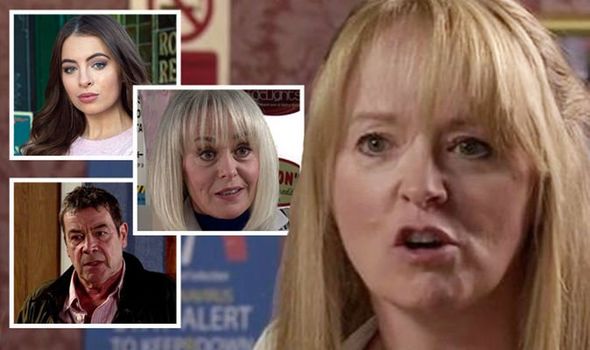 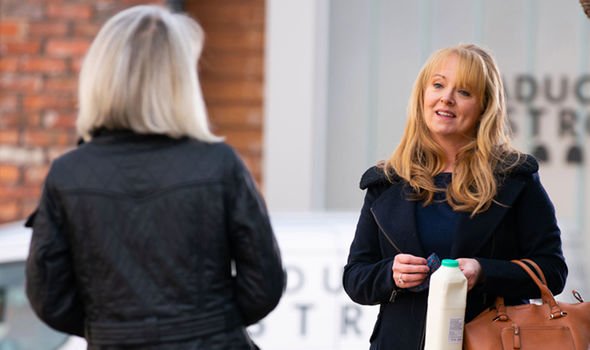 Speaking to Express.co.uk and other publications, the actress who plays Jenny, Sally Ann, said: “She’s not happy about the fact that Sharon is someone who really hurt Rita.

“She’s suspicious of her from that point of view. She’s being convinced Sharon has turned over a new leaf, Rita’s convinced her everyone needs a second chance and Jenny’s going along with that.”

Asked if she would enjoy witnessing a clash between the pair, the soap star added: “Oh would I.

“I tweeted the other day I was having the campest day I’ve ever had at work. It is brilliant,” she explained, teasing a clash between the two characters.

“Anything between these two is just a joy to do. We work really well together. It’s so big and so unique,” she continued. 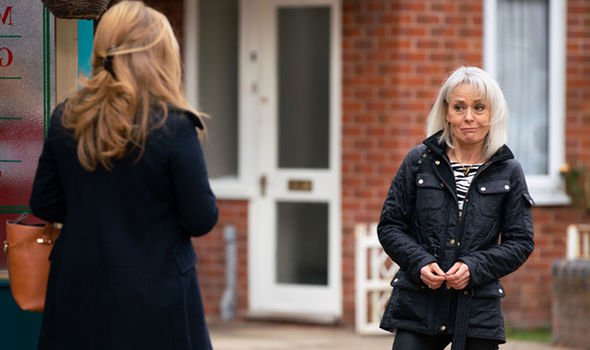 It’s so big and so unique

Jenny has never killed anyone before but if one thing leads to another and she sees red after discovering what Sharon has been up to, she could take deadly action.

With the landlady being fiercely protective of Rita, she could see the troublesome character as a serious threat to the pensioner.

Unfortunately, once she’s committed murder, there is no way back for the beloved cobbles resident and she could end up behind bars.

However, will a jury believe she was acting in self-defence if Jenny makes the case Sharon was an extremely dangerous individual?

Or will they throw away the key as the evidence connecting Harvey to his auntie suddenly disappears? 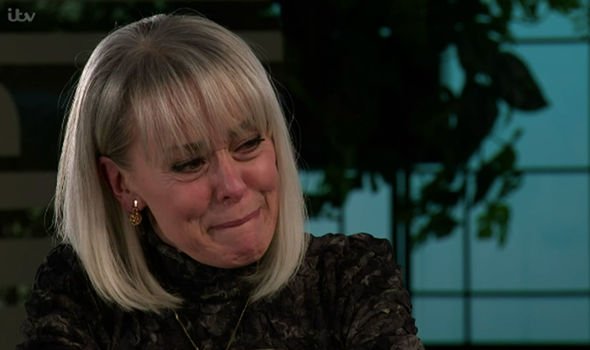 Taking to Twitter, fans are sure Jenny could be the one to bring down Sharon and destroy the drug gang once and for all.

One viewer wrote on the social media platform: “I do hope Jenny smacks that Sharon in the mouth soon…#Corrie.”

Another posted: “@SallyAnMatthews beware of that Sharon woman. Jenny can’t put my finger on it but something shifty about her mark my words #Corrie.”

Whilst a third remarked: “Outstanding performances by @SallyAnMatthews. I loved Jenny wanting to find out what Sharon was doing.”

“Looking forward to Jenny versus Sharon! #Corrie,” a fourth shared, with a fifth stating: “Don’t mess with Jenny, Sharon. She’ll have your guts for garters! #Corrie.”

It’s not been confirmed how long Sharon will be on the cobbles for but her role in the ongoing drug’s storyline is not over just yet.

Speaking about returning to the soap after two decades, the actress who plays Sharon, Tracie, said: “I had such an amazing time there and I am looking forward to working with Barbara again and getting my teeth into the storylines they have planned for Sharon.

“I was first approached about coming back about 18 months ago.

“I was keen and excited to see what was in store but my work schedule and then the pandemic has meant that it has taken until now for it all to come together.

“I am so pleased that I can finally tell everyone as it has been hard trying to keep the secret,” the soap star said.

Executive producer Iain MacLeod added: “It’s extremely exciting to see someone of Tracie’s calibre revisit a role so rich in history and with such a complicated psychology.

“Sharon returns across some badly burned bridges to reconnect with Rita – but very quickly her presence becomes destabilising and extremely dangerous, in ways that I hope the viewers won’t see coming

“The big question is, what has her life become since she was last on the Street? The answer to that question will drive a massive story for us, which runs into the summer and beyond.”

So could the future of this storyline see Sharon killed by another one of Rita’s foster daughter’s in a bitter revenge plot?