Michael (played by Ryan Rusell) was left crushed during Monday’s trip to Coronation Street as his girlfriend Grace Vickers (Kate Spencer) rejected his marriage proposal. Since last week, viewers have been sceptical about the mother-of-one as she seemed agitated when her daughter Tianna called the Bailey boy “daddy”. Following her decision not to marry her partner, the ITV soap newcomer told him she was leaving for Spain and taking their child with her. However, could she be harbouring a secret about who the youngster’s father really is?

How is Boris Johnson handling the coronavirus crisis? Vote in our poll

After failing to stop Grace leaving with their daughter, Michael hit self-destruct but by the end of the second episode, he was back at the Bailey house.

The father-of-one walked in on James (Nathan Graham) on his phone, who looked rather suspicious when his brother arrived home.

The young footballer told his sibling their father Ed Bailey (Trevor Michael Georges) had updated him on the disastrous proposal.

“I thought you’d have gone to the shop, got yourself a bottle and got absolutely smashed,” the youngest Bailey Brother said.

“I was going to but then I realised I lost my wallet. So, I just sat in the park and shouted at pigeons instead,” Michael replied. 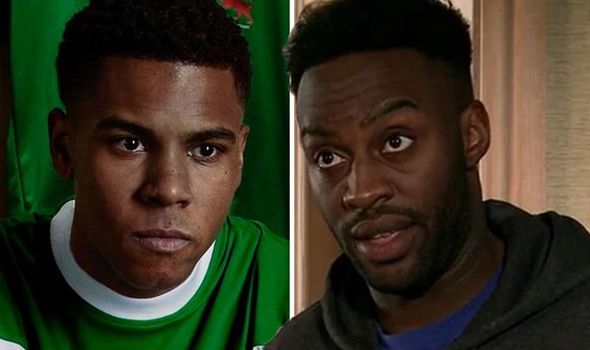 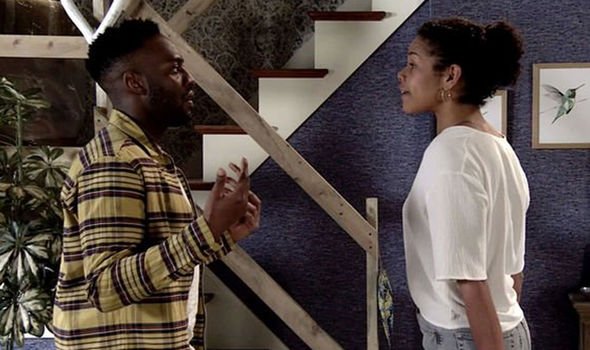 Listening to his brother’s hurt and frustration over Grace taking Tianna, James told his sibling he was “sorry” for what had happened.

“I thought things were going really well between me and Grace – I was starting to feel like a real proper family,” Michael replied.

“And then I find out she’s been seeing some guy behind my back. I just can’t get my head around it,” the heartbroken father-of-one added.

The young footballer then asked if his brother knew who his girlfriend was seeing, to which he said: “I don’t know anything about him except she’s moving to Spain with Tianna and he’ll be the one raising my daughter.” 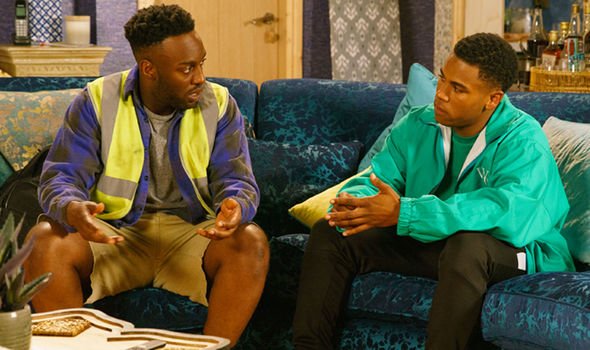 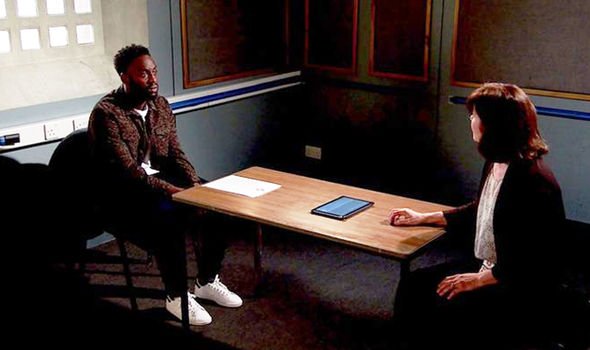 I just can’t get my head around it

James asked his brother to “promise” he wouldn’t “do anything crazy” to which Michael said he couldn’t agree.

Upcoming scenes will see the desperate father-of-one kidnap his daughter in an attempt to stop Grace leaving the country without her.

This will lead to his subsequent arrest as the mother-of-one continues to harbour a secret, but could this be because he isn’t Tianna’s father?

Instead, his brother James could have fathered the youngster when he was trying to get to grips with his sexuality.

The aspiring footballer could have known this from the moment Grace walked back into Michael’s life last year.

James could have been messaging the mother-of-one to ask if his brother knew the truth after hearing about the unsuccessful proposal.

However, Tianna’s mother will be forced to tell her partner about their daughter’s parentage at some point, so will he be destroyed over the fact his brother is the baby’s father?

Having been so supportive of his brother coming out, this twist could see Michael distance himself from his sibling and his family for good.

Speaking about his character’s storyline, actor Ryan, 28, explained there are more twists on the horizon after Michael is arrested.

The soap star said: “There is a lot going on between Grace and Michael and there is a lot more to be revealed in terms of their relationship.

“It’s not over yet,” he explained, so could James being Tianna’s father be part of the big surprise for his alter-ego.

If his girlfriend had slept with his brother, will there ever be a chance he and Grace can move on from their betrayal?