Coronation Street resident Yasmeen Nazir (played by Shelley King) has been the victim of coercive and controlling behaviour by partner Geoff as he has continued to make her life difficult. Tonight, Yasmeen admitted she did not want to leave for Cyprus but could she end up coming up with a plan to convince him to leave the country without her?

Geoff has continued to victimise his once upbeat wife Yasmeen as she continues to live in fear of what he might do next.

From convincing her she was an alcoholic, to killing her beloved pet chicken, Charlotte Bronte, and forcing her to eat it, Geoff’s horrible behaviour seems to have no limits.

However, it seemed as though Yasmeen had finally found a way out when her Alya cottoned onto his abusive behaviour.

Gail Platt (Helen Worth) alerted Alya to the fact she had seen Yasmeen crying and urged her to check up on her. 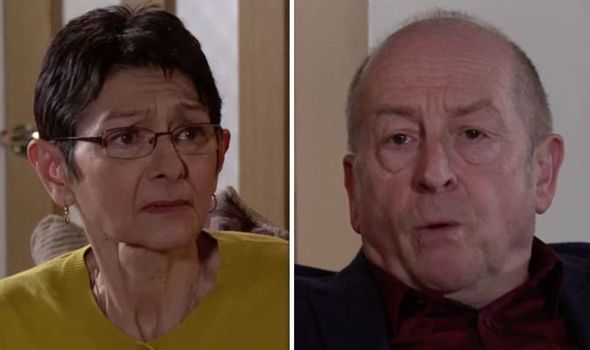 With the help of Toyah Battersby (Georgia Taylor), she decided to report Geoff to the police and do some further digging.

She soon discovered he had been in trouble with the law before over his ex-girlfriend, where he had been charged for affray.

A desperate Alya tried to get beloved relative to see sense but was unsuccessful as she refused to leave Geoff behind.

Now, as Alya continues to try and show Yasmeen her husband’s true colours, it seems she may have finally made a breakthrough this evening. 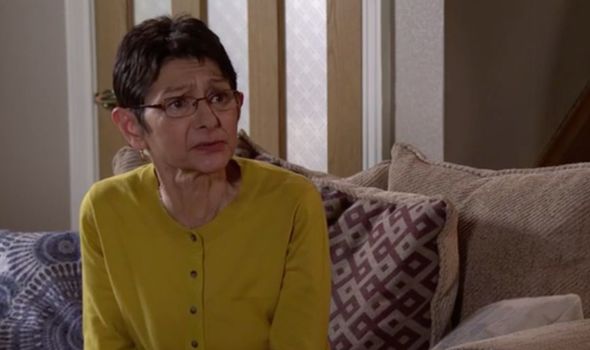 Yasmeen spotted her relative making a phone call, with Alya informing her she had been speaking to the police about Geoff.

However, Yasmeen became defensive and reminded her it was her business, insisting she was “not scared” of her husband.

Geoff later left worried Yamseen after leaving her alone without telling her where he was going.

Viewers know Geoff has secretly been meeting escorts behind his poor wife’s back as he was seen making another appointment tonight.

On his return, Yasmeen seemed to finally express doubts about the big move abroad, explained her feelings to Geoff.

He quickly hit out at his wife, who was desperate to stay in Weatherfield after another warning from her granddaughter.

Yasmeen came clean and apologised, with Geoff replying: “I just wished you hadn’t wasted my time, that’s all.

“You knew how excited I was and all the time you had no intention,” he remarked.

Yasmeen, trying to justify her change of heart, explained: “No, that’s not true, it just seems so soon. We’ve only just got married and almost straight away, it’s such a big decision.

“I feel like we should take a bit more time, make sure it’s what we really want. Then if it is, yes, let’s do it.”

Geoff was unsurprisingly angered by his wife’s decision and later informed Alya they would be staying for longer than planned.

Alya will surely continue her attempts to get her grandmother back on side as it seems she is finally having second thoughts.

Could she use the extra time she has with Yasmeen to convince her Geoff is being abusive towards her and trick him into leaving for Cyprus without her?

Eamonn Holmes calls for This Morning to evacuate after mystery sneeze