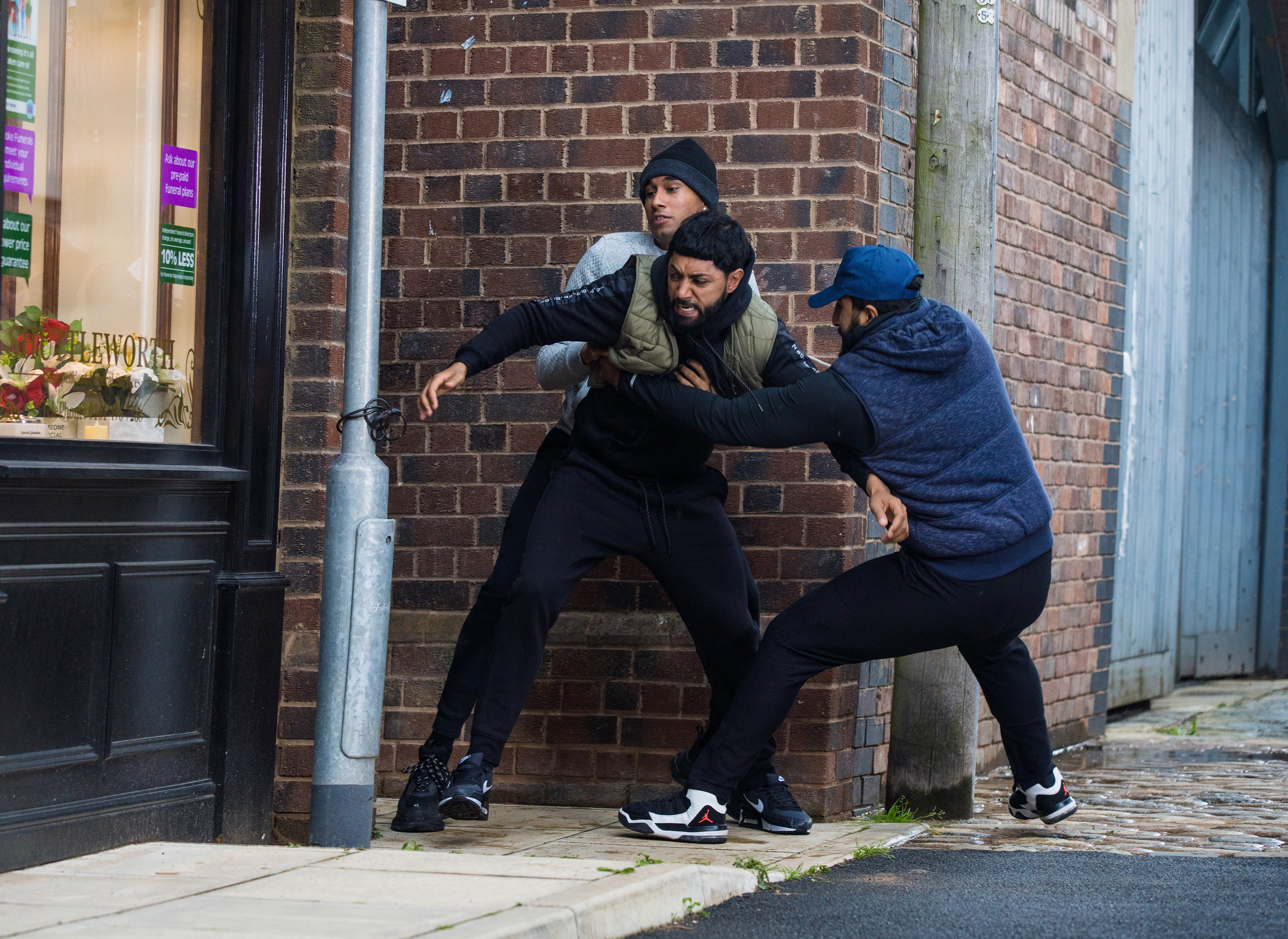 Nobody returns to Coronation Street without having enemies after him – look no further than Todd Grimshaw. And the same applies to Zeedan Nazir (Qasim Akhtar) who has arrived back in mysterious circumstances.

Before long, after acting cagey around his family, it soon becomes clear that he has got himself into serious trouble as he is cornered in the ginnel and left battered to an inch of death.

Found bleeding and in a terrible state, what has been going on?

Alya and Simon quiz Zeedan about his attackers. Zeedan tells them that he’s no idea who they were. Having witnessed their earlier row, Simon wonders if Ryan was responsible.

Zeedan gives a statement to Craig and suggests Ryan might have been his attacker. Furious, Ryan tears a strip off Zeedan for trying to frame him when he was working all afternoon. Zeedan comes clean to Yasmeen and Alya, explaining he’s in trouble.

But who are the people out for his blood and how dangerous are they?

As Yasmeen demands the truth from her son, she issues a dilemma and he is forced to give details of exactly why he has been attacked by the thugs.

Left in a complicated and dangerous situation, can his family protect him from further attack or will they be embroiled in the violence themselves?

The Crew: Who is in the cast of The Crew on Netflix?