Countryfile was presented by Matt Baker and Charlotte Smith from the Norfolk/Suffolk border this evening. Those watching a home saw Matt visit a social enterprise that harnessed the healing power of the rural landscape and provided training in traditional skills to homeless people. While Charlotte met a woman who has up a career in logistics for fish for lobsters as well as a farmer who has diversified and turned his hand to producing Brie with milk from French cows. And it was following her visit to the cheesemakers that Charlotte spoke about her “regret”.

“When I knew I was coming to a diary farm, I was just expecting big black and white cows and it seems you’ve got the colour scheme wrong,” Charlotte joked with the farmers. “What are these?”

“I’m assuming, because they’re quite wee in terms of dairy cows,” the presenter remarked. “That they’re producing a lot less milk?”

“There’s less per cow but the quality of the milk is really good,” he explained. 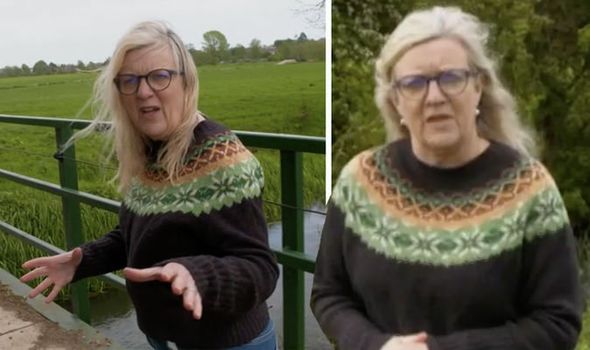 He went onto describe his farm before diversifying and said it was “much more commercial diary farm” where the milk would be processed and turned into drinking milk.

Now, Johnny and Dulcie were creating unpasteurised milk which they would also turn into Brie, and Charlotte went to find out how their cheese was made.

The milk was first turned into curd and then it was cut to release some of the moisture.

After standing for two hours, the curd was ready for ladling and it was Head of Cheese, Mark King who oversaw the two and half tonnes of cheese they turn out every week. 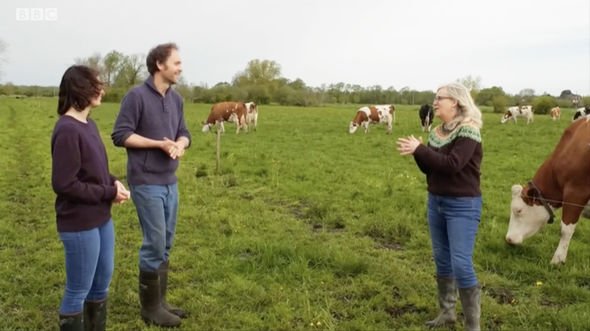 Charlotte was seen giving Mark a hand filling the moulds, and once they were full ip, they were turned to drain out any excess whey, hand-salted and put on racks where they were stored for six weeks.

The only thing left to do was package up the product and try it!

“This is the moment I have been looking forward to the most!” Charlotte admitted joining Johnny and Dulcie in the hay barn.

“It’s really complex,” Dulcie explained. “And as you keep eating it, different flavours keep coming through. Occasionally you’ll get a real mushroomy flavour from the rind as well. 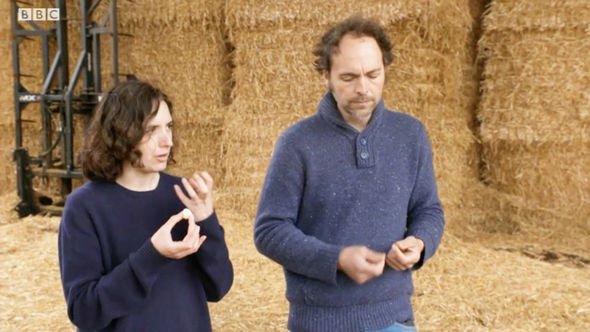 “And you’ll probably taste a bit of farmyard in there as well!”

Charlotte then left the farmers and their Brie and explored the countryside.

“I’m really regretting leaving my coat behind,” she told viewers. “You’ve guessed where i’m going with this, haven’t you? Here’s the Countryfile five-day forecast.”

She then passed over to Louise Lear who was delivering the report. 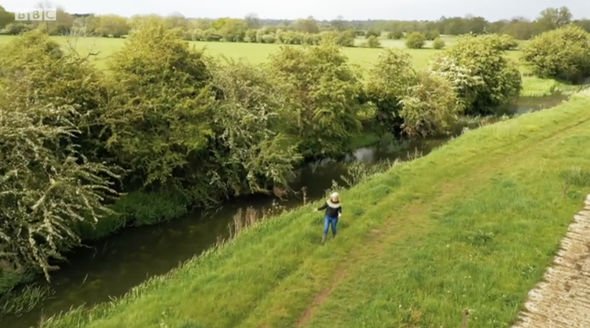 And she said: “I can understand why you wanted to keep your coat close at hand because the weather this year has been all over the place, hasn’t it?

“It was really cold and frosty in April and then we had some rain in May, so June had a lot to live up to and did that first week of June do exactly that!”

“In fact the heat peaked in the middle part of the week and it was the warmest day of the year so far [in several locations].

“I suspect our week ahead, will be subtly different, unfortunately,” Louise said.

Countryfile airs Sundays at 6pm on BBC One.

Emmys 2020: The PandEmmys, Even Better Than the Real Thing