A critic has called for I’m a Celebrity‘s famous waterfall shower scenes to be cut from the show, arguing that women are pressured to wear bikinis and pose seductively in order to titillate viewers, something which she believes is both demeaning and sexist.

Observer columnist Barbara Ellen has suggested that all the campmates should be permitted private facilities to bathe, or should be allowed to wash solely in the rock pool.

Affirming that in a post-MeToo era we should all be more aware of glaring gender inequality and that the shower should be”disabled for good”, Ellen criticised societal pressure on “young female celebrities” to “make the grim, bikini-clad trudge to said shower in order to stretch, arch, undulate and generally prance about in scenes that are about as natural and unforced as a Playboy centrefold shoot”.

Ellen also criticised language that’s been used to describe women in her column, imaging a contestant asking the question “‘Will I be flaunting my curves enough?'” as they shopped for “minuscule bikinis”. 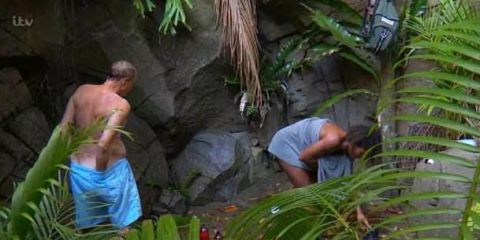 This year’s series appears to have aired male and female celebrities taking jungle showers in equal measure – after all, who could forget the moment Harry Redknapp handed Fleur East the soap after he’d used it for a cheeky scrub on his bottom?

Some fans disagreed with Ellen’s argument, with one commenter suggesting that some of the celebs might take pleasure from posing in a bikini, and if they didn’t, then they could easily cover up.

“These people know what to expect,” one reader wrote under the article. “Who says they don’t do it for their own pleasure? Most of them are walking around the camp in bikinis. 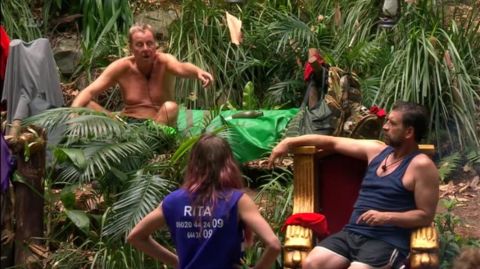 “They don’t have to. If they didn’t want to then they could cover up. None of them are shy in saying what they think. I wish the press would stop deliberately stirring just to cause trouble. No it’s not debate, it’s trouble. Just take it for what it is. Some fun and silliness with a bunch of overpaid people!”

Another reasoned that Ellen’s article was dictating what a woman can or can’t do, which was going against her argument for gender equality.

Another added: “You presume to dictate women’s choices. If they want to shower in public that’s their choice.”

ITV told Digital Spy: “All aspects of camp life are reflected in the series.”

'Gossip Girl' Reboot Stars on How the Show Has Evolved

Mama June, 42, packs on the PDA while on a romantic hike with new tattoo artist boyfriend Justin Stroud, 34