The former footballer, 43, showcased his new look while leaving Notting Hill club Laylow in the early hours of the morning after attending the Haig Club House Party. 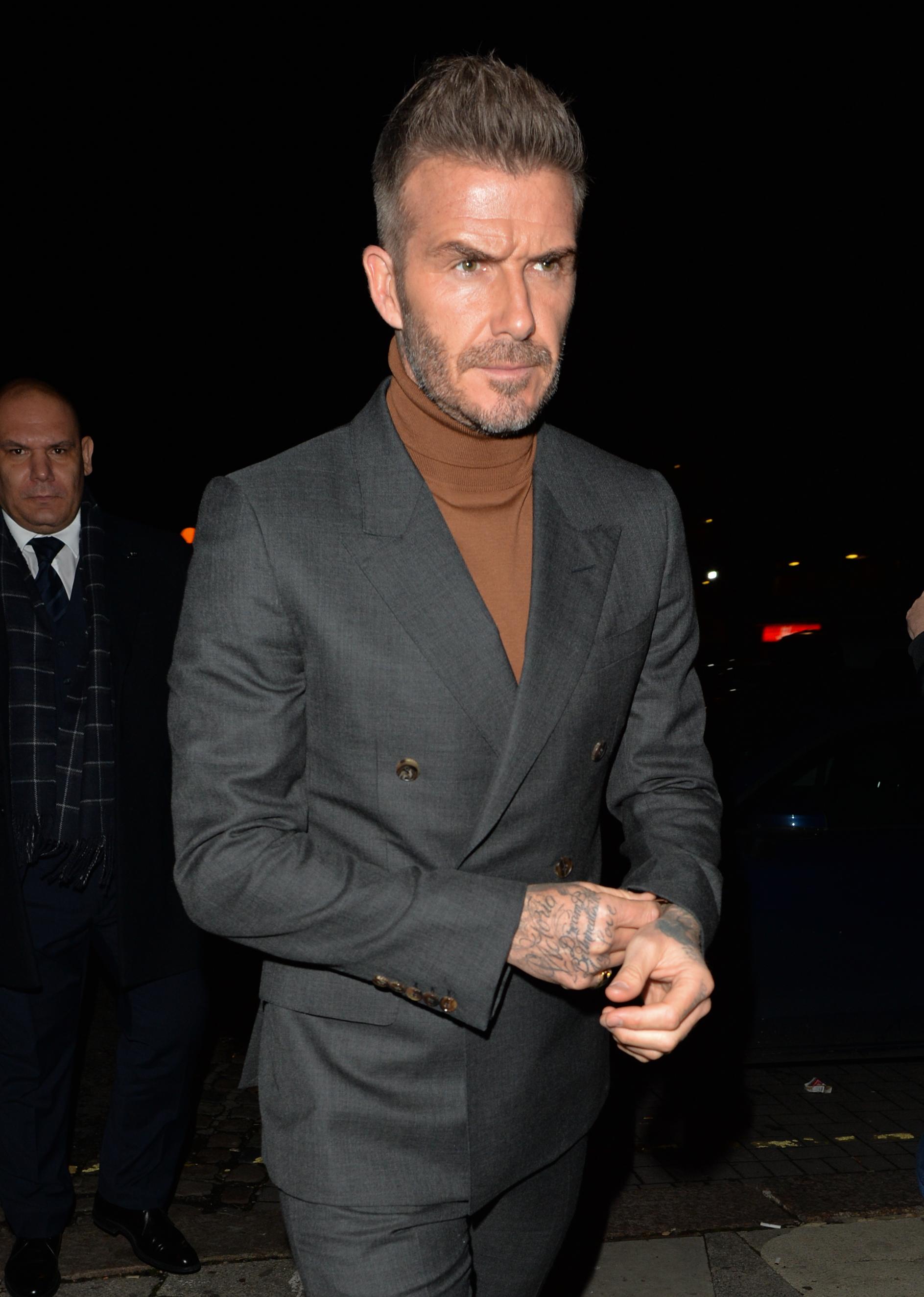 The father-of-four was pictured alongside Brooklyn's new girlfriend Hana Cross as they left the party and looked suave in a double-breasted suit.

Yet, it was his thicker locks and a buzz cut that shone, months after The Sun's Bizarre column reported that had a "secret hair transplant".

David allegedly planned to fork out for a new hairline months ago, and seems to have become one of a growing number of middle-aged men to undergo a hair transplant.

Photos over the past year reveal his hair loss journey, and he first showed off his receding hairline after shaving off his thick locks on holiday in Asia. 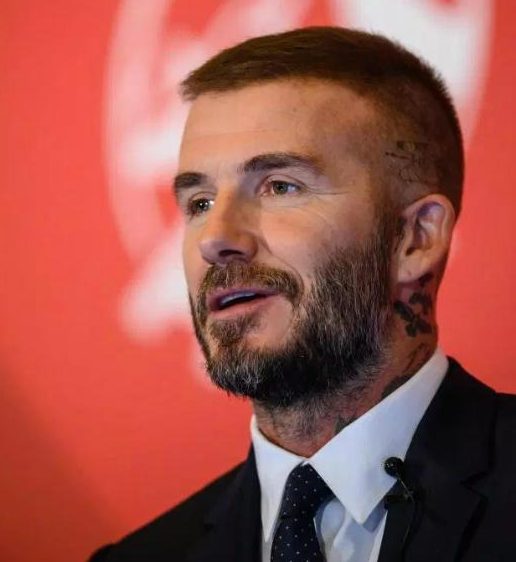 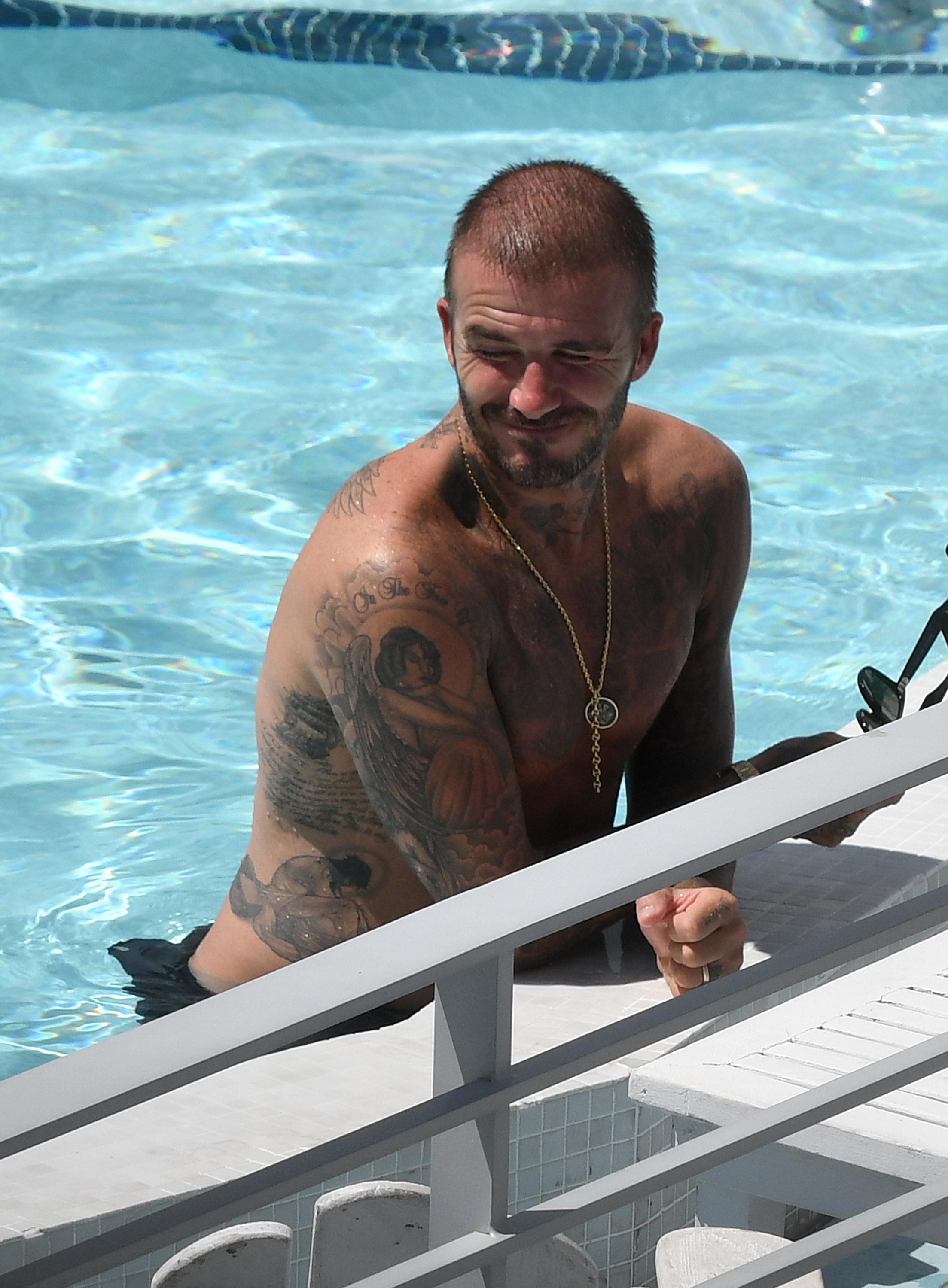 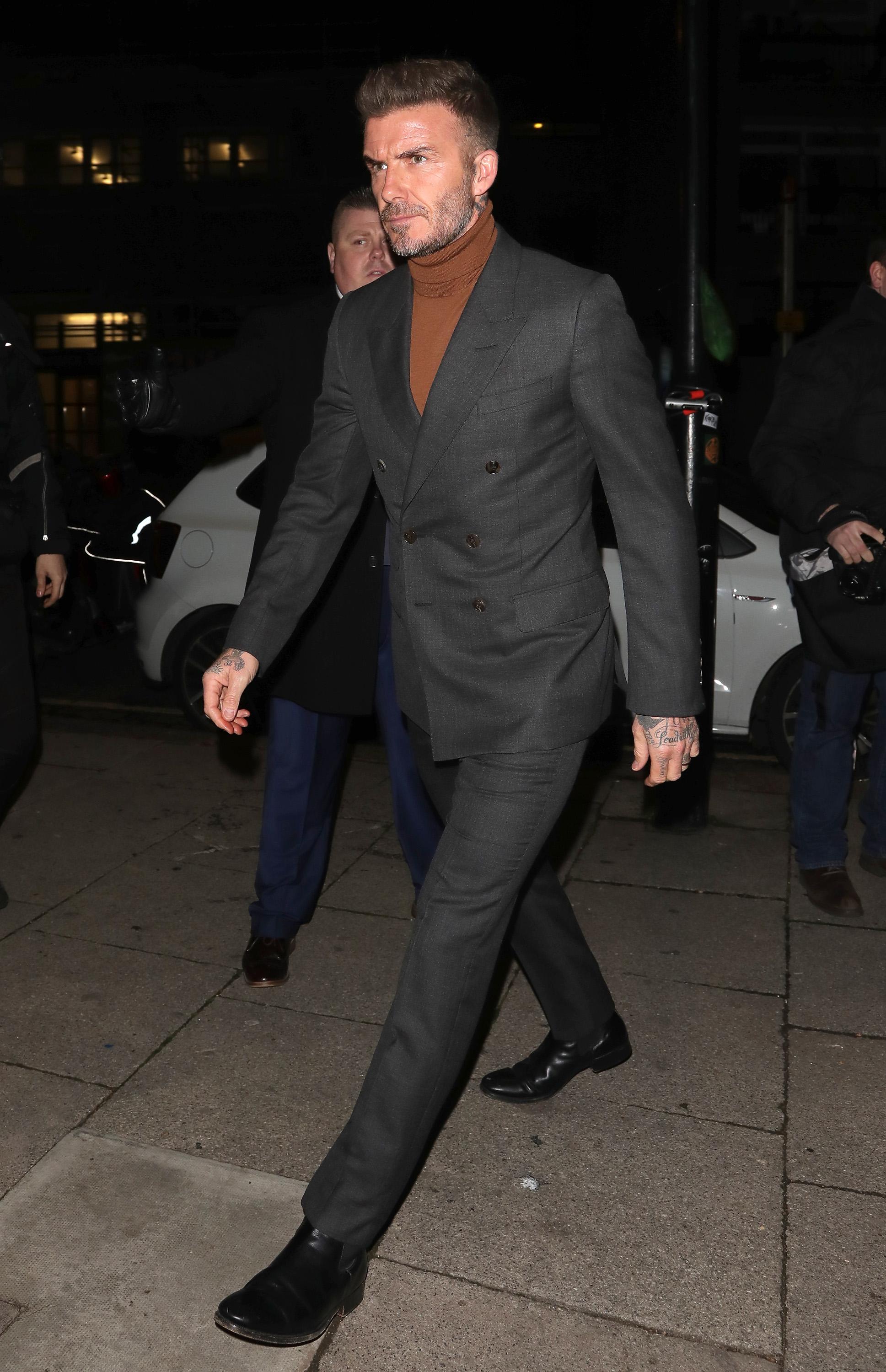 What's more, it appeared to be disappearing in June last year when he sported a slicked back hairdo.

Coincidentally, earlier this year when he could have undergone the intense procedure, he was pictured several times wearing hats.

But fast-forward to this June and his hairline appeared a lot straighter when he attended a reception at Buckingham Palace.

At the time, David's spokesman told The Sun it "was a matter of privacy whether it's false or true". 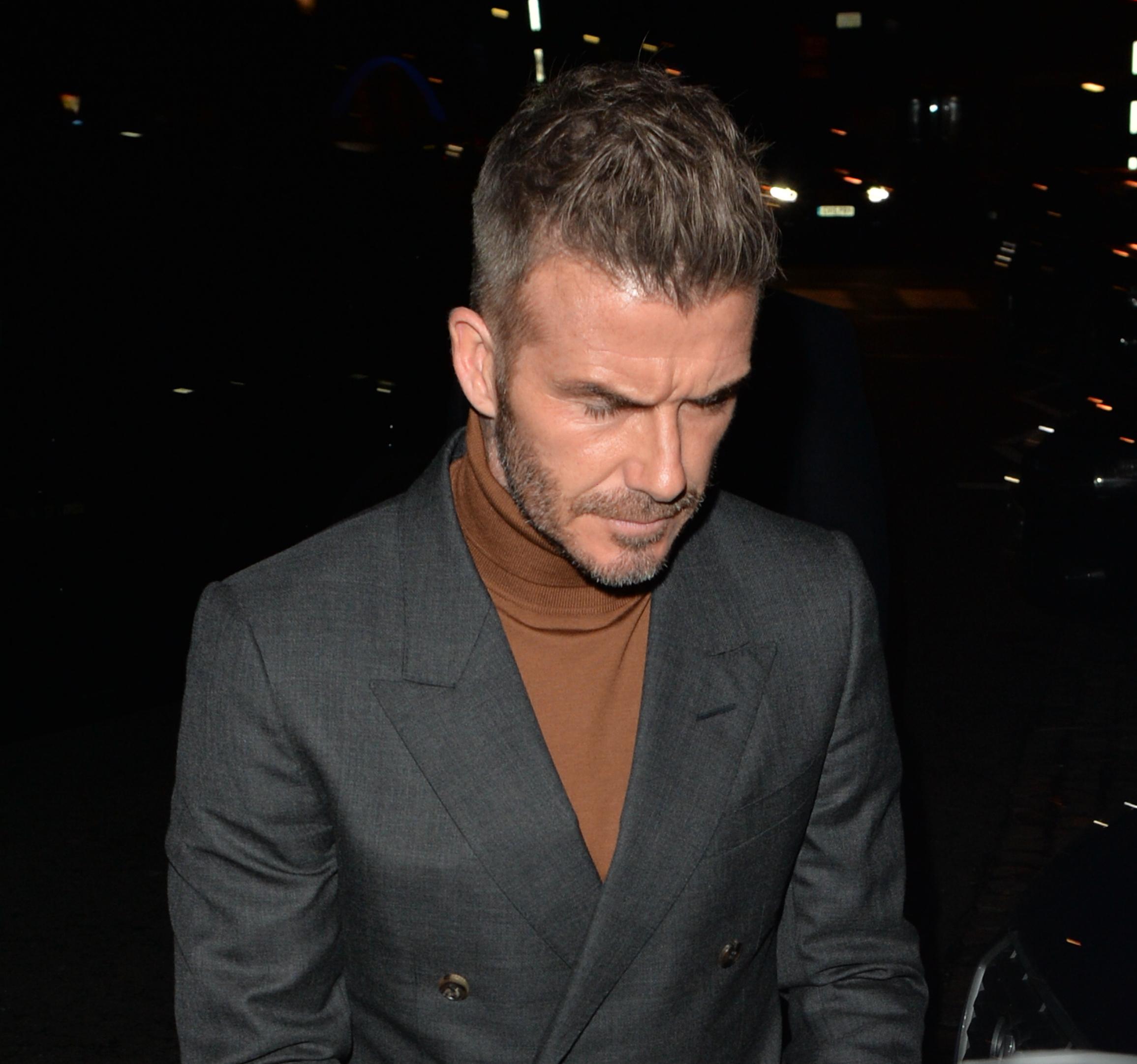 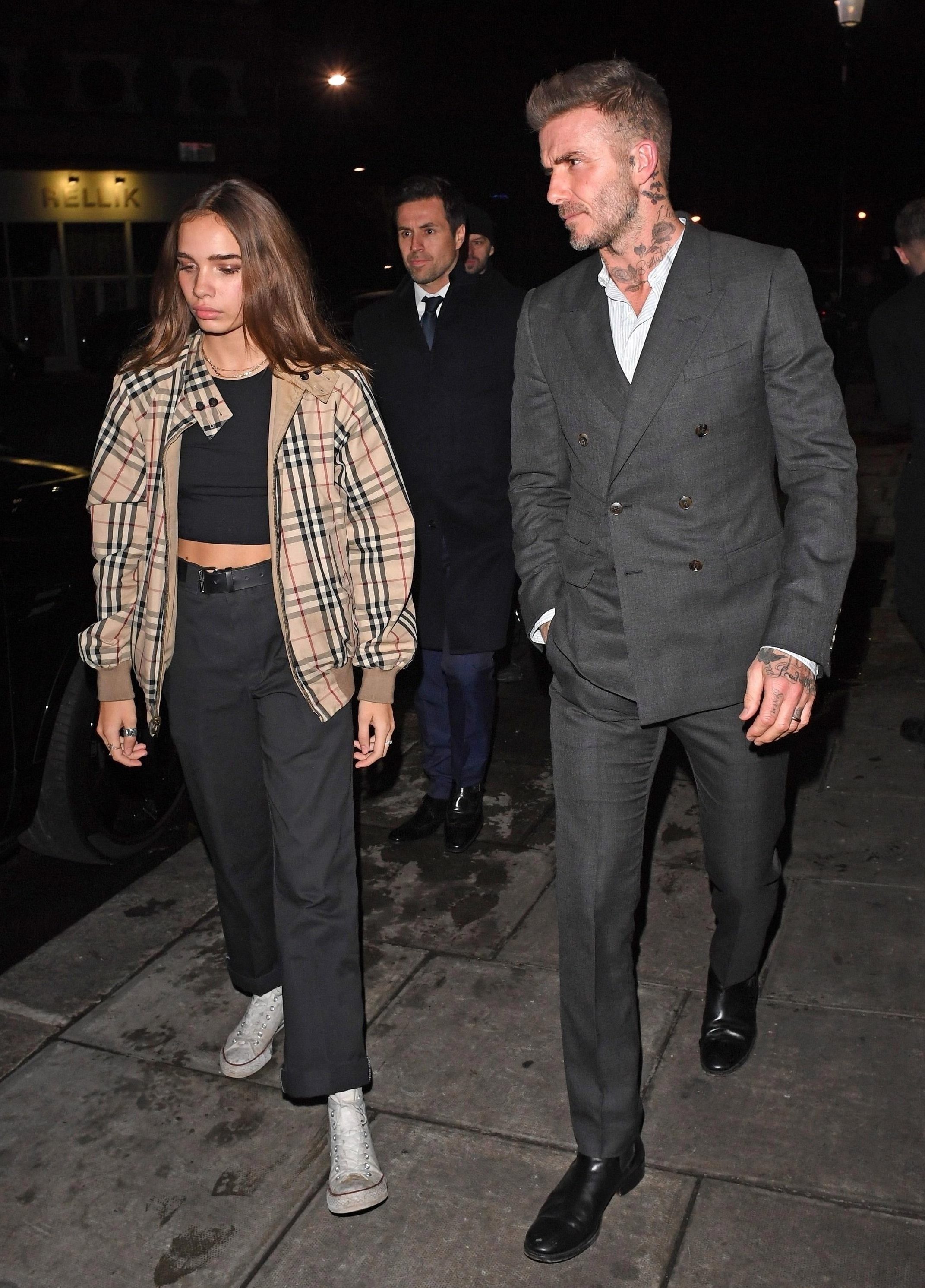 His hair transplant comes after tearful fans said a sad farewell to David's ­famously lush locks after the star was snapped on a break in Miami looking worryingly thin on top.

The footy ace has entertained fans with mohawks, buzz cuts, cornrows and buns over the course of his three decade career.

Meanwhile, Victoria, 44, wore a sheer high-neck shirt for which showcased her black bra underneath for the party last night.

She teamed the look with a pair of skinny jeans and pointed heels while carrying a clutch under her arm. 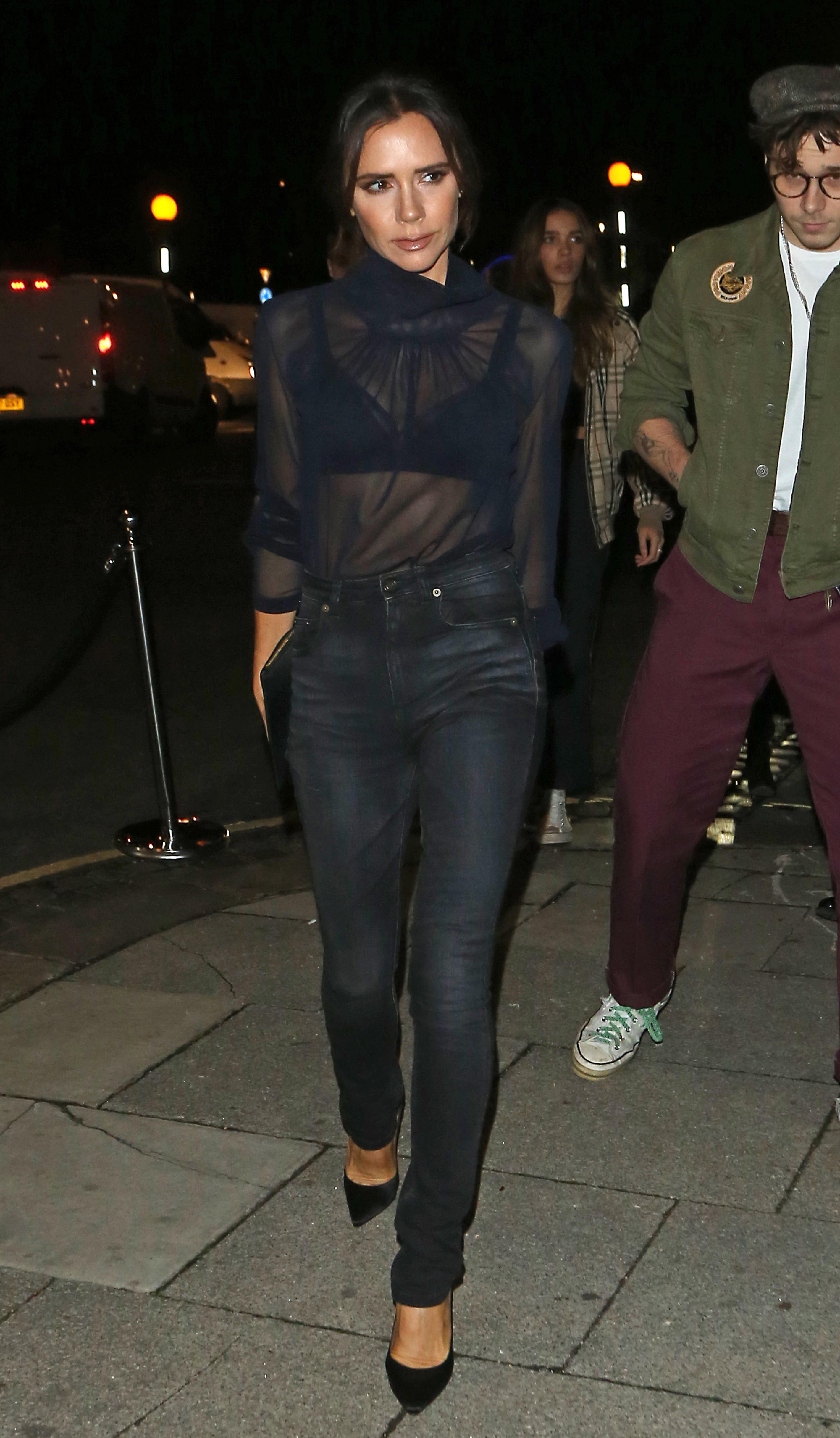 Attempting to leave unnoticed, Brooklyn, 19, followed his mother out of the venue in a pair of maroon chinos, khaki jacket and a baker boy cap, while Hana strolled alongside his dad in a Burberry print jacket.

Their appearance together comes after it was reported by MailOnline that romance was blossoming between them after they had enjoyed a series of outings together.

Hana and Brooklyn attended a Mumford & Sons gig at London's O2 Arena earlier in the month, days after enjoying a night at Winter Wonderland in Hyde Park.

Brooklyn was pictured spending time with the young model, who is reportedly a close friend of his cousin, Libby Adams – the daughter of Victoria's sister Louise, at the fun-filled events.

The aspiring model is signed to three different agencies listing Select Model Management, US agency The Lions and French agency Premium Models on her Instagram page.

Brooklyn was previously linked to Alex Lee Aillon and singer Abi Manzon in August, following his split from YouTube singer Lexy Panterra, who he dated for two months.

US based Lexy is reported to have ended their romance, with "long distance" playing a factor. Brooklyn dated her after his long-term relationship with actress Chloe Grace Moretz ended.

'Gilmore Girls': Scott Patterson's Role as Luke Danes Helped Him Repair His Relationship With His Father

‘Grey’s Anatomy’ Spoilers: Did Owen Die in the Car Crash? A Teaser Hints Whether Kevin McKidd’s Character Is Leaving