Death in Paradise: Humphrey says his 'perfect match is 'gone'

With season 10 of Death in Paradise ending on a cliffhanger and season 11 set to begin production in the next couple of months, fans have been looking back on old episodes of the show. While watching season five, some fans spotted a subtle clue they missed upon their first viewing and it involved Humphrey.

Knowing they will have to wait a whole year for the next series of Death in Paradise, many fans have been looking back on some older episodes.

But, some viewers have spotted a big clue in season five foreshadowing the exit of DI Goodman (played by Kris Marshall).

Fans seem to think a big clue was dropped in the third episode of season five.

Viewers have shared what they spotted online, explaining the moment they think teased Humphrey’s future storyline. 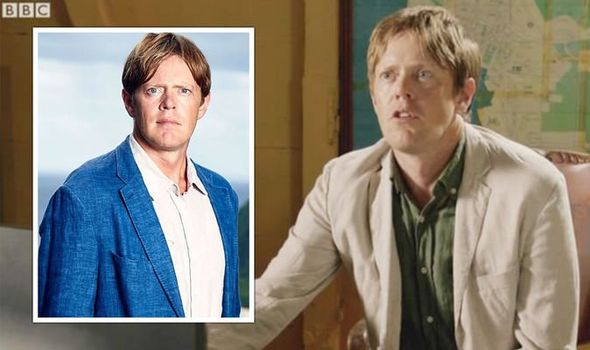 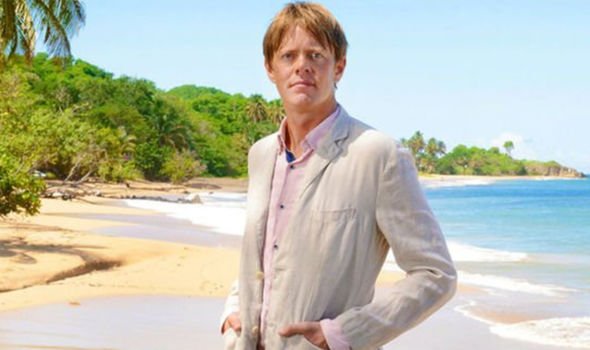 One fan wrote on moviemistakes.com: “Florence closes her notepad and puts the cap back on the pen when Dwayne had just begun telling everyone what the Gendarmerie reported about one of the suspects.

“She has no way to know by that point what Dwayne is about to disclose, and that Humphrey is about to leave with her.”

The case of a murdered fisherman eventually sent Humphrey, Florence and Dwayne to London to work with the Met in tracking down his killer.

But, little did they know Humphrey wouldn’t return back to the Caribbean after their trip to London. 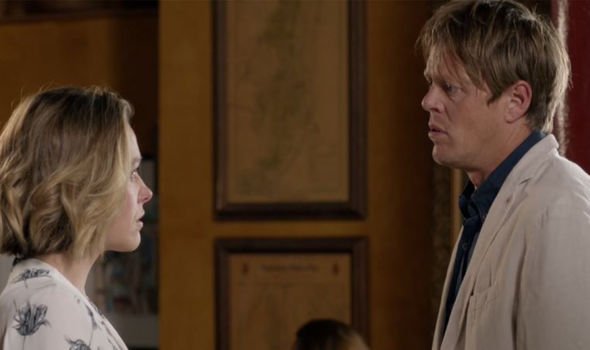 Humphrey’s eventual exit from the show was a romantic one as he got his happily ever after.

The Detective Inspector realised he was madly in love with Martha after a holiday fling in Saint Marie, but missed the chance to confess his love before she left to take a new job in London.

When Humphrey himself later left the sunny Caribbean island as part of a delegation to London to solve the case of a murdered fisherman, he took the opportunity to visit Martha.

The first time he visited her at work he blew it, as Martha pointed out the difficulties of a long-distance relationship.

However, after solving his case, Humphrey had an epiphany and visited Martha once more.

In a romantic speech, he said: “There’s no point in me being in the Caribbean if you’re going to be over here.

True love conquered all, and Saint Marie was left finding itself a new detective.

The most recent season of Death in Paradise left fans wanting more as it finished with a cliffhanger involving Neville and DS Florence Cassell (played by Joséphine Jobert).

Fans of the comedy-drama had been patiently waiting to find out if Neville would pluck up the courage and ask his colleague out on a date.

But, just when viewers thought he was about to get his happily ever after, the episode ended, meaning they would have to wait for the next season to find out what happens next.

Death in Paradise seasons one to 10 are available to watch on the BBC iPlayer now.