DI Neville Parker (played by Ralf Little) joined the Saint Marie police force during the ninth season of Death in Paradise. The detective immediately clashed with Commissioner Selwyn Patterson (Don Warrington) and the pair will continue not to see eye-to-eye in upcoming BBC episodes. However, will Selwyn make an error in judgement with a case as Neville steps into replace him?

Speaking to Express.co.uk and other press, actors Ralf and Don discussed Neville and Selwyn’s fraught relationship.

Don remarked: “I compare it to sort of a marriage really, we have good days, we have bad things.

“We can have more bad days than good. So the dynamic of our relationship keeps changing.”

“There is simmering tension,” Ralf joked. “Tim [Key, Executive Producer] mentioned that there are no sex scenes but we’ve got big plans for next season.

Read more: Death in Paradise season 10: Why has the theme tune changed? 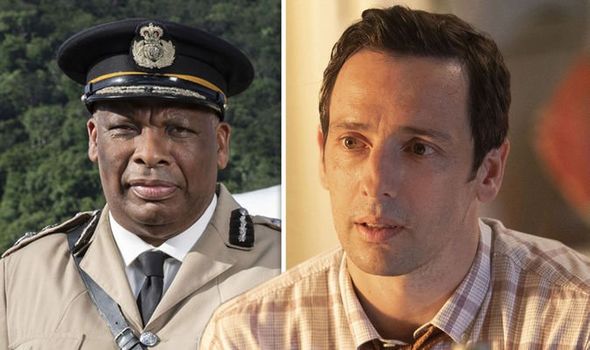 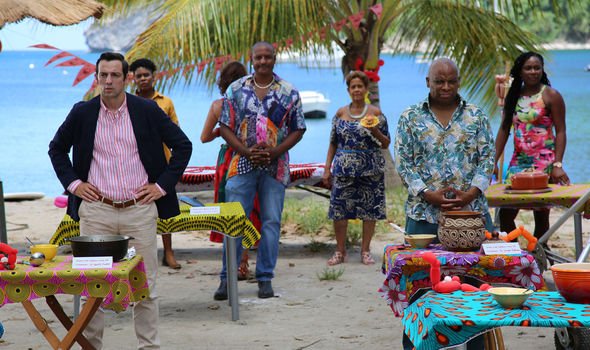 “Me and Don there’s a simmering tension there and who knows we might go in a whole different direction.”

Will Selwyn and Neville’s relationship hit a breaking point as the pair lock horns over a case?

Selwyn asked DS Florence Cassell (Joésphine Jobert) to return to the island and this could be a sign Neville’s future as a lead detective is at risk.

The Commissioner may be keeping a close eye on Neville and Florence as he decides whether the lead detective is up to the job.

However, if Selwyn makes a mistake, the tables could be turned on the Commissioner as his boss may think its time for Neville to be promoted. 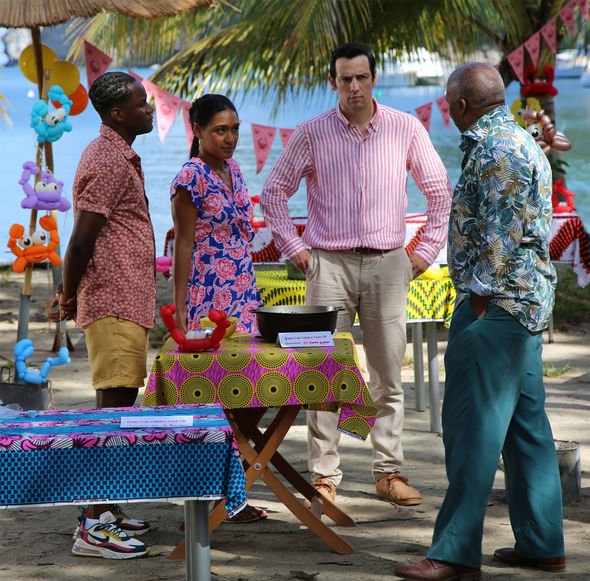 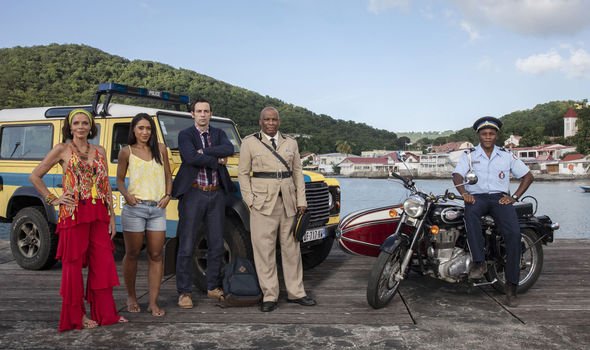 Meanwhile, Ralf opened up on the difficulties Neville faces on the island.

The actor explained: “What people want to see is people being challenged.

“And something I’ve heard Tim say a lot about one of the reasons to show success, which I’m now going to rub off and pretend it was my idea, is that one of the reasons the show works is that each of the detectives arrives, broken or incomplete in some way and the process of being on the island heals them.

“And that’s the key to it it wouldn’t be a problem if people arrived kind of fully formed and then just started walking around thinking that they own the place.”

“So, Neville arrived at the end of the last series and decided that he’s going to stay,” Ralf continued.

“And his challenges are to be more open to experiences and to engage with and be open to what living in the Caribbean means.

“He’s spent mostly by necessity because [his allergies]. He’s not a hypochondriac.

“If he has too much spice and he’s allergic to the pollen in grass or whatever it is,” Ralf detailed.

“He’s not a hypochondriac but it became just easier for him to create a protective bubble around himself.

“And that has somewhat limited his experiences and possibly growth as a man.”

Will Neville settle on the island or will he decide it’s best he returns to England?

Death in Paradise continues on BBC One on Thursday at 9pm.

MCU Fan Theory: Captain Marvel is the Next Leader of the Avengers