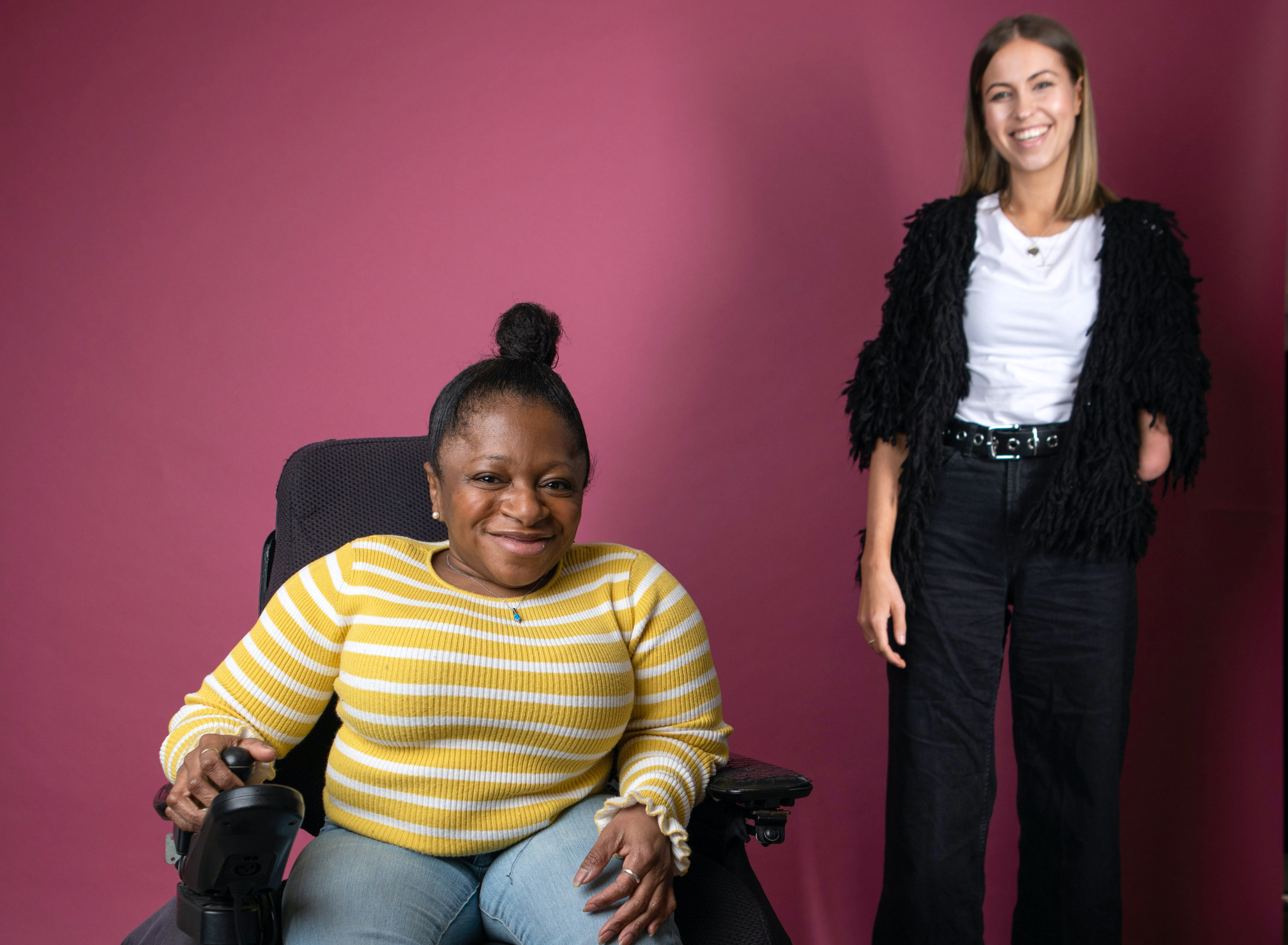 The short documentary, which is the penultimate episode of the series, sees Monique meet with with Rhiannon, who portrays Summer Ranger in the Channel 4 soap, to discuss the obstacles faced by the less-able bodied community, and how vital it is that the media creates inclusive spaces so that everyone can see their own lived experience represented on screen.

The two women reflect on the barriers they have both faced while forging careers in the arts, and discuss Hollyoaks itself, particularly in regards to the active role the show is playing in helping to shape the conversation around representation.

‘No matter how many times people told me I couldn’t do something, I just did it anyway,’ says Monique.

A leading voice in issues of disability and representation, Monique first came to the attention of Hollyoaks during a panel discussion.

Through her activism, she works to provide a platform for less able-bodied people to become involved in the arts, and continues to break down barriers. Last year, she made history by being one of five disabled personalities to appear on the cover of Grazia.

‘It’s a way of showing people that even if I have a disability or a difference, I can do that job just as well,’ said Monique, describing the importance of on-screen representation.

Rhiannon, meanwhile, joined Hollyoaks last year as scheming Summer, who has become hellbent on taking down fiancé Brody Hudson (Adam Woodward), after discovering he was instrumental in her dad Cormac’s (James Gaddas) demise.

In Hollyoaks: IRL, Rhiannon discusses lack of positive on-screen representation when she was growing up, and how this had impacted her idea of what was possible for someone like her.

Summer Ranger was written without a disability in mind, something which Rhiannon explains is crucial in showing an honest depiction of her own, and many others’, lived experience. Rather than default to the well-worn trope of a less able-bodied person being at a disadvantage, Hollyoaks have strived to redress the balance by allowing the character’s strength, independence and vengefulness take centre stage, and not her disability.

This is the third instalment in the new Hollyoaks spin-off series, that explores the real-life stories that inspired the serial drama’s biggest issues.

Hollyoaks: IRL features viewers of the Channel 4 soap whose lives have been forever changed by watching the popular serial, as well as individuals whose lived experiences helped shape some of the show’s most important and talked about storylines.

Hollyoaks: IRL premieres on Snapchat Discover with a sneak peek each and every on Tuesday, with full episodes being made available across Channel 4 socials each Wednesday.

Johnny Depp OUT of Fantastic Beasts: Warner Bros ‘asked him to resign’ but fans hit back