This year has marked a tipping point for home entertainment in Australia, the first in which we bought more film and TV content in digital formats than physical.

"Whilst Australians are still buying over half a billion dollars in DVDs, in 2018 we now consume more film and TV content digitally," says Simon Bush, chief executive of the Australian Home Entertainment Distributors Association. 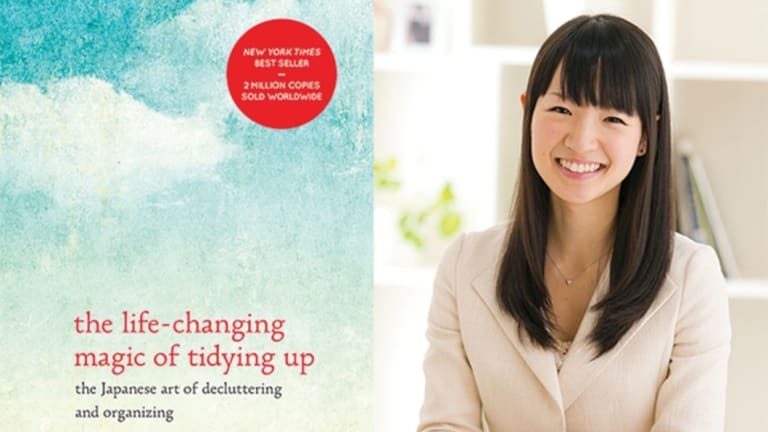 Big Brother is watching what you read

Alarm bells were sounded on this front as early as 2009, when Amazon deleted George Orwell’s 1984 from some of its customers' Kindle reading devices. The reason was simple and defensible – the publisher of that edition did not hold copyright, and so was not legally entitled to publish it in electronic or any other form. Still, the optics were terrible. It was as if Orwell's vision of a dystopian future of thought control were coming true, only with Big (Jeff) Bezos in place of Big Brother.

Nor was this just a teething error in the early days of e-books. Even today, the content you have purchased for your Kindle, Amazon’s terms of use state, "is licensed, not sold, to you by the content provider". Amazon can add or remove content "at any time without notice".

In other words, you don't actually own the e-books you have paid for – you just have them on loan. Oh, and you can't pass them on to friends or family the way you can with a physical book either – at least not unless you want to pass around your device as well. Some library that is.

It's not just books that Amazon polices in this way. In 2016, the website Consumerist reported on the case of a Dr Seuss double-movie package comprising the animated short films How the Grinch Stole Christmas and Horton Hears a Who, which suddenly became a single-movie package. Whether it was a licensing issue or a technical one, it was fixed within a few days. However, as Consumerist noted, the company's advice that "once a video is purchased, it will remain forever in that user's digital library" is not, in fact, true. For a whole host of reasons it can simply disappear. 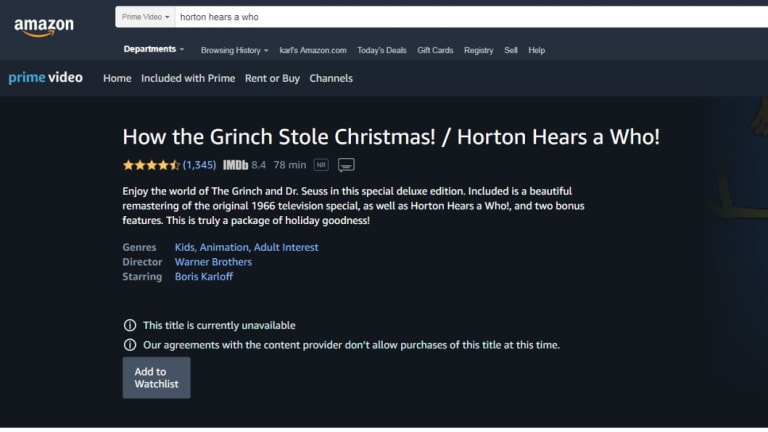 Hear today, gone tomorrow: The double package of Dr Seuss’s The Grinch Who Stole Christmas and Horton Hears a Who is no longer available to stream from Amazon Prime Video.Credit:Amazon Prime Video

It's not only Amazon, though. The world of digital content distribution is littered with such lopsided terms of service.

You don't really think it's your music, do you?

With the streamers such as Spotify, for instance, you can download music to your device for offline listening, but it's not really yours, and some or all of it can disappear at any moment. "Your access to the content does not give you any ownership rights to the content," the company’s terms of use state, rather bluntly.

Perhaps that's not such a surprise, though. Like Netflix and Stan, Spotify is giving customers access to a massive library of content for a single monthly fee; stop paying that fee and your access disappears. 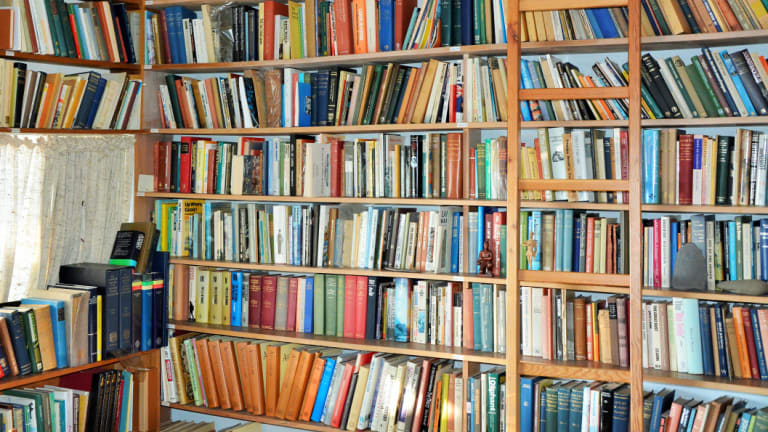 A dream to some, a nightmare to others, physical libraries like this one are becoming far less common.

I know I left that movie around here somewhere…

But what of those movies you've actually purchased on Apple's iTunes – surely they are yours? Well, no.

Last year, customers in an Apple support forum began sharing furious stories of content they had purchased disappearing from the cloud. The root cause, it seems, was that the rights holders had deleted the original titles and reissued them – in exactly the same form, but with new catalogue numbers – thus rendering the old items redundant. The only solution was to purchase them again.

Apple’s view on this is that "it is your responsibility not to lose, destroy, or damage content once downloaded. We encourage you to back up your content regularly". In fact, customers have just 30 days from purchase to download a movie or TV show, then it disappears from their iTunes library. But unless you download it to an external storage device (rather than the cloud, where such content increasingly lives), there's no guarantee it won't disappear anyway if the rights change. For people with hundreds of titles, that is a time-consuming and expensive option.

In January, the forum lit up again with angry customers who found even downloading to an external device wasn’t enough if the item in question was in 4K, the ultra-high resolution format for which Apple charges a premium. The problem is that these titles convert upon download to the inferior HD format. 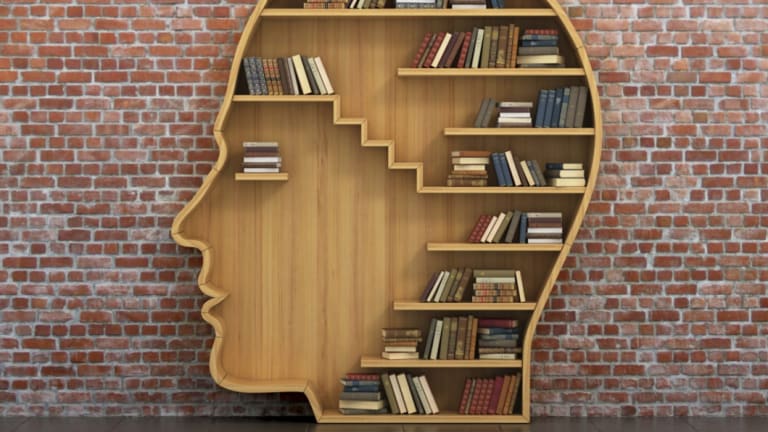 Is digital or physical format better and safer for preserving our media, and our memories?

"Buying 4K movies on iTunes is a bait-and-switch scam," wrote one furious customer. "At best it's a long-term rental."

"Now I find out I can't backup my 4K HDR movies? What's the point of 'ownership'," wrote another. "I thought Apple wanted to kill off the physical media market but short-sighted policies like this are just breathing life into it."

Game for anything … or nothing

In June, a Playstation forum lit up with chat on the matter of disappearing games. "Yesterday I turned my PS4 on as I do regularly … and noticed my purchased items went from 497 to 39. I restored the licences and had 40 … now I have one item under purchased and the console will not download anything from the store … I'm trying to keep a cool head but I have had my account since '07 and have over 1000 games across the formats and I wondered if anyone had a solution?"

What this all points to is the fact that digital storage is inherently unstable, in the sense that licensing agreements, geographical location, technical glitches and system updates can all get between an "owner" and the content they have purchased.

Storing it offline is a good idea, but it isn't failsafe either, because system upgrades can mean that a format that seems gilt-edged now might become unplayable a decade or so down the line.

Memories are made of this – until they're not

Take the example of the Guggenheim Museum, which in 1996 produced the catalogue for an exhibition of Robert Mapplethorpe's photographs in the cutting-edge format of CD-ROM. In 2015, the museum noted in a blog post that "the Windows operating system distributed and sold today can no longer read the disk".

Jan Muller, chief executive of the National Film and Sound Archive in Canberra, knows all about this issue. 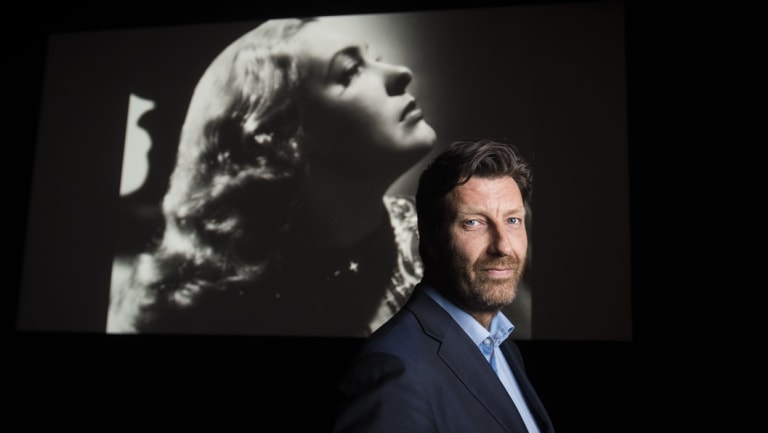 "As a colleague of mine once said, 'digital lasts forever – or five years, whichever comes first'. If you put digital archives in your storage system it is stable, but we tend to migrate every two or three years to another system, and then it becomes unplayable. So it never becomes truly sustainable."

And therein lies the rub. Physical formats will remain viable so long as we retain the technology (such as it is) to play them, as anyone still spinning bakelite '78s on a wind-up gramophone will attest. Digital formats – while ostensibly far less degradable in terms of data retention (you don't get much dust hiss on an MP4 file) – are at the mercy of a whole range of factors beyond the control of the average punter.

So neat freaks, by all means get rid of your books and albums and DVDs. Digitise away if you must. But remember this – you might want to enjoy it while you can.

Movies and TV shows
Worth $947 million in 2017, excluding piracy and SVOD services (such as Stan and Netflix). Physical sales continue to decline, and this year are expected to be around $555 million. Digital sales and rentals are predicted to grow, to $313 million; by volume, digital will account for more than half for the first time.

Music
Worth $391 million in Australia in 2017, of which $213 million was from streaming (Spotify, Apple Music etc) and video (YouTube, Vevo) licenses. Vinyl enjoyed its seventh consecutive year of growth.

Games
Worth more than $3.2 billion a year in Australia, including consoles and accessories. Software accounts for more than $2.5 billion of that – and digital sales ($2.05 billion) eclipsed physical ($521.6 million) in 2017.

Books
The only area where the physical realm is holding its own – or more than. The e-book sector isn't officially audited but it is estimated to account for about 18 per cent of all book sales in Australia, down from a peak of 23 per cent in 2013. Physical book sales were worth $1.07 billion in 2017.

Who is JoJo's fiance Dexter Darden?