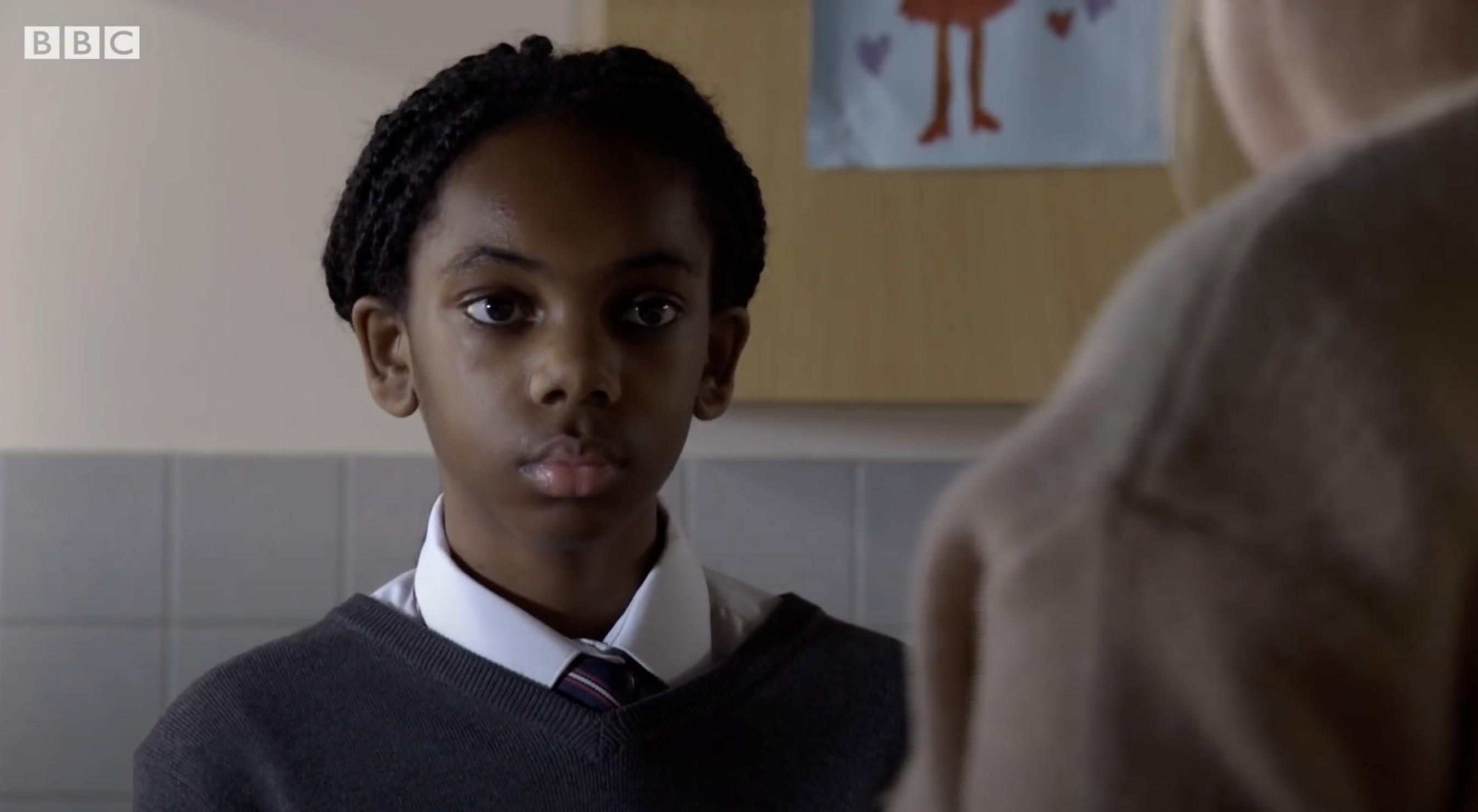 EastEnders’ Bailey Baker (Kara-Leah Fernandes) made a huge choice, as she left home with all her belongings in tow – believing the Taylor clan to be better off without her.

Bailey had been excited about the upcoming awards ceremony, but after overhearing Karen (Lorraine Stanley) and Mitch (Roger Griffiths) arguing over their money troubles, her joy turned to sadness.

The little girl started to believe that she was something of a burden on the family, who are struggling to make ends meet after Karen lost her job in the launderette.

With tensions mounting, Bailey lied and told her nearest and dearest that the space camp will pay for the winner’s expenses – something which left Mitch and Karen overwhelmed with relief.

Bernie (Clair Norris), meanwhile, had arranged for Banjo to spend the day with Bailey ahead of the awards ceremony.

Bailey was delighted, but once she heard Mitch telling Karen that he can’t afford the train fare, she felt as if she had little choice but to ease his worries, as she told him that she didn’t want him to go to the awards.

What’s more, she informed him that Isaac Baptiste (Stevie Basula) will take her to the ceremony, and she’ll spend the night ay Amy Mitchell’s.

Mitch ultimately agreed to let her stay at Amy’s, but little did he know that Bailey was packing a bag to leave home, as she believes her family are better off without her.

And with that, she left her dad a note, and headed off down Bridge Street with Banjo by her side.

Next week, the Taylors will do a TV appeal in the hopes of bringing missing Bailey home.

EastEnders continues Friday April 30 at 8:35pm on BBC One.