EastEnders appears to be lining up a major new storyline for Phil Mitchell (played by Steve McFadden) on the BBC soap, and fans are worried there is an exit ahead.

But now viewers are accusing the soap’s producers of “recycling” storylines after Phil is violently attacked in Albert Square.

The long-running character will be left for dead in Walford and it remains to be seen whether anyone finds Phil in time.

But long-time viewers will remember that in 2001, Phil was at the heart of a major storyline which saw a number of suspicious characters in the firing line after he was shot.

The character was wounded and fell to the ground outside his house in the square right in the middle of Mel Owen (Tamzin Outhwaite) and Steve Owen’s (Martin Kemp) wedding.

Phil survived his ordeal, but weeks and months went by where viewers still weren’t sure who had actually done the deed.

It was eventually revealed Phil’s ex Lisa (Lucy Benjamin) was the culprit, and she eventually took the blame in the soap, before eventually being written out of the drama.

Phil is predicted to die after a whopping 20 years on the soap, and it could involve his son Ben Mitchell (Max Bowden).

Viewers saw this week Phil is so frustrated with his son he wrote him out of his will and replaced him with Keanu Taylor (Danny Walters) instead. 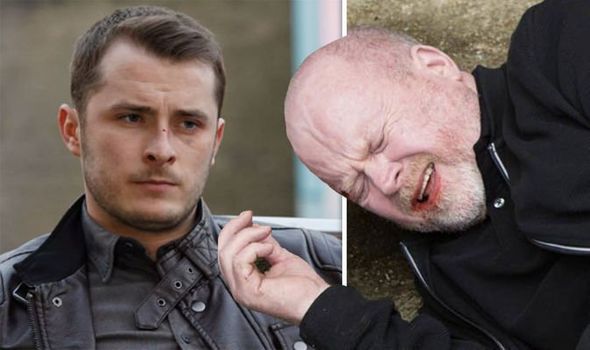 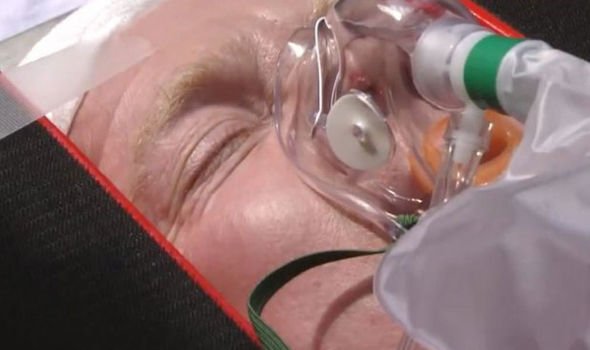 If Phil dies you may as well cancel the show

Keanu is the father of Louise Mitchell’s (Tilly Keeper) unborn baby, but Phil would undoubtedly revise his decision if he knew Keanu has been having an affair with his wife Sharon Mitchell (Letitia Dean).

Phil will be “fighting for his life” after an altercation with a local resident erupts in the Square.

Taking to Twitter, fans shared their thoughts on the plot, and some were not happy given Phil was nearly killed off in the shooting plot.

Another complained: “Anyone else bored with recycling of storylines on Emmerdale, Eastenders and Corrie? It’s like WWE but with less Roman Reigns!” 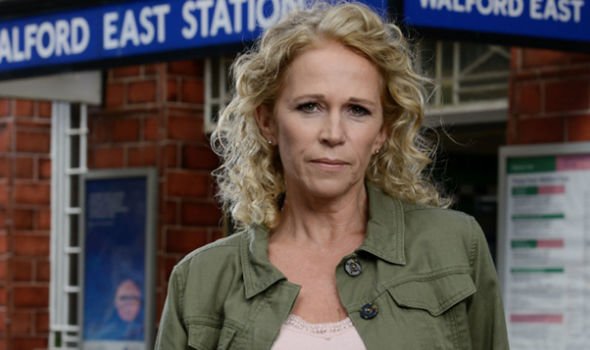 “Don’t even watch @bbceastenders anymore but just seen a trailer and seriously if Phil dies you may as well cancel the show,” a third raged.

The latest storylines comes after the soap experienced its lowest ratings ever in June with just 2.4 million viewers during the middle of the Women’s World Cup.

Bosses claimed it was down to the conflict of schedules and the warm weather, and insisted iPlayer figures would bring the ratings back up to normal.

EastEnders continues Thursday at 7.30pm on BBC One.