Last year, the blonde bombshell went to extreme lengths to keep her affair secret and stop Phil finding out she wasn’t carrying his baby.

After the death of her own son, Mel Owen (Tamzin Outhwaite) became fixated with bringing down the Mitchells when they refused to help her with funeral costs.

Mel quickly discovered Keanu was the father of Sharon’s baby and blackmailed her into buying her a villa in Portugal. 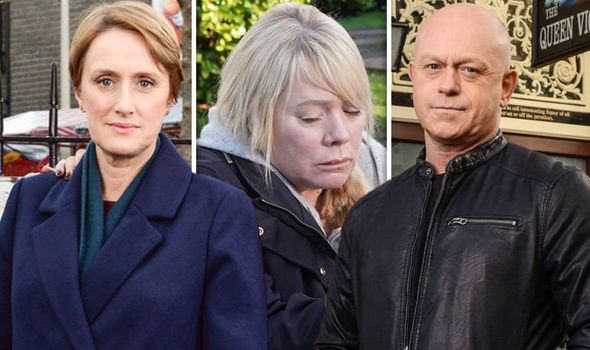 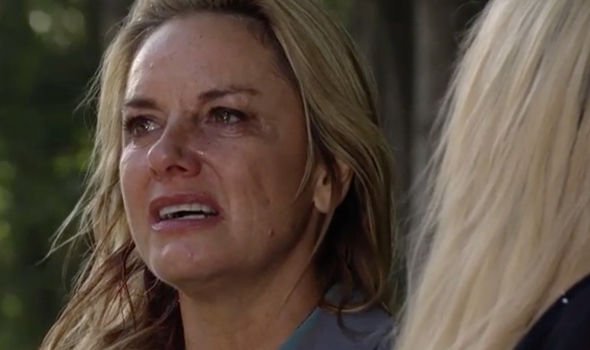 Despite initially agreeing to flee the country together, Mel’s best friend Lisa Fowler (Lucy Benjamin) decided she had to put her daughter first.

Mel planned to expose Sharon in similar circumstances to her affair with Phil when she was married to Grant Mitchell (Ross Kemp).

But, as Sharon raced to the airport to find Phil before Mel could, the club owner was tragically injured in a car accident.

The heavily pregnant matriarch rescued Mel from her car wreck but the grieving mother walked into oncoming traffic as she believed she could hear her son’s voice. 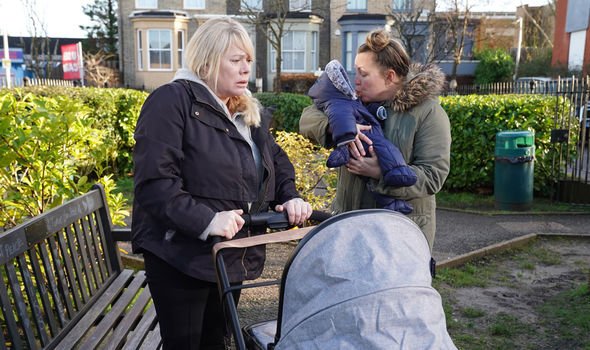 However, while Sharon struggles to come to terms with her son’s death, could Mel’s presence return to the Square?

During an appearance on ITV’s Lorraine, EastEnders star Tamzin has teased a potential return to the soap.

“Yes,” Tamzin said. “No one can ever ask me will you ever go back.”

The ITV host then suggested an unusual way for Mel to make a return of sorts to Walford while Sharon grieves for her son.

“Unless you play her evil twin, there’s always that,” Lorraine added to which Tamzin joked: “She does have a sister…”

Could Mel’s sister arrive on the Square and confront Sharon about the role she played in Mel’s death?

Meanwhile, Tamzin revealed what it was like to leave the soap after so many years.

“Was there a little bit of ‘will I ever work again?’ I know what actors are like,” Lorraine asked.

“Of course,” Mel responded. “I’m normally quite good at being out of work but saying goodbye to a character like that…

“I had a bit of a grieving process, it was 1998 that I started so I was like ‘now what do I do?’ it felt like I was saying goodbye to something much bigger.”

EastEnders continues tonight on BBC One at 7.30pm.

'Grey's Anatomy': These Are Amelia and Link's Sweetest Moments (So Far)

'Bachelor' Season 23, Week 4 Recap: Caelynn Goes on an Emotional Date with Colton—and Has a Talk with Hannah

Oscars in Memoriam: Luke Perry and Cameron Boyce Were Left Out of the Tribute