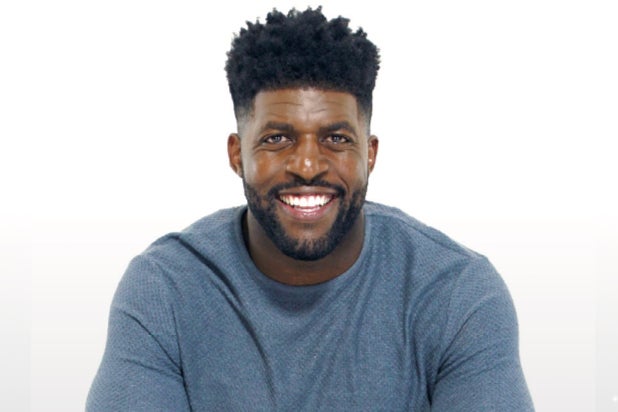 ABC on Saturday announced media personality and former NFL player Emmanuel Acho will host “The Bachelor: After the Final Rose” on Monday, taking the place of longtime “Bachelor” host Chris Harrison, who recently took a leave of absence.

Harrison stepped away earlier this month after defending current contestant Rachael Kirkconnell for a resurfaced photo in which she appears to be attending a plantation-themed fraternity formal in 2018, and previously “liking” Confederate flag-related TikToks; Harrison later said his comments in defense of Kirkconnell were made “in a manner that perpetuates racism.”

Acho is set to interview current “Bachelor” star Matt James, as well as the three women who made it to the final episode, on Monday.

“It’s both an honor and privilege to be hosting ‘After the Final Rose,’” Acho said. “This is an incredibly pivotal episode on one of the most storied shows in television history.”

The show will air Monday at 10:00 p.m., immediately following the season finale of “The Bachelor.”

Acho, host of the popular video series “Uncomfortable Conversations With a Black Man,” joined “TheWrap-Up” podcast on Thursday to discuss a number of topics, including his take on cancel culture, the diversity (or lack thereof) at the Golden Globes and how he wants to use his new-found platform. You can check out the full conversation by clicking here.

The Chase history made as all 4 players opt for low offer ‘First time in the world!’