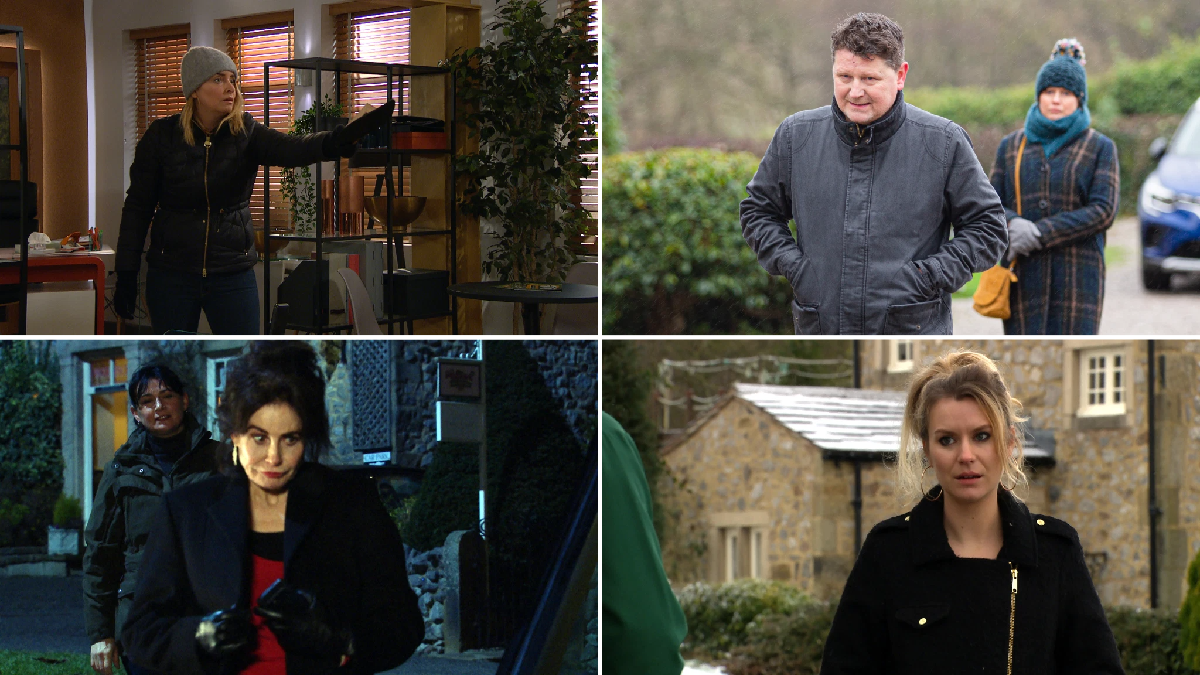 Charity Dingle’s (Emma Atkins) latest crime in Emmerdale is about to go awry when a bad accident leaves Al Chapman (Michael Wildman) fighting for his life.

Meanwhile, Faith Dingle (Sally Dexter) has a decision to make as she gives up on ever being wanted in the fold by Cain (Jeff Hordley).

Moira catches Faith leaving the village, incredulous that she was going to sneak away without saying goodbye.

Will tells Dawn about Gabby. Arriving at the vets, Dawn confronts Jamie over Gabby’s pregnancy and is devastated. Despite his protestations of love, Dawn tells Jamie it’s over between them.

Mandy speculates to Vinny that perhaps Paul has PTSD after the kidnapping. Paul is quick to jump on this excuse as a lifeline.

Gabby is angry at Nicola for telling Bernice about her pregnancy. She’s scathing about her mum, and Nicola and Diane are surprised when Laurel doesn’t defend her.

Knowing that she needs to keep Gabby on side, Laurel explains that she’ll have to start treating her with kid gloves, rather than risk driving her further into Kim’s clutches.

Mandy is emotional when Paul organises a family cycling trip at HOP. Al is left furious after an incident

Mandy asks Lydia to be her bridesmaid. Lydia is uneasy, as she admits her worry that none of the problems Mandy had with Paul previously have gone away.

Elsewhere, Al is smug and Gabby feels the effects of recent revelations.

Al fires Priya, wrongly assuming that she’s the one who dished the dirt on him to a client.

Later, Charity breaks into the HOP office in an attempt to steal a client’s contact to get back into Chas’s good books. Al catches Charity red-handed.

Attempting to distract him, Charity throws the trophy from his business award in the air and runs for it.

Al falls, banging his head, and drops to the floor. Charity stares at him, unsure what to do.

Meanwhile, Lydia tries to bury her concerns about Mandy.

Charity is in trouble as Ali is out cold but will she call for help – and will she be jailed for her crime?

Cain gets emotional and things get steamy with Ellis and Priya.

Priya battles her conflicting emotions over her growing feelings for Ellis – what will she decide?

Gabby is dejected and Chas is unimpressed.