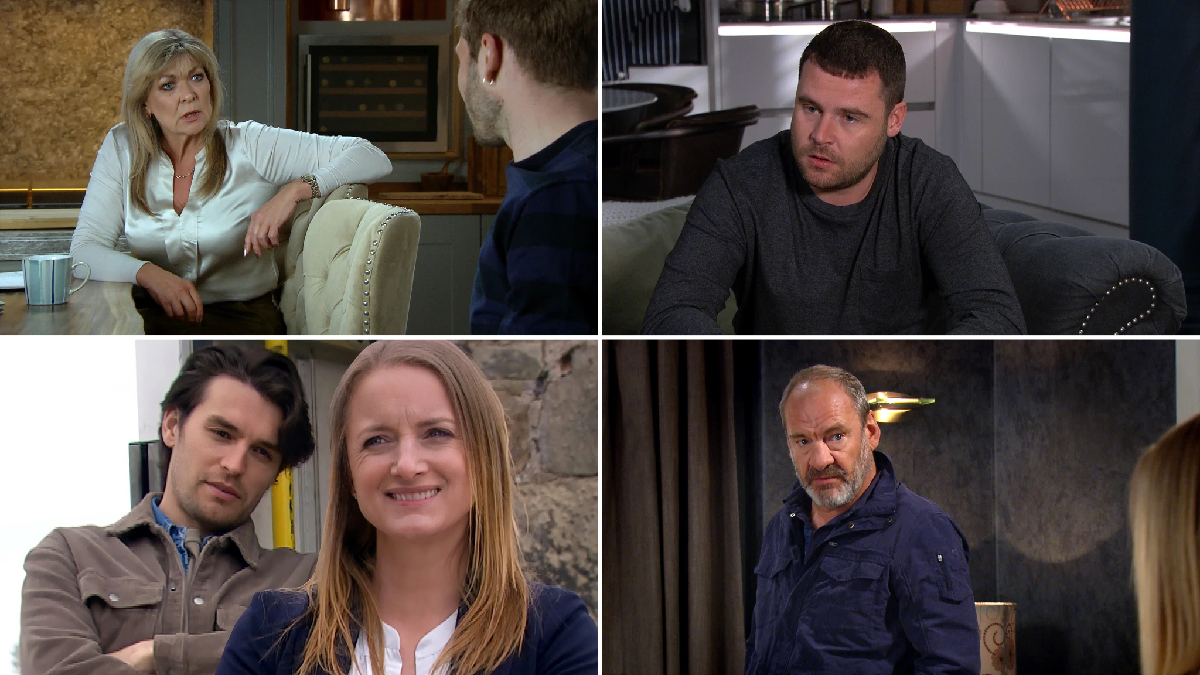 Passions are flaring across Emmerdale as both Nicola and Jimmy King (Nicola Wheeler and Nick Miles) contemplate cheating on one another – but will either or both go through with it?

Elsewhere, as Aaron Dingle’s (Danny Miller) fears for the fate of Liv Flaherty (Isobel Steele), Kim Tate (Claire King) continues to fear who is trying to kill her.

Nicola didn’t know it was Jimmy’s plea hearing today and isn’t able to attend, leaving them further apart than ever.

A scared Kim confides to Jamie the reason for her surveillance is someone has been drugging her. Jamie is hurt that Kim suspected him.

Nicola is glammed up as she appears to make a move on Mack at the scrapyard. Mack thinks his dreams are coming true, but are they?

When Jimmy gets home, it’s clear that he and Nicola are further estranged than ever. Jimmy sees a supportive Mandy and tells her that his feelings run deeper than friendship. Mandy’s gobsmacked reaction leaves him immediately regretful.

Jamie tries to convince Kim to have a break while Andrea invites Charles away with her and Millie.

Mandy urges Jimmy to fight for his marriage.

Meena intercepts Charles outside the church, after lying in wait for him, to sow doubt in his mind about being with Andrea.

Gabby is annoyed with a new development.

Andrea leaves Princess securely tied up in the shade as she heads in to reason with Millie.

While Andrea is distracted, we see someone luring the dog with its favourite toy into the parked car and slamming it shut.

Juliette has a proposal for Jimmy and Ben worries that Aaron’s constant concern for Liv is taking its toll on him.

Also, Tracy is struggling with Frankie’s feeding demands and Nate does his best to be supportive.

The camping trip is called off after the dog drama – but who is responsible for the cruel act?

Meanwhile, with Jimmy negotiating privately with Juliette regarding custody, can Nicola fight for her marriage and Liam urges Tracy to look after herself.

Meena opens up to Diane about her past but how honest is she being? Elsewhere, Gabby and Andrea reel.

Vinny gets the call he was waiting for.