Ethan Anderson (played by Emile John) has recently registered interesting in finding his mother who left him and his father Charles Anderson (Kevin Mathurin) many years ago. The village newcomer spoke to his former step-mother Manpreet Sharma (Rebecca Parker) and Meena Jutla (Paige Sandhu) about his ambitions and the latter got involved, posing as Ethan’s mother. Emmerdale viewers witnessed the scheming nurse communicate with the solicitor and get his hopes up by arranging a time and place for them to meet, only for Ethan’s mother to never show up. Secrets don’t stay secret in soaps for very long, so it will be a case of when Meena’s evil actions are exposed, but perhaps this won’t stop Ethan from wanting to find where his real mother is. This has led fans to speculate a similar storyline will occur to that of Finn Barton (Joe Gill).

For those who have watched Emmerdale for the last 10 years, they will remember the arrival of the Barton’s.

Finn came to the village with father James (Bill Ward) and brother Pete (Anthony Quinlan) back in 2013 after they lost their family farm.

They stayed with Moria Barton (Natalie J. Robb) before moving into Dale View.

A couple of years after there arrival, Finn, who had no memory of his mother after she left him when he was a baby admitted to his friend, Victoria Sugden (Isabel Hodgins) that he had unanswered questions.

The pair went onto find videos of him and his brothers as children and this then led him to look at a missing person’s website for news about his mother’s whereabouts. 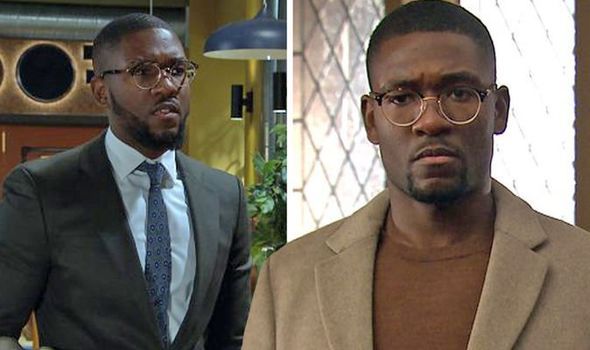 And it wasn’t long before he had correspondence off a woman named Emma Barton (Gillian Kearney).

Fast forward a few months and with the help of Harriet Finch (Katherine Dow Blyton), Finn tracked down Emma and they eventually bonded as mother and son would.

Emma moved to the Dales and brought a whole lot of drama to the Barton family which Finn blamed himself for.

Emmerdale fans will remember how Emma caused her ex-partner’s and Finn’s father’s death – James when she pushed him off a bridge.

She kept her murderous actions a secret for many months and when she finally told Finn the truth, he threatened to tell his brothers, only for Emma to lock him in the church cupboard.

He was eventually released and when Finn tried to go looking for his mother, she ended up shooting him and Finn suffered a cardiac arrest which led to his death.

Those watching Ethan’s current storyline think a similar thing could happen to him as with Finn. 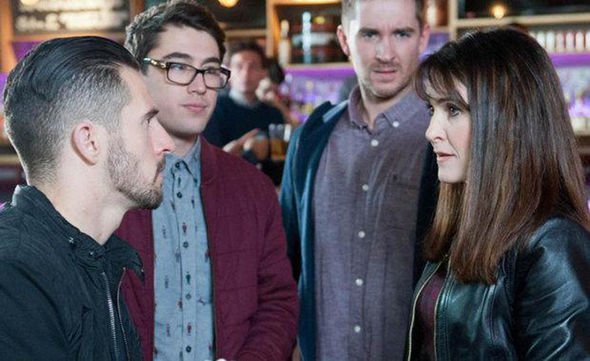 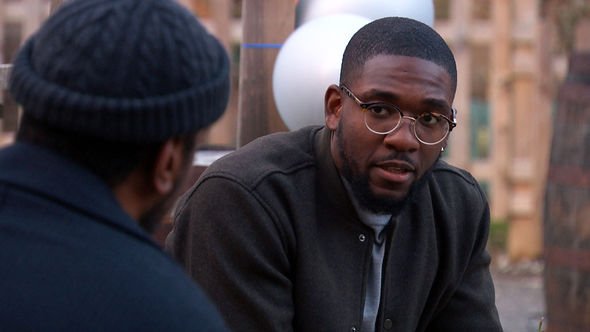 “I’m fairly behind (a common problem for me this past year) but up to Wed 14th April where they’re talking about helping Ethan find his mum.

“Can’t help but think that Vic’s forgotten about the last time a friend of hers found his mother that left him,” the user suggested.

Someone replied: “Finn Barton, Ross and Pete’s brother. His mum Emma left when they were kids, and Finn eventually tracked her down again.

“Turned out she was kinda crazy and she ended up killing Finn’s Dad James and then later accidentally killing Finn.”

And another Emmerdale fan added: “Oh yeah I had completely forgotten about that .. it was such a great storyline too!”

Will Victoria help Ethan find his real mother and tragedy struck for the solicitor?

It comes after the actor who plays Ethan has spoken out about his storyline and character’s quest to find his mother.

Emile told Express.co.uk and other press: “He feels extremely hurt and rejected. Two mothers have left him in his life already.

“He probably already has a feeling that he isn’t deserving of a mother’s love.

“So when he goes to that pub and she hasn’t turned up, there’s excruciating pain. He’ll have to navigate through that.”

Looking at the possibility of Ethan’s mother arriving in the village, the actor added: “Manpreet has brought out new parts to Ethan and I think his biological mum can bring out new parts as well.

“I think it would be wonderful to play on the fact that Ethan’s mum has returned to his life, because it’s been something he has struggled with growing up – the absence of his mum.

“There are so many opportunities and possibilities. There are great things that could happen with the return of his mum and I think it’d be a really good thing.”

Tiger King: Everything you need to know about the new Netflix true-crime series that people are loving