Emmerdale viewers were first introduced to Luke Posner (played by Max Parker) when Victoria Sugden (Isabel Hodgins) visited hospital for her routine pregnancy check-ups. Working in the hospital cafe, the pair bumped into one another regularly and shared a cheeky flirt, but it wasn’t long before his true identity was revealed; Lee Posner’s – (Kris Mochrie), the man who raped Victoria – brother. But how long is Luke sticking around for? It seems the actor who plays the newcomer might have teased a possible exit.

After Victoria found out who Luke was, she decided to cut all contact with him, but that didn’t stop his overbearing mother, Wendy Posner (Susan Cookson) from chasing the Woolpack chef.

At first, Wendy was adamant Victoria was lying about the horrific sexual assault she endured at the hands of her son, but overtime she came to realise what a monster Lee was.

Wendy then accepted a job in the local doctor’s office and moved into a cottage round the corner from Victoria, with Luke following suit, and the pari of them ran into Victoria on a regular basis.

Over time, Victoria and Luke realised they were more than just friends and embarked on a romance, but it hasn’t been easy for the pair as Victoria tries to navigate her way around dealing with the life-changing ordeal Lee put her through. 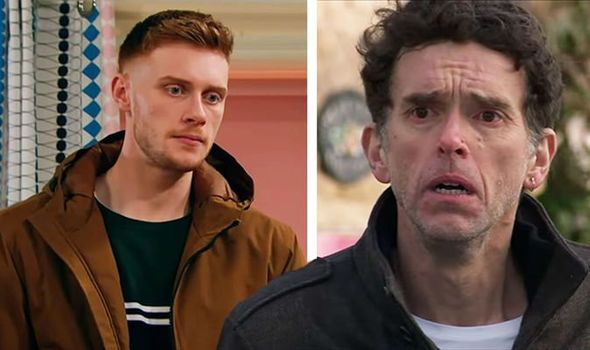 During the final few months of her pregnancy, Victoria went on maternity leave and coincidentally, Luke was looking for a job closer to home, therefore Chas Dingle (Lucy Pargeter) offered him a temporary role in the Woolpack kitchen.

But with Marlon now free and slowly on the mend, he is set to return to cooking for the village punters, so what does this mean for Luke?

During a conversation with express.co.uk and other press, the actor who plays Luke said: “I’ve grown to be quite a fantastic chef, but Marlon’s  back and I think until he’s up to full health will still see Luke in some lovely chequered pants for a little bit.” 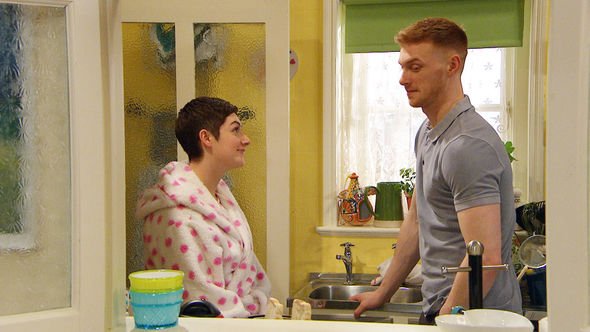 Does this mean Luke could find himself looking for a new job, which could force him to leave the village for a while?

This wouldn’t be a bad thing considering his current relationship status.

In recent scenes, Victoria and Luke took their relationship to the next level, but Victoria had regrets about doing so.

She aired her concerns and feelings with Luke, while he understood, he was clearly hurt. 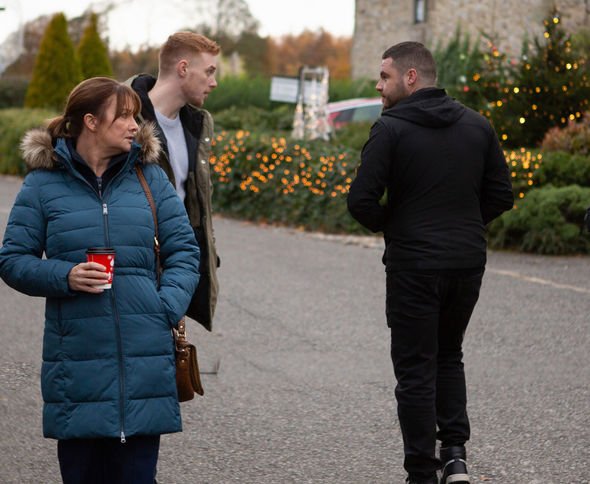 And ever since then, it has been incredibly awkward between the two of them.

But, following fans suggesting Luke turn his attention to someone else in the village, could a new romance be on the horizon for him?

Express.co.uk asked Max whether or not he could see his character getting involved with Aaron Dingle (Danny Miller)?

“I think the the idea is fun,” Max said. “But I think what the fans want to see is very, very different.

“And I’ve seen a lot of things online where people say no, people say oh my god, yes.

“I just think at the minute, Luke’s, only got eyes for Victoria, people are always going to speculate about whether they actually like each other and stuff,” he added.

“I don’t think you’ve seen all sides of Luke just yet.”

Gino D’Acampo leaves ITV viewers confused with Phillip Schofield joke: ‘Is he there?’

‘Them That Follow’ Review: An Almighty Cast Raises Up a Tale of Faith Gone Dangerously Wrong