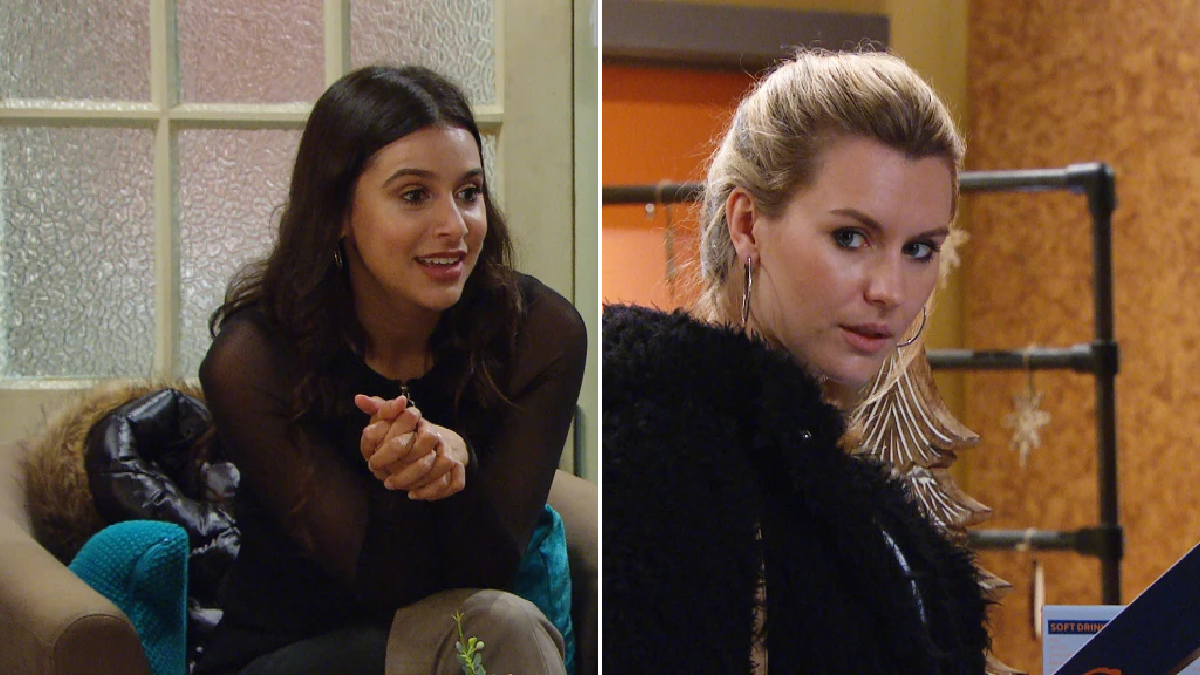 Meena Jutla (Paige Sandhu) is one sick individual. Okay, this isn’t news for Emmerdale fans but just when you thought she couldn’t shock you anymore, her next outrageous actions make us spit our Ovaltine out.

It’s bad enough taking pleasure in killing innocent people in gruesome ways, treating it as some kind of thrilling sport.

But tonight, Meena also got a bit of a buzz from hearing someone describe Ben Tucker’s dead body, oblivious of the pain it caused Dawn Taylor (Olivia Bromley) who discovered him and Billy Fletcher (Jay Kontzle) who was his friend.

Ben had found evidence that Meena tried to kill Victoria and after a showdown, Meena clubbed him to death with a canoe paddle.

As she previously told Andrea Tate, another of her victims, it’s the killing blow that gives her the most enjoyment.

But it seems that hearing someone else describe the corpse she left is up there with her joys too.

Earlier in the episode, Meena casually told Billy that Ben’s death wasn’t his fault and offered sex as a means to take his mind off the man she secretly killed in cold blood.

Later, conniving Meena told Dawn that she had to open up about finding Ben’s body – and confided in her that she found a friend’s body who had taken her own life. And it helped her recovery from the alleged trauma.

Of course, it was Meena who killed Nadine but details, details.

Meena asked Dawn to fully describe what she saw and sipped her wine hungrily, her eyes boring into Dawn as she tearfully tried to describe the horrific and bloody sight.

Billy cut across when Dawn said she had seen a body before, referring to Malone but Meena pounced on this, knowing there was a secret to be told.