Emmerdale fans have taken many of the villagers into their hearts, but Malone’s (played by Mark Womack) dark deeds have made him one of the most hated characters in the history of the ITV soap. In the coming weeks, it seems his feud with Will Taylor (Dean Andrews) and affair with vicar Harriet Finch (Katherine Dow Blyton) will reach boiling point. However, with so many strands to this ongoing storyline, will an innocent bystander find themselves the unlucky victim of a heinous murder plot?

Speaking to Express.co.uk and other press in light of the weeknight serial drama winning the Soap and Continuing Drama category at the Virgin Media BAFTA Television Awards 2020, boss Jane Hudson teased what’s to come for fans.

The showrunner said: “There’s been lots of people trying to guess who’s going to die. Is it Malone? Is it Will? Is it Harriet?

“It’s very, very soon,” she concluded, but just who could the mysterious villager be who gets killed off?

The one person who wasn’t mentioned and who is part of the storyline is Dawn Taylor (Olivia Bromley), so could she be incorporated into Malone’s killer plans? 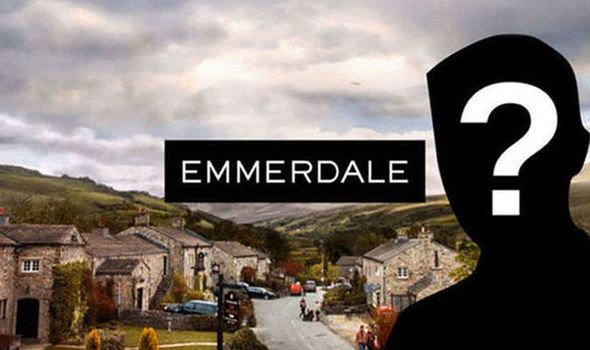 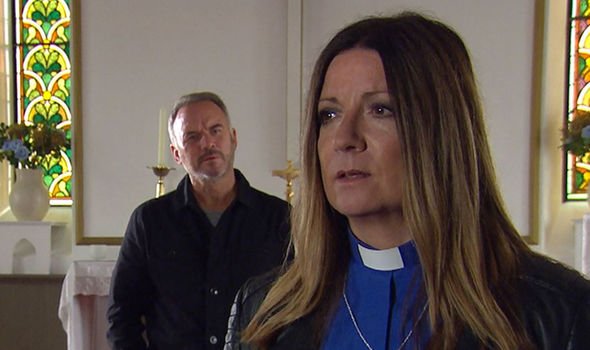 Having had a history of substance abuse and difficulties caring for her son Lucas Taylor (Dexter Ansell), the mother-of-one is finally getting her life back on track.

Upcoming scenes will see her become closer with boyfriend Billy Fletcher (Jay Kontzle) as they start to think about their future together.

The pair contemplate getting their own place, which would mean they’re out from under Will and Harriet’s feet.

It seems the former drug addict is finally turning over a new leaf as the loved up couple seem stronger than ever. 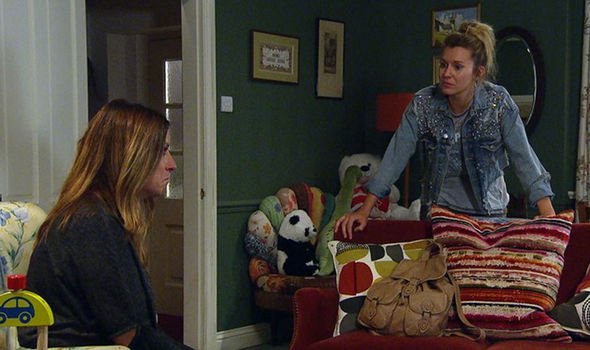 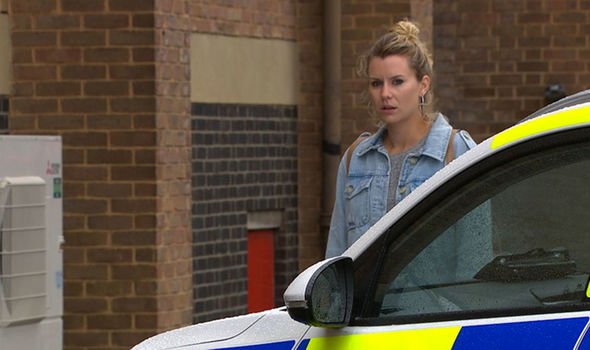 Nobody has quite guessed it correctly

However, her world comes crashing down around her when she discovers the vicar and woman she sees as a mother figure has been cheating on her father.

Not only has Harriet been having an affair, but Dawn also puts two and two together and realises Malone is the one the woman of the church has been sleeping with.

The mother-of-one tears into Will’s fiancée for betraying the family and ruining her moment of bliss with Billy.

Seeking revenge of the man who has turned her life upside down, the former drug addict heads to the police station with enough information to take the corrupt detective down.

With the mother-of-one hellbent on getting Malone out of her family’s life, it will only be a matter of time before he discovers what she’s been up to.

Tracing the report back to Dawn, the villainous character could come up with a plan to make sure she learns he is not one to be messed with.

As her life was just getting back on track, is this the opportune moment for everything to be cruelly taken away from her?

How will Harriet react if she discovers the man she has been having an affair with is capable of murder?

Viewers will have to wait and see which of the foursome will lose their life, but boss Jane went on to praise her team’s efforts for returning to work in light of the coronavirus pandemic.

The showrunner said: “The soaps were the first ones to get back to shooting – all of us are finally getting the recognition we deserve because we’ve gone back and we’re doing it safely.

“We’re sort of setting a standard for people to follow and been able to help and advise people, so I think hats off to all the soaps at the minute for doing what we’ve been able to do.”

Actress Fiona Wade – who plays Priya Sharma – added: “From the first day of going back in, the amount of care that’s been taken for our safety and that’s really coming first above everything and actually now it’s like we’ve gotten used to this new way and I feel safest there than anywhere.”