Sam (played by James Hooton) has been enjoying life as a married man recently on Emmerdale after he and Lydia Hart (Karen Blick) finally tied the knot earlier this year. Although he isn’t currently caught up in one of the big storylines which have been playing out on the ITV soap over the past few weeks, he and his wife will be featuring in one of the special lockdown episodes, putting a spotlight on the pair’s anxieties as they quarantine at Wishing Well Cottage. One character notably missing from the scenes will be the father-of-one’s teenage son Samson Dingle (Sam Hall). All will be explained as the topical instalment plays out, but could this lead the youngster’s dad to make a tragic discovery about his son’s health?

It hasn’t always been an easy life for Samson, having lost his mother when he was a baby when Alice Dingle (Ursula Holden-Gill) passed away following a battle with cancer.

As the years have gone by, the youngster has had a lot to deal with, most notably his father falling in love with Lydia and learning Sam had a part to play in helping his late wife end her life.

The village teenager has become more central to storylines in recent months, having got caught up in some trouble earlier this year when he pawned his mother’s wedding ring.

This was all because he wanted to go on a school trip to France, but caused more turmoil than he meant to as Vinny Dingle (Bradley Johnson) ended up taking the wrap until the teenager owned up.

What will transpire in the lockdown episodes is Samson did go on the trip, but could his father later receive some unsettling news? 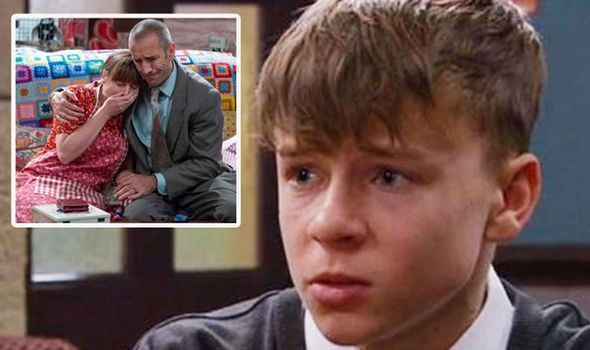 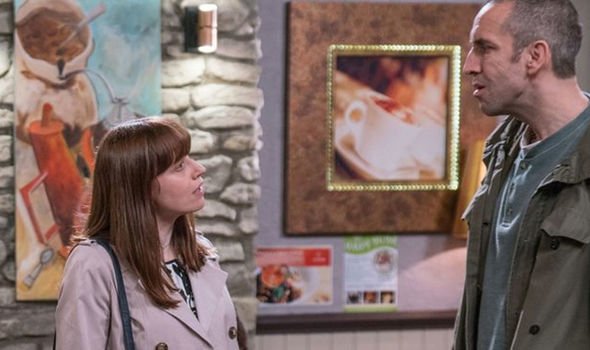 Next week will see Sam and Lydia discuss Samson’s absence, which puts the father-of-one on edge as he tells his wife not to leave the house.

Having been inside for weeks, the new member of the Dingle clan finally decides to go and get some shopping, despite her groom telling her he would do all the essential trips.

This is because earlier this year, the step-mother discovered she could have inherited the Huntington’s Disease gene from her birth mother, making her vulnerable during the coronavirus pandemic.

Her spouse is furious when he discovers his other half has been outside and as she tries to understand his worry, he finally reveals why he’s so anxious. 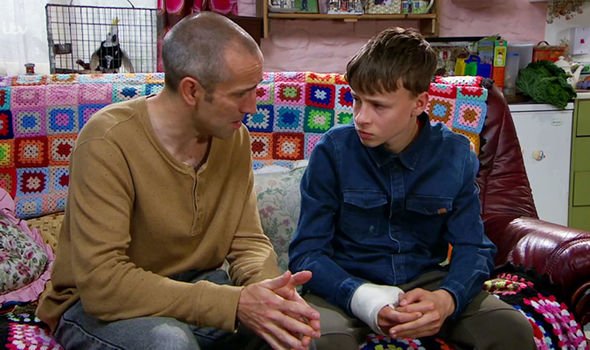 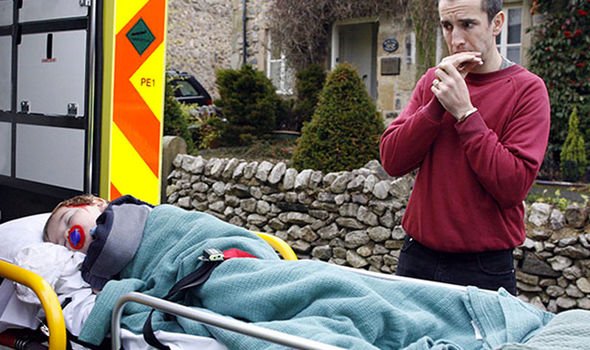 Samson is being well looked after

Viewers will see the emotional scenes play out, but although he thinks his son might be safe many miles away, could the youngster end up suffering a health scare?

Soap star James, 46, has said of his character’s son being missing from the set-up: “He loves his son.

“But Samson is being well looked after and in the script, Sam comments that Samson will be loving it as he can be on his phone all day without people giving him any grief about it.

“He is on this trip seeing his French girlfriend. Sam is okay with him being over there as he knows he is okay.

“His major concern is with Lydia,” the actor explained, but should he be worrying more about his son? Is the youngster telling his father lies to ensure he doesn’t panic him?

The teenager’s health has been of concern before, even before he made his arrival into the world over 14 years ago.

When she was pregnant with Samson, Alice discovered her son was smaller than usual and when he was born, the character had to spend several weeks in intensive care as he was premature.

Just a year later, Sam’s son was rushed to hospital as he had meningitis and although it was touch and go for a while, he pulled through.

During this time, the father-of-one didn’t move from his child’s side and held a vigil, showing just how determined he was to protect his son.

Not long after, Sam almost lost his son when social services were called as the youngster had drunk a glass of vodka.

Again, his father ensured his child wasn’t taken away, but sometime after, the youngster ran out into the road and was knocked down by a car.

This resulted in a broken arm and once again, childcare services intervened but after months of turmoil, the Home Farm groundskeeper finally got his small family unit on an even road.

Since then, they’ve been caught up in more Dingle clan drama away from health matters, but will the father-of-one be left shattered if he discovers his son’s life is in danger once again?

Who is Georgie on The Walking Dead cast?

Ole Gunnar Solskjaer compares ‘specialist finisher’ Mason Greenwood to Wayne Rooney – but how does he really stack up?