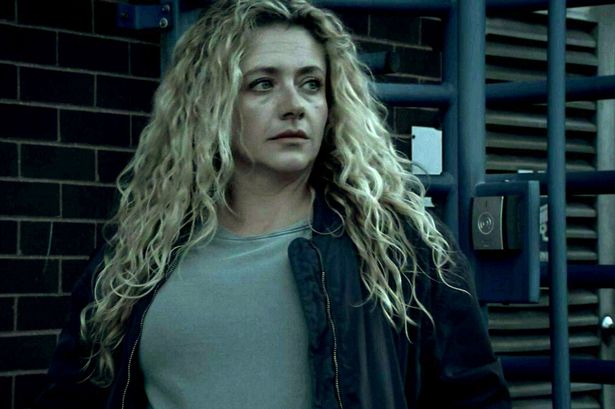 The actress, best known to audiences for portraying Maya Stepney in the ITV soap, showed off her new do in a post on social media, revealing a darker blonde look that is ‘a lot less curly’.

‘Bit less blonde. A lot less curly. And nowhere to go tonight except home!!!,’ she wrote, alongside a selfie, which revealed her new look.

The soap star, 42, also thanked her hairdresser for ‘taming the curls,’ before adding that it’s only ‘for a short while’.

Louisa, who is also known for her work in Judge John Deed, played Maya on the long-running soap between 2018 and 2019.

She was later released, and subsequently gave birth to a baby, Theo, who turned out to be David Metcalfe’s (Matthew Wolfenden).

Louisa opened up about the role earlier this year, revealing that she’d received abuse from strangers when she was out and about.

‘I did have a situation where I was with my little son, who was two,’ she told The Sun.

‘I’m with my son and he just thinks some strange lady has come up tom me and said something mean’.

The Serpent: What happened to Herman Knippenberg? Where is Herman now?