After decades and decades of defeat, the Three Lions are heading to the Euro 2020 final.

The Harry Kane captained England team beat off a robust challenge from Denmark with a 2-1 win in extra time in the semi-finals of the tournament at home at Wembley on Wednesday. The England football (soccer) team will now face Italy on July 11. The jubilant team won’t have to travel very far as the UEFA  final is also being held at the London stadium with distinct home advantage.

This is the first time since 1966 that England has gone right to the cusp of absolute victory. Or as fabled British football commentator Ian Drake said his booth buddy Stewart Robson today: “No one under the age of about 65 will have ever seen England play in a major tournament final.”

Shown on ESPN in the US, the surely well-watched match also heard drop some further choice commentary insights from Drake and Robson such as “this is very, very stressful …these games should come with a government health warning.”

Though England were tipped to win by most analysts and betmakers, it was a cracker of a goal from the Danes’ Mikkel Damsgaard that put the visitors in the lead. Having just conceded their first goal of the pandemic delayed tournament, the clearly shaken Gareth Southgate-managed England responded with the roar fans in-person and watching on the small screen sought.

A furious thrust from England’s golden booted Raheem Sterling led to Denmark captain Simon Kjær scoring an own goal that leveled the game in the 39th minute. After that it was a World War I battle of attrition and inches on the pitch with missed corners and free kicks opportunities galore for both sides advancing neither as the pressure intensified. Overall, England poured the pressure on in the second half, garnering about 10 free kicks and 2 corners that resulted in a half-dozen shots on goal while Denmark seemed barely made it out of their half of the field.

Of course, missing from the match for Denmark was the talented Christian Eriksen. Having been struck by a cardiac arrest on June 12 during the team’s opening Euro 2020 game. A recent former teammate of Kane’s at Spurs, an absent Eriksen was awarded a special England shirt at the start of the game in an on-pitch ceremony. 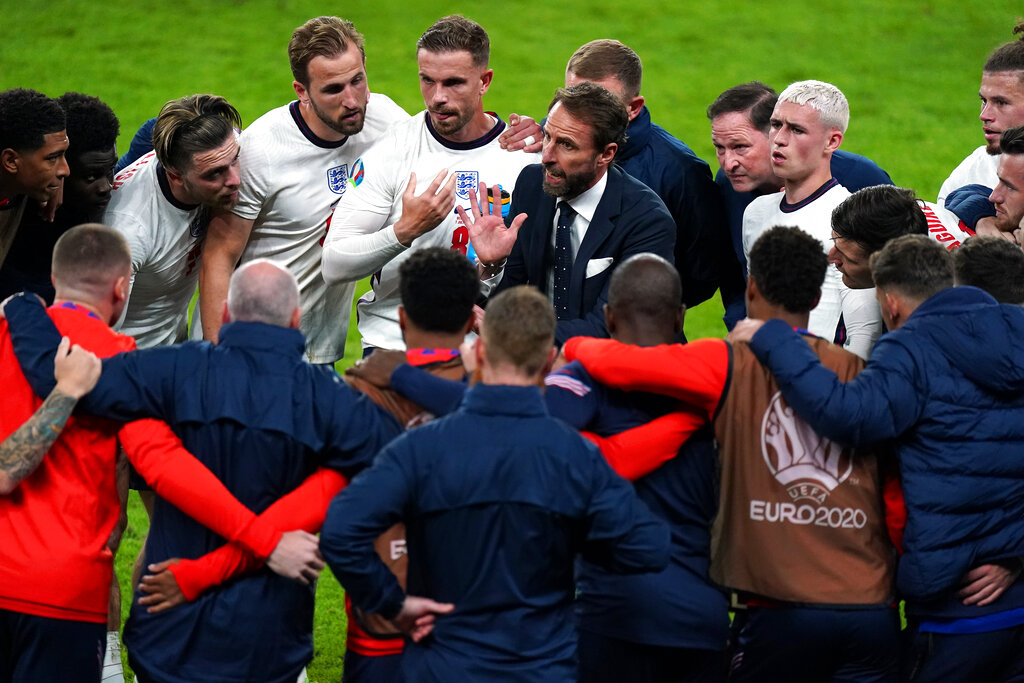 Going beyond the standard 90-minutes and with the 64,000 fans in the stadium on edge, the whole matter was settled in the 103-minute in a heart stopping moment.

England and Tottenham Hotspurs captain Kane recovered with a rebound from a fumbled penalty shot and finally got one past the human wall known as Kasper Schmeichel. The surge of sound from the approximately 56,000 England supporters in the stands could surely be heard as far off as Copenhagen.

With Denmark depleted to 10-men, the tense final minutes were a countdown to an explosion in the land of William Shakespeare and David Beckham. An unending burst of generations of frustration suddenly healed that came louder than bombs when the final whistle was blown.

As the beloved song from the 1996 European Championship says, ‘Football is coming home!” And they sang it and ‘Sweet Caroline’ over and over in Wembley and on the streets of England today.

'The Bachelor': Is Michelle Young Friends with Rachael Kirkconnell Now?