Fear By the Lake, also known a Peur Sur le lac, is the French drama series on Channel 4 and All 4 but who is in the cast? Express.co.uk has everything you need to know.

Who is in the cast of Fear By the Lake?

Julie De Bona stars as Detective Lise Stocker in Fear By The Lake.

In the third series, she is investigating the threat of a deadly virus.

De Bona is a French actress, best known for her role as Rose River in the TV series, The Bazaar of Charity.

Her other credits include Nina, Arab over the city and Camping 2.

She has also starred in numerous theatre productions, including Huge! The Imaginary Invalid and Devil’s Tail. 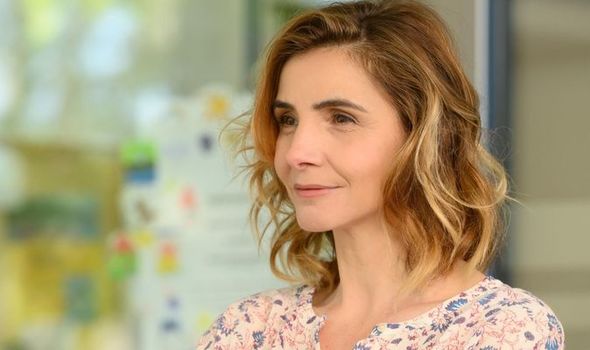 We will use your email address only for sending you newsletters. Please see our Privacy Notice for details of your data protection rights. The Crown fact check: How accurate is The Crown?

Lannick Gautry is a French actor from Saint-Germain-en-Laye, Yvelines, France.

He is best known for his film and television career, most recently appearing in the TV series La vengeance aux yeux clairs as Yann Legoff.

Gautry also starred as Antoine in I Kissed a Girl and Charles Caillaux in The Gilded Cage.

His other well-known credits include Russian Dolls and Hellphone.

Her other well-known film credits include Beyond Silence and French Women.

She has also starred in several television series including Germanized, Maximilian and Les Déferlantes.

Clotilde Courau is a French actress from Hauts-de-Seine, France.

She is the wife of Emanuele Filiberto di Savoia, a member of the House of Savoy and the grandson of Umberto II, the last reigning King of Italy.

Most recently, Courau starred in the Italian drama The Bad Poet and the French comedy, An Easy Girl.

Pierre Perrier is a French film and television actor, who plays Mathias Weber in Fear on the Lake.

He also played the role in the show’s first series, The Killer of the Lake which aired in 2017.

He is best known for playing Burton in the film Game for Motel Room and Maxime in Sexual Chronicles of a family today.

Most recently, he starred as Chris in the TV series Romance of Hervé Hadmar.

Matthias Van Khache stars in Fear on the Lake as Marc Feldman.

He also played the role in The Killer of the Lake, which aired in 2017.

Van Khache is a French actor who has starred in numerous films and television series over the years.

He most recently starred in Grand Hotel as Alfred de Mariese and Patrick Delorme in Camping Paradis.

His film roles include Malovitch in Djinns and Jean-Paul in Born in 68.