FEAR The Walking Dead star Danay Garcia has revealed there will be major changes to filming when the cast are able to return to work.

Like every other television show, the entirety of The Walking Dead universe is on hold due to the coronavirus pandemic and the spin-off show had just started production on series six when it was put on hold.

Garcia, 35, told ComicBook.com's Talking Shop that AMC will have to make some alterations to their workspace once they are able to return.

He stated: "I'm assuming that the whole entire process of work will change completely."

I'm assuming that for things like lunch together, we're not gonna be able to be to eat in one place eating lunch,"

"And now this entire situation of like social distancing and all that, I'm sure when if we come back, the rules are gonna have to change, 100%."

The star, who plays Luciana Galvez on the show, explained that they were right in the middle of filming new scenes when coronavirus news broke and were sent home within a couple of weeks.
She said: "We kinda knew that it was coming to an end. Because, Fear the Walking Dead or any production were minimum 80 people, minimum, on a light day. Imagine with all the walkers and background artists, it goes into 150 people. It just became obvious that we're gonna shut down, for sure. It just happened in a matter of two weeks, to be honest."

Due to the feeling of uncertainty caused by COVID-19, there is no word on when Fear the Walking Dead will resume filming the sixth season.

However, fans of Garcia can catch her in Sam Raimi's 50 States of Fright horror series on the new US video platform Quibi, which is available now. 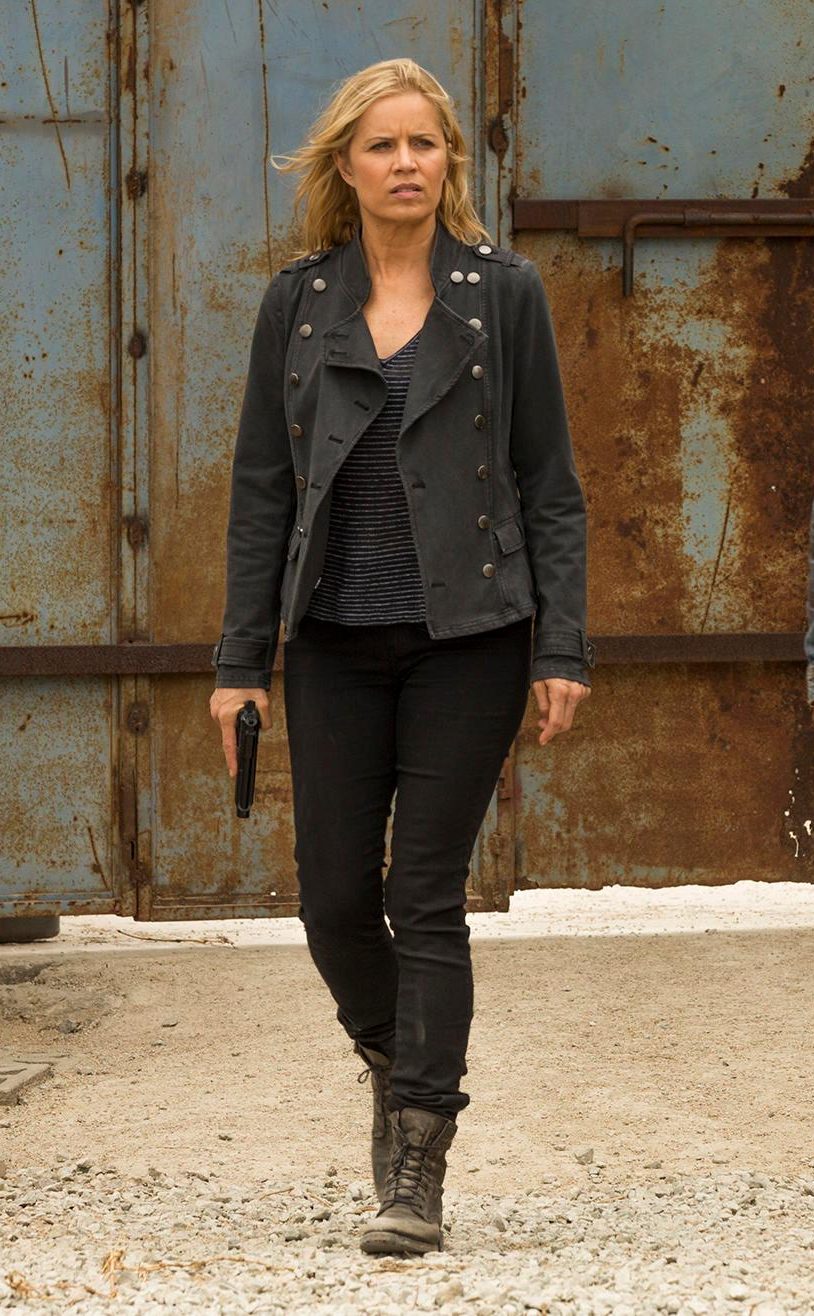 A former star of the AMC show Kim Richards has commented on the rumours that her character could come back from the dead in series six.

Kim, 54, starred in the prequel to The Walking Dead as Madison Clark for the first four seasons, before making her exit in 2018.

She was killed off during the fourth series, but her death wasn't shown on screen, which lead some fans to believe that she may in fact be still alive.

She sadly denied the rumours, explaining: "I think online, they picked up that maybe it was a tease in the trailer that Madison was coming back.

‘This Is Us’ Season 6: Milo Ventimiglia Reveals Which Cast Member Won’t Be Crying About the Last Season