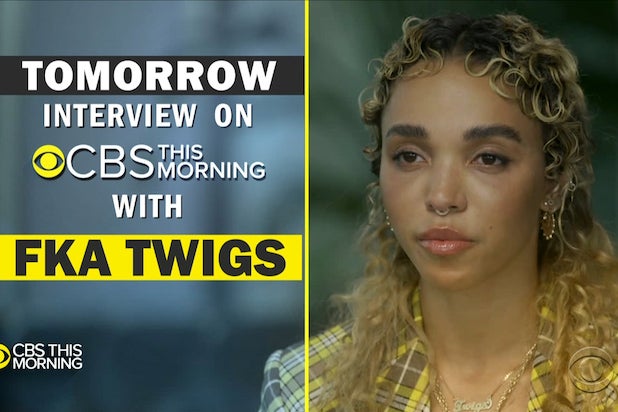 Singer FKA Twigs is speaking out about her ex Shia LaBeouf for the first time, accusing the actor of abuse and using “calculated, systemic and tricky” tactics to control her in their relationship.

Twigs, whose real name is Tahliah Debrett Barnett, did an interview with Elle Magazine and with Gayle King for “CBS This Morning” in a full interview to air Thursday, and she describes the details in her lawsuit filed against LaBeouf back in December. His lawyers have denied all the allegations in the lawsuit.

Barnett says that LaBeouf would use a combination of “love bombing,” gaslighting and social deprivation over the course of their year together. Both in the lawsuit and in the interview with Elle, Barnett talks about how LaBeouf would use aggressive expressions of love to win her back, wake her up in the middle of the night and accuse her of wanting to leave him or withholding herself from him, keeping a gun with him by their bedside that made her afraid to use the bathroom at night and even try to get her to avoid eye contact with male waiters or speak with friends.

“If you put a frog in cool water and heat it up slowly, that frog is going to boil to death. That was my experience being with [LaBeouf],” Barnett told Elle in describing why she didn’t leave earlier. “I think now the most frustrating thing is…a lot of the tactics the abuser will use are things that if I would’ve known, I could have spotted in the first month of my relationship.”

Twigs said the abuse escalated when she agreed to move in with LaBeouf in Los Angeles in October 2018, shortly after which he would begin sleeping with a gun by his bedside. She says LaBeouf did so to “get into character” for his role in the 2020 film “The Tax Collector” and that he would brag about shooting stray dogs as research for the part. She says he would also accuse her of not supporting his acting.

“I realized then I wasn’t just dealing with a tortured person who was going through a divorce. Or that outside factors in his life [were] making him act out on me. I was involved with an inherently abusive person,” she said. “He was like, ‘Because I take my art seriously. You’re not supporting me in my art. This is what I do. It’s different from singing. I don’t just get up on a stage and do a few moves. I’m in the character.’ He made me feel bad, like I didn’t understand what it was like to be an actor or to do this.”

In addition to the abuse, Twigs told Elle that LaBeouf gave her a sexually transmitted disease and later learned that LaBeouf had infected another unsuspecting sexual partner.

LaBeouf was dropped by his agent CAA earlier this month, and his lawyers in response to the sexual battery lawsuit from December have both generally and specifically denied all the accusations made in the suit. He had previously made a statement to the New York Times in December that he denied the allegations at not true, but added, “I have no excuses for my alcoholism or aggression, only rationalizations. I have been abusive to myself and everyone around me for years. I have a history of hurting the people closest to me. I’m ashamed of that history and am sorry to those I hurt. There is nothing else I can really say.”

Do Max and Linda have an affair in EastEnders?