Friends fans will remember the first ever episode of the sitcom, which is streaming on Netflix, that saw a rainswept Rachel Green (played by Jennifer Aniston) storm into Central Perk in her Wedding dress to reunite with Monica (Courteney Cox).

However, before she made her iconic entrance spilling all about her dash from the alter, another character made a quick cameo that could be missed in a blink of an eye.

Fans may remember the character Jasmine (Cynthia Mann) who, despite only featuring in four episodes of the show made a major impact on the character’s lives.

Jasmine was Gunther’s (James Michael Tyler) roommate, and viewers may remember she played a major role in Rachel finding out Ross (David Schwimmer) had an affair with Chloe (Angela Featherstone).

In a complex turn of events, Chloe told her co-worker who was Jasmine’s brother Isaac (Maury Ginsberg), who then told Gunther, who eventually told Rachel.

However, it seems wasn’t just information Chloe was stirring as she also makes an appearance in the Season one episode as a Barista.

She is event the one to begin taking Rachel’s order as she runs in to look for Monica.

Although very few fans noticed the cameo, one Reddit user did sharing a picture of the actress pouring coffee.

Pleased with the cameo, one user commented: “Totally plausible that she had a waitress/barista gig besides massage, also later on she is Gunther’s roommate, and it explains how they got to know each other at the first place.”

A second added: “Wow I never thought of that, neat!” 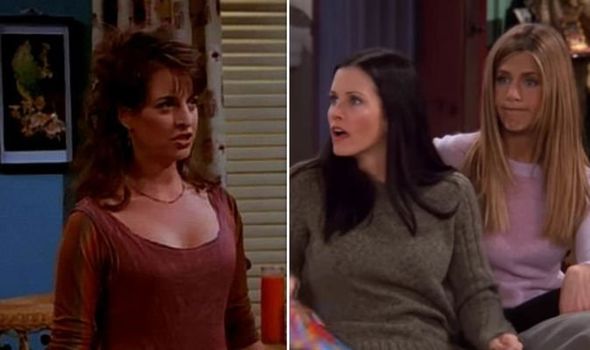 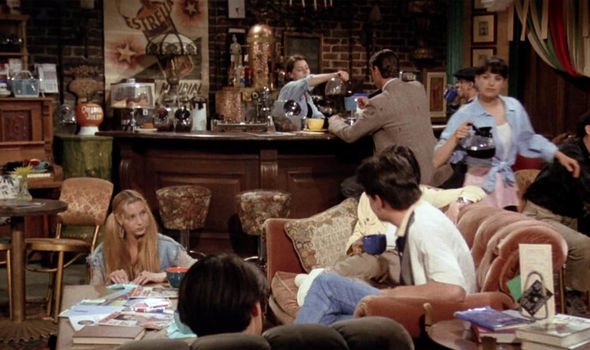 The cameo isn’t the only mystery to be uncovered in episode one, as fans noticed something strange about when Monica introduced Chandler (Matthew Perry) and Rachel.

Fans may remember that Monica introduced Chandler as a new face despite the later revelation the pair had met many times in the past.

Future episodes of the popular sitcom featured many flashback episodes where Monica and Rachel spent time with Ross and Chandler as the boys returned from college.

Fans will remember the episode called The One Where the Stripper Cries where Rachel and Monica threw Phoebe (Lisa Kudrow) a bachelorette party.

While the girls were at the party unimpressed by the elderly stripper, Chandler and Ross went to a college reunion where the two recalled their many misadventures of 1987. 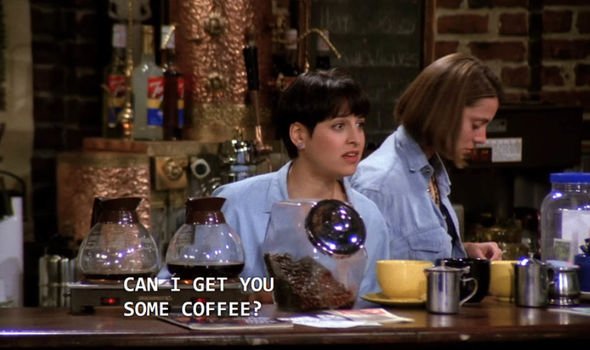 In a flashback scene, it was revealed that Rachel and Chandler even kissed at one of his college parties, when high-schooler Rachel showed up with Monica in tow.

During the freshman year get together fans saw Rachel approach Chandler, reminding him they already met at thanksgiving.

So why would the act as though they never interacted together?

This could be a plot hole, or the fact nobody wanted to bring up the awkward era.