Fantasy fans lauded the HBO series for its immersive worlds and layered characters. And while season eight faced its fair share of criticism, the Battle of Winterfell in episode three was undoubtedly a spectacle to behold. Now, a handful of Game of Thrones viewers have recently theorised that the fate of Samwell Tarly (played by John Bradley) during the bloody war was foretold way back in season two.

In the finale of Game of Thrones season two, Sam gets a close look at the terrifying White Walkers.

The scene in question intrigued viewers early in the series, as the way the sequence is cut heavily implies that the Walkers spare a cornered Sam after looking him right in the eye.

Later seasons seem to contradict this scene, as fans are given no reason why the Walkers would choose to spare the life of poor Sam.

Could the fact this wight spared Samwell way back in season two have pre-empted his survival in the Battle of Winterfell? One fan took to Reddit with a tongue-in-cheek theory. 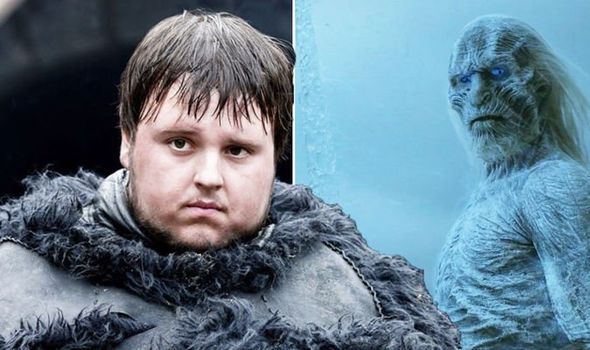 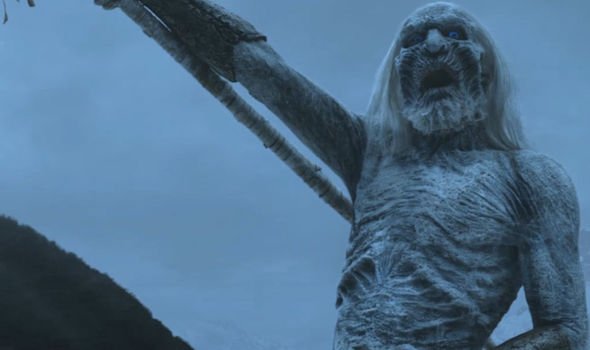 Reddit user AcoupleofIrishfolk said: “In S02E10 The White Walkers spare Sam after he p****s himself. This is foreshadowing to them being defeated by p*** poor storytelling in S08E03.”

After years of build-up, many fans were left frustrated when the White Walkers were unceremoniously dispatched in just one episode in season eight.

Other fans have been quick to comment with a torrent of possible theories, analysing everything from the direction of the scene to clues from George RR Martin’s original books.

So far, nothing has been unearthed to make the misleading scene make sense. 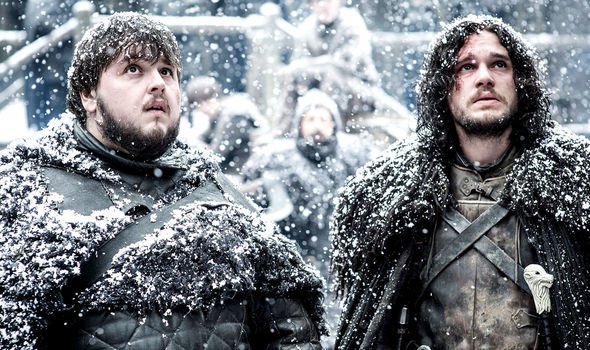 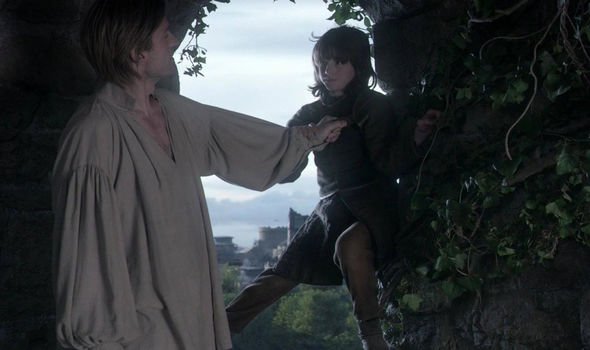 One GOT fan suggested: “I think it’s a directing problem.

“They don’t actually see Sam. He’s hiding in the rock in front of the White Walker and is looking back to see if he was found.”

When the tense exchange between Sam and the White Walker cuts back to an impressive wide shot, it does reveal that their eye line doesn’t quite line up.

This wouldn’t be the first time Game of Thrones set up intriguing plot threads only to completely go back on established character moments in later seasons.

One fan lamented how the shocking conclusion to the very first episode was completely abandoned as the show went on.

They said: “Remember when Bran (Isaac Hempstead Wright) told Jaime (Nikolaj Coster-Waldau) he didn’t tell anyone that Jaime pushed him out of the window because Jaime would be of no use to him dead?

They then joked: “But then Jaime was of no use to anyone at all at any future point in the story.”

Some fans suggested that Sam simply had to be kept alive to be useful later on in the story.

One said: “He’s GRRM’s spirit character and a surrogate for the author. He’s the in-universe author of the story, like Bilbo was for Lord of the Rings, so basically just has insane plot armour.”

Although the scene has provoked fierce debates and disagreements in the Game of Thrones fanbase, sometimes fans just have to accept that some characters die and some don’t.

Hopefully, the plot of the upcoming spin-off series House of the Dragon is a little more cohesive.

Game of Thrones season 8 is available to buy on Blu-Ray and DVD now.