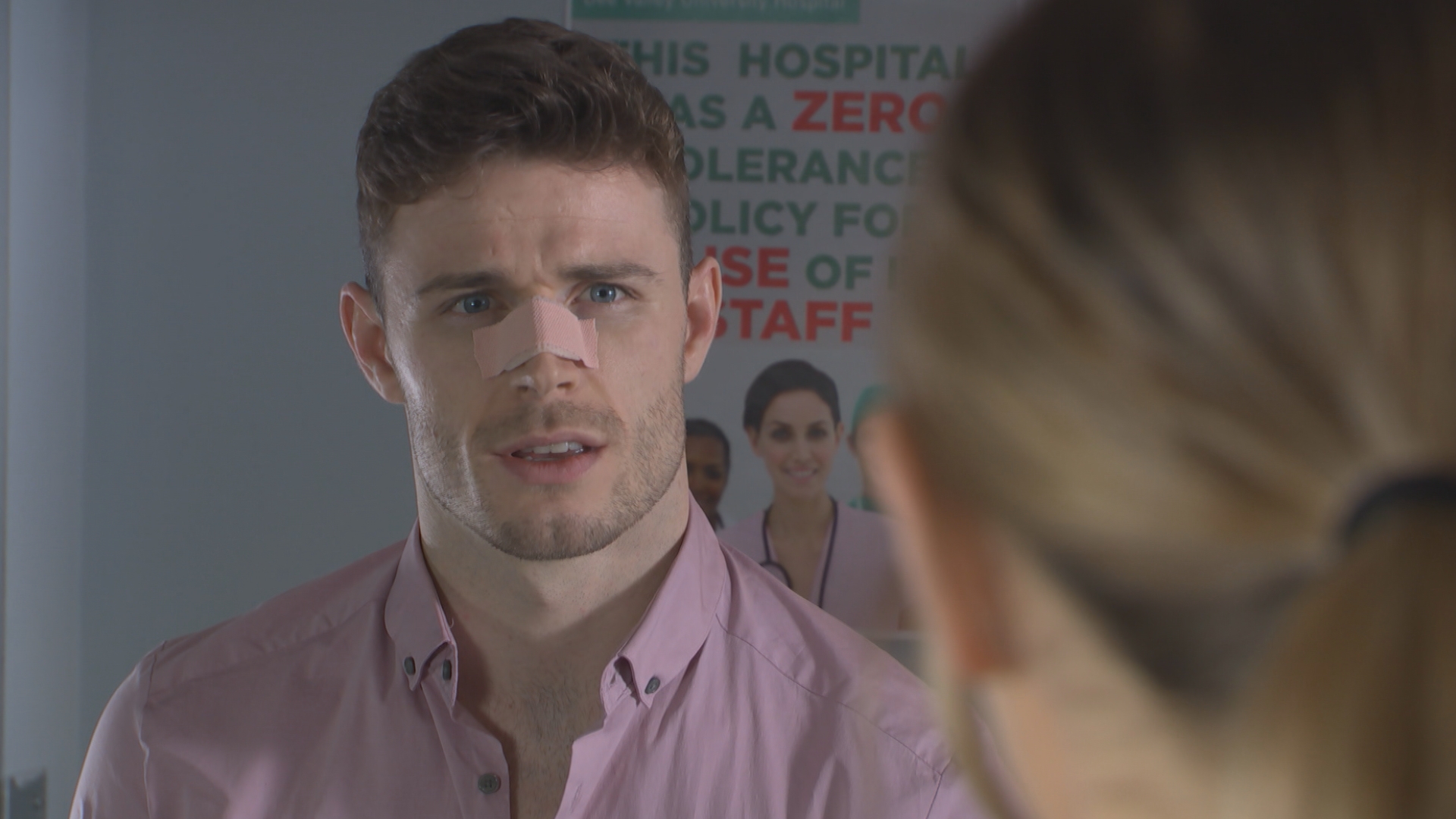 George Kiss (Callum Kerr) sinks to a new low in Hollyoaks, as he plays the victim once again, allowing several residents to believe John Paul McQueen (James Sutton) is abusing him.

Upcoming scenes see John Paul lie his way out of helping Sally St Claire (Annie Wallace) with a school art project so that he can spend the evening with George.

What’s more, he and Courtney Donovan (Amy Conachan) have a boozy lunch with George, instead of assisting at the school, but they’re soon caught red-handed by Sally!

The head teacher is less than pleased, and informs John Paul that she had previously been considering recommending him for a promotion at a prestigious school, and he’s left feeling guilty as a result.

Therefore, he tries to make things up to Sally, but manipulative George interferes once more. Later, fun and games lead to George getting injured!

The copper heads to the hospital to get treated in the wake of his injury, and Peri Lomax (Ruby O’Donnell) treats what she suspects is a broken nose.

However, George soon starts to make out that John Paul was to blame for his injury, which leaves Peri concerned.

Courtney’s suspicions are also raised, and she later asks George if John Paul has been hurting him.

The policeman is shocked, but he does little do get rid of Courtney’s concerns.

Will George continue to paint John Paul as an abuser? If so, how will John Paul really when he finds out what his beau has done?

Everything leaving Netflix in September 2019: Fast & Furious films, The Dark Knight, and more