Warning: This story contains spoilers for the season 1 finale of Ginny & Georgia.

Ginny & Georgia‘s wild first season has fans wanting more. In the final episode of the Netflix series’ first season, Ginny (Antonia Gentry) takes off in the night with her brother, Austin (Diesel La Torraca), on her sometimes love-interest Marcus’ (Felix Mallard) motorcycle, after finding out that her mom, Georgia (Brianne Howey), likely murdered her husband, Kenny, with a deadly plant.

“I don’t know about you, but discovering your mom is a murderer would really throw you in for a loop,” Gentry tells ET. “She knew Georgia was dangerous, what with the secret gun… but to put two and two together and say, ‘Oh wow, my mom killed someone,’ that’s a little bit [different].”

Though Ginny covers for Georgia with a suspicious private investigator, finding out the truth was “such a shock” for the teen, Gentry noted.

“Georgia is very hard to keep up with,” Howey tells ET. “She’s exhausting because she has all of these masks, all of these facades that she has to keep in line. She’s built this little house of cards for herself.”

In the final moments of the episode, Georgia seems to come up on top, implying to the private investigator that she’s scattered Kenny’s ashes by placing them in the fireworks at her new fiancé, Mayor Paul Randolph’s (Scott Porter), election victory party.

“I think what she does at the very, very end with the fireworks was the most shocking and satisfying scene,” Howey says. 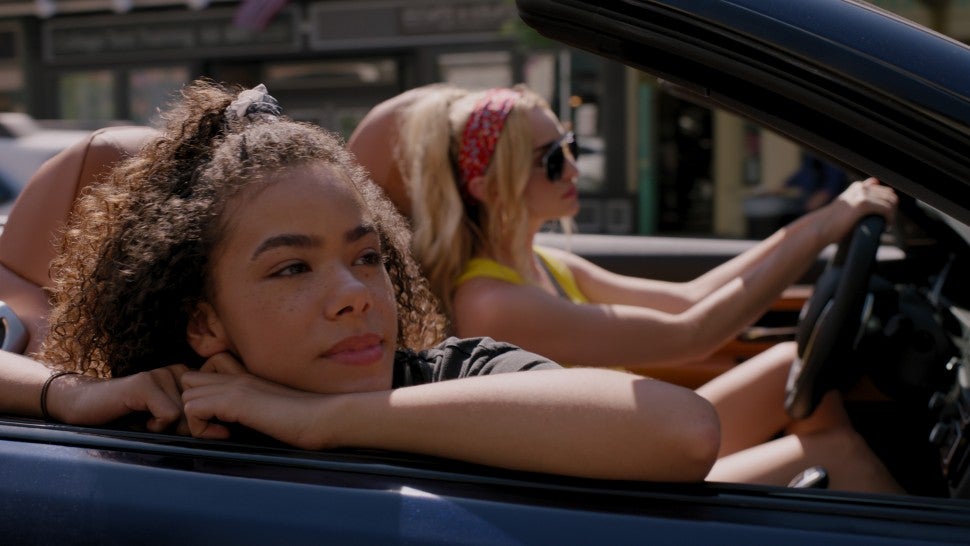 At the same time, viewers see Ginny and Austin make their escape, but not before they burn the plant that was responsible for Kenny’s death.

“We knew where we wanted to end it,” creator and executive producer Sarah Lampert tells ET. “… Ginny now has blood on her hands with this decision to protect her mother. She is now culpable. We see her kind of start to run, which is a mirror of what Georgia did.”

“There’s a little Easter egg when they’re driving into Wellsbury and… Georgia says, ‘We’re going to run this town,’ and Ginny says, ‘Run it, burn it to the ground, run fleeing into the night, same difference,'” Lampert continues. “That is what happens ultimately. There’s a fire with the plant, there are the fireworks and Ginny runs fleeing into the night.”

That final sequence, showrunner and executive producer Debra J. Fisher tells ET, “just encapsulates everything for them in the first season.”

Now that Ginny’s on the run with Austin, Gentry speculated that she’ll benefit from the similarities she shares with Georgia.

“I think Ginny is very smart and she knows that she has resources. She is just going to figure it out. That’s just what she’s always done,” Gentry says. “That’s what Georgia has always put in her, as much as she tries not to be like her mom. She might not go to the same extreme lengths as Georgia, but she puts her family first.” 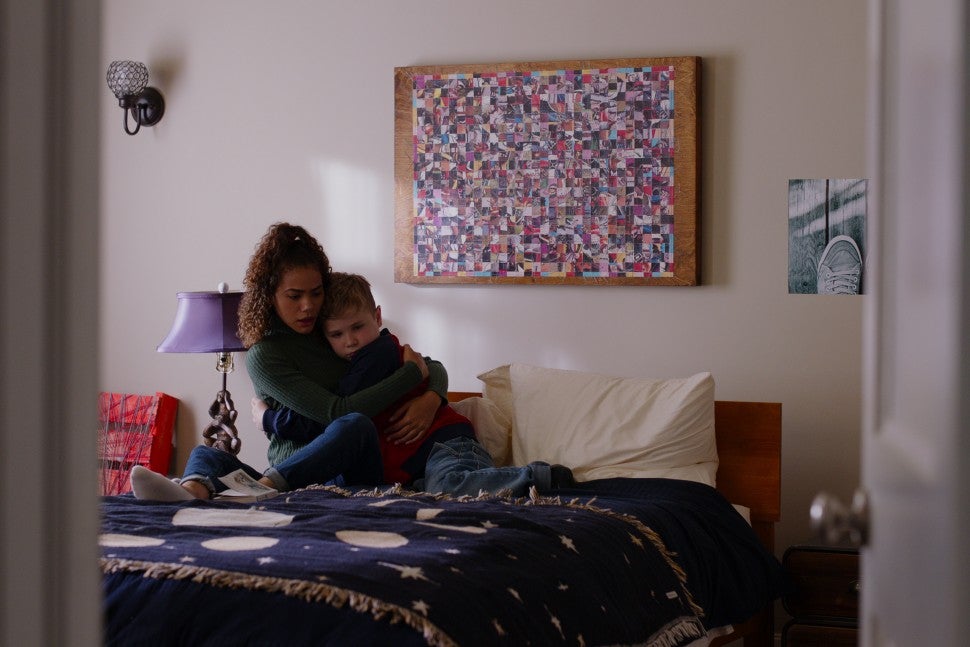 Meanwhile, Ginny finds added reason to run with her crumbling love life and friendships. She angered her best friend, Max (Sara Waisglass), by sleeping with her brother, Felix.

“I think there’s an extreme sense of them having to be with one another no matter how messy it is, no matter how much they shouldn’t. They just can’t keep themselves from connecting,” Mallard tells ET. “… We love each other but we shouldn’t…They’re the only people that make sense to each other.”

“It’s really important to me that the high school kids are really written with the sense of real emotional honesty and nuance and depth in a way that I think doesn’t always happen when writing high school kids,” Lampert says. “… Every single character is sympathetic at the same time. I think that’s just hard to do.”

“MANG is in disarray right now, so we’re setting up great questions of where we could possibly go with that as well,” Fisher adds of season 2 possibilities. 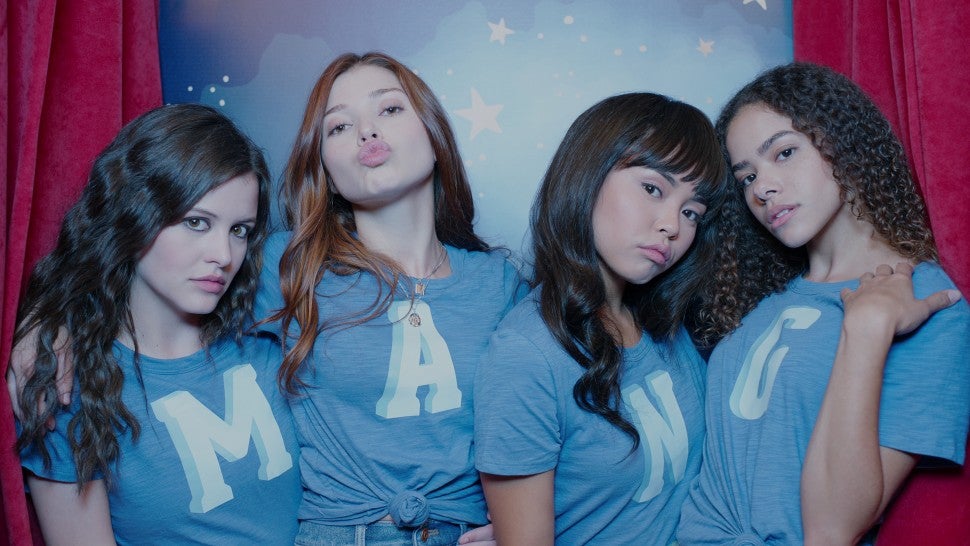 Elsewhere in the finale, Joe (Raymond Ablack) finally discovers his connection to Georgia — something Georgia has been well aware of since her first day in town.

“It’s one of my favorite aspects [of the show],” Howey says of Joe and Georgia’s connection. “… It’s so, so heartbreaking by the end.”

As for a potential second season, should it happen, Howey wants to make sure “something goes wrong and Ginny comes home,” while Gentry wants to know more about the private investigator who’s researching Georgia’s past. 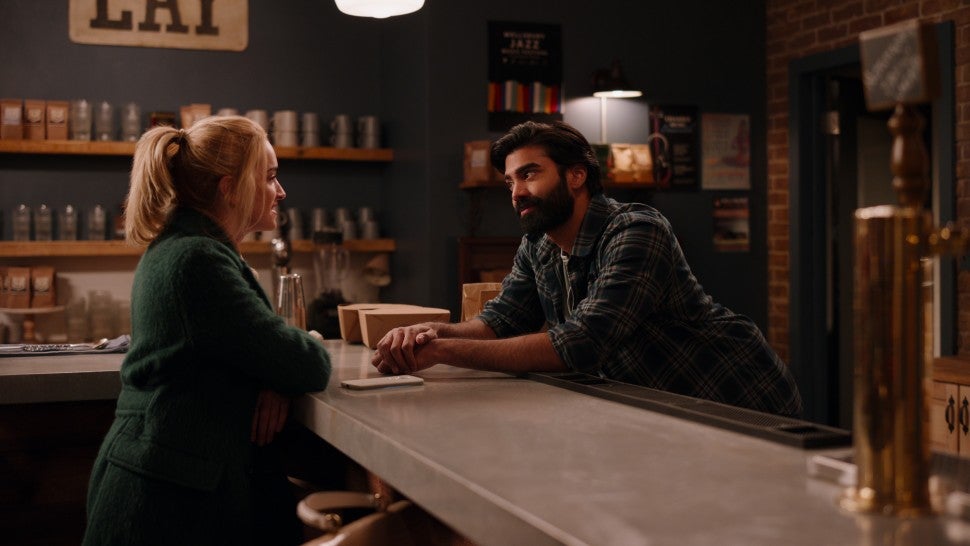 Season 1 of Ginny & Georgia is now streaming on Netflix.